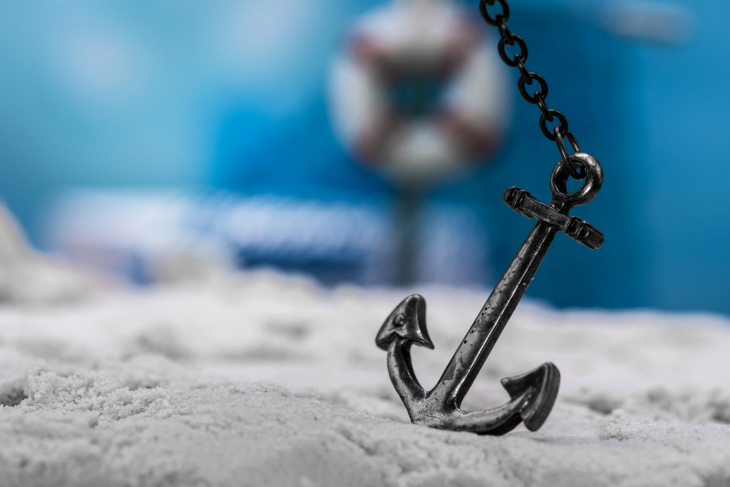 Here at MyWallst, we’re frequently asked about the best books we have read that give us new perspectives on investing and the market at large.

In my opinion, any investor that’s serious about improving their strategy and temperament should shell out to buy Daniel Kahneman’s bestselling ‘Thinking Fast and Slow’. In this book, the Nobel-prize winning psychologist and economist details some of the most impactful biases that affect humans in their day-to-day decision making — invaluable considering that a long-term investor’s worst enemy is often their own irrational self.

One of the theories first posited by Kahneman and his late research partner Amos Tversky is anchoring. Anchoring is one of the so-called cognitive biases which sees us focusing heavily on one singular piece of information, so much so that all of our other decisions related to that piece of information then become influenced by it whether we realize or not.

Anchoring is most often exploited by marketing departments. Imagine your favorite pair of Nike trainers, for example, which you know for a fact never sell for less than $120. That price remains an unconscious anchor in your mind — the “right” price for those trainers — until the day you see them on special offer for $100. Of course, you immediately snap them up thinking more about how you saved $20 rather than the fact that you’ve just spent $100.

In the stock market, we see the effect of anchoring played out most often in relation to stock prices. Rationally, we know that stock prices are just a reflection of what the market thinks of a particular company at that precise moment in time and that, for long term investors at least, the short-term fluctuations are largely irrelevant in finding good opportunities.

However, our irrational selves can’t but help seeing stock prices as a tangible signal of the value of a company — a figure that we can grasp onto when we think of a certain business. While this in and of itself isn’t necessarily a bad thing, it can have surprising effects on the attitudes and actions we take.

GoPro remains one of the most disappointing stocks in our shortlist to date, down some 70% since we first picked it in 2015 (and, thankfully, one of only 10% of stocks that are negative since we picked them). For our analyst team here at MyWallSt, GoPro stock will always be anchored to the $36 per share it sat at back in September ‘15 when we added it.

But this $36 figure is just an arbitrary number. If you had happened to open a position in GoPro this time last year, for example, you could have picked it up at around $2.80 a share and would now be sitting on a four-fold gain. That’s the type of returns we saw in some celebrated stocks of 2020 like Zoom and Peloton.

With this in mind, let’s take a look at the biggest risks that anchoring poses to intelligent investing.

It gives us narrow definitions of companies and their value.

See the GoPro example above. Anchored to $36 per share, GoPro is a dog of a stock. Anchored to $2 or $3, it’s been a multibagger. Companies are so much larger and complex than their share price, so don’t reduce them to a single figure.

It prompts us to make rash decisions.

“Buy the dip” is surely one of the most uttered phrases on Wall Street. It is also intrinsically linked to the anchoring bias, for if a stock has dipped, that implies that it has fallen below the “correct” price and is now a bargain.

Sometimes it is a bargain, of course, but sometimes it isn’t. If you see a stock that has fallen off its all-time highs (probably the most common anchor of them all), make sure you know why before opening up a position or doubling-down.

It can keep us waiting around forever.

The inverse of the point above. If you first looked at Shopify (our most successful stock pick to date with a 2,500% return so far) at almost any time over the past five years, you would have seen that it was at or near all-time highs and maybe thought that you’d wait until it drops a bit before you invest.

While that might seem like a no-brainer, what you would have found is that the stock just keeps going up and up and up. This time five years ago, Shopify’s all-time high was flirting around $30 a share. The stock is currently about 22.5% down from all-time highs but that means it's trading at $1,142 per share.

That’s expensive if you still remained anchored to 2016 prices, but a bargain if you first looked at it back in January.