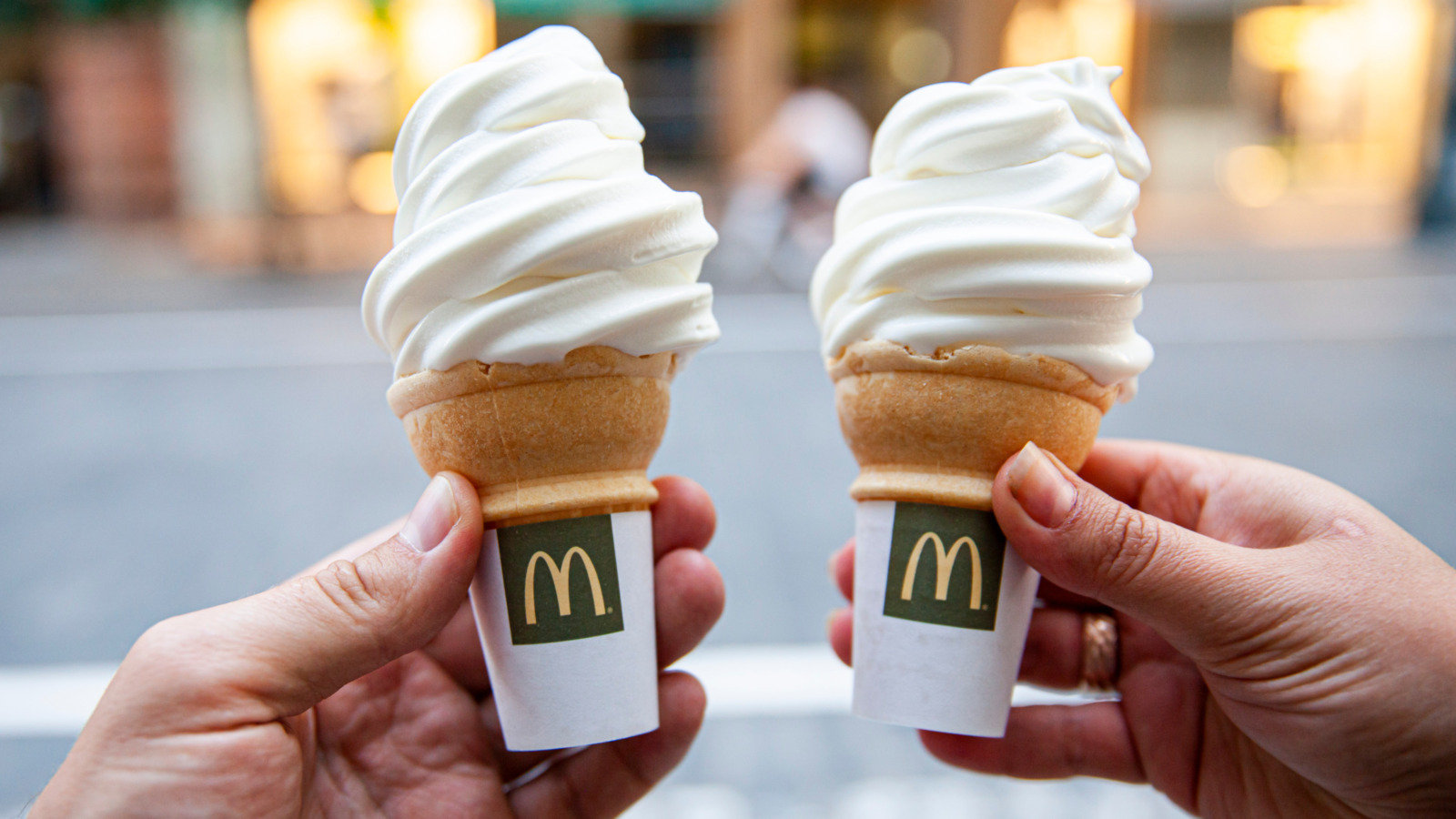 It's a tale as old as time. You start thinking about a hot fudge sundae or a McFlurry, maybe a cone, and you decide you'll make your way to your local McDonald’s. You've had a good week, you deserve a treat. You navigate your way to the Drive-Thru and are greeted by that all-too-familiar, tinny voice which is simultaneously too loud while also being completely indiscernible. You assume they asked you what you want, you respond: "Just an Oreo McFlurry". The next words will crush you. "Sorry, the ice cream machine is broken". Your dreams are dashed.

At any one time in the United States, approximately 15% of McDonald’s’ ice cream machines are broken. If you don't believe me, take a look at McBroken, a live map that tracks the status of every machine in the country. This is an inconceivable statistic for the world's largest fast-food chain and is a considerable anomaly amongst the average failure rates of kitchen appliances. So, what the hell is going on?

McDonald's standard ice cream machine is the C602, which is manufactured by a company called Taylor, which is owned by the Middleby Corporation. Taylor and McDonald’s have enjoyed a partnership for several decades and this model is a requirement for all franchise locations —the machine was picked out by the corporate office. This is an important detail to keep in mind. See, unlike Chipotle, which owns all of its locations, McDonald’s expanded through franchising, meaning each location is owned and operated by independent franchisees. In exchange for the rights to use McDonald’s branding and menu, a franchisee agrees to align with specific standards and practices set down by corporate. This includes everything from uniforms to the location of the building. However, when it comes to kitchen equipment, the franchisee has some leeway, and McDonald’s will typically approve a few models from a few different brands. However, this flexibility does not apply to ice cream machines. The only approved model is Taylor's C602. Therefore, every McDonald's franchisee has to buy one.

Maybe you're thinking: "Taylor must not be very good at making ice cream machines", but that would be incorrect. Taylor supplies ice cream machines to a bunch of fast-food chains, including Wendy's, Burger King, Chick-fil-a, and In-N-Out Burger, and none of them seem to be having this problem. It would appear that the C602 is the odd one out, so what's going on with this specific model?

It turns out most of the time the machine isn't broken, it's just desperately trying to clean itself. In order to keep the piping in the machine sanitary, once per day, it has to complete a cleaning cycle where it heats itself and the ice cream mixture up to 151 °F and then cools back down to freezing. This cycle takes about four hours and is usually completed overnight while the restaurant is closed. However, if for some reason the cycle can't be completed perfectly, the machine presents one of its hundred error codes and locks out all users. It can't be used again until it completes a full cleaning cycle.

Within the C602's manual, the vast majority of these error codes don't correspond to a specific issue, they just tell owners to contact a Taylor authorized service technician. It also discourages McDonald's employees from trying to fix the machine themselves by stating it will void their warranty. This means that franchisees all across the country spend thousands of dollars every year on Taylor-approved services. Worse still, many of these services are for easy-to-fix issues, the most common being too much ice cream mixture in the machine. By decreasing accessibility, Taylor has created a reliable stream of recurring revenue — service fees make up 25% of the company's overall income. In any other environment, Taylor would have to make their machine more user-friendly, but because McDonald's has granted them a huge monopoly, they are competition-less and have no reason to change their dubious ways. Additionally, the service fees are absorbed by franchisees, not the McDonald’s corporation, so the fast-food giant has no motivation to push Taylor for better quality. Instead, it would appear, McDonald’s is happy to allow one of its oldest partners to fleece its franchise owners.

That didn't seem right to Jeremy O’Sullivan and Melissa Nelson. After spending two years experiencing the trials and tribulations of owning a Taylor device, they decided enough was enough. The pair set out to crack the ice cream machine's secret codes and like Alan Turing during WWII, they succeeded. Soon they developed a device known as Kytch, which plugs into the back of the C602 and monitors its inner workings like a spy dropped behind enemy lines. The Kytch delivers data to an owner's phone, helping them improve efficiency while suggesting troubleshooting solutions.

However, it didn't take long for McDonald’s to catch wind of Kytch. Soon, franchisees began to receive emails from corporate warning that Kytch breaches Taylor's "confidential information" and can even cause "serious human injury". The Golden Arches then went one step further and promised to bring out their own, approved version of the Kytch that will be manufactured by Powerhouse Dynamics. Conveniently, Powerhouse is also owned by the Middleby Corporation, the same one that owns Taylor.

Unfortunately, this David and Goliath tale is not one of victory but rather paperwork. Kytch is currently filing a lawsuit against McDonald's’ franchisees. O'Sullivan and Nelson believe some of them turned their Kytch device over to Taylor to help the appliance company reverse manufacture it, a violation of their user agreement. Kytch is also exploring a lawsuit against Taylor as it witnessed orders originating from the manufacturer's legal offices and various executives. However, Taylor maintains that it “does not possess, and has never possessed, a Kytch device” and “has no knowledge of anyone logging onto a Kytch.”

While we don't quite know how the story will end, it is a reminder that things are not always as they seem. Recurring revenue can come in the form of dubious business practices, corporations can work against their franchisees, and broken ice cream machines can be part of a conspiracy.