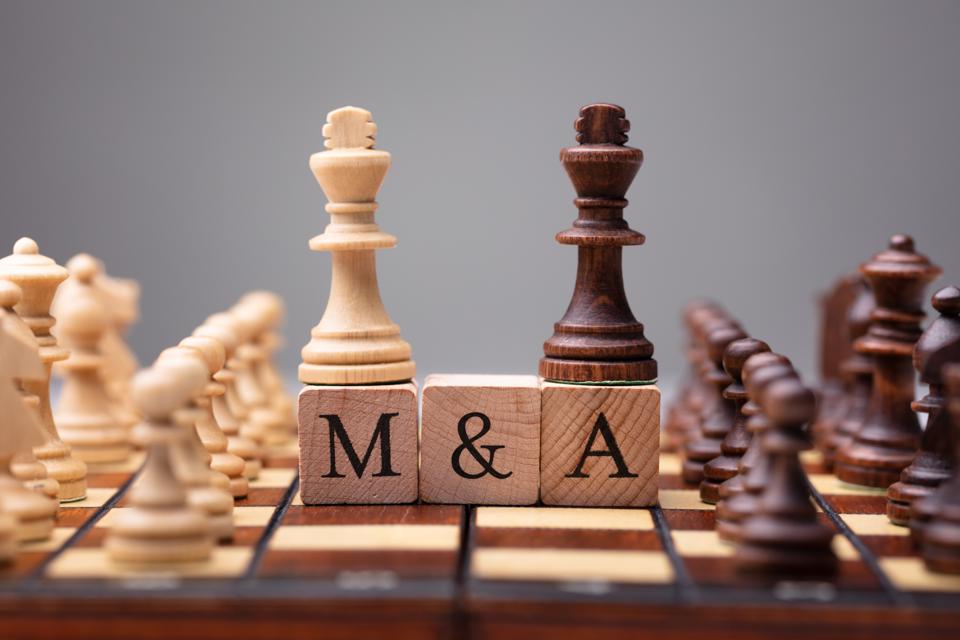 Are We Entering Into M&A Mania?

It feels like we’re entering into merger and acquisition (M&A) mania at the moment. Hidden behind the unavoidable noise of Dogecoin, a number of big acquisitions have been taking place. Just in the last few weeks we’ve seen Twilio acquire Zipwrap, Snap acquire WaveOptics, Square acquire Tidal, and Microsoft acquire Nuance. Bloomberg reports that a record $1.4 trillion has been spent on deals so far this year.

Professor Scott Galloway actually predicted a post-pandemic boon in M&A activity in his most recent book.

Companies fortunate enough to be in a position of strength should be flexing their pandemic muscles. Microsoft’s interest in acquiring TikTok is only the beginning of an M&A (mergers and acquisitions) environment that may be the most robust in a decade. Big tech and the innovator class are playing with fully valued/inflated currency, meaning almost any acquisition is accretive. It takes only a sliver of equity to make a generous stock offer, and cash deals can add more market value by virtue of the multiples new product lines can earn. For example, Lululemon spent $500 million in cash to buy Mirror, and the markets rewarded the company, recognizing the work(out)-from-home movement had leapt a decade, juicing its value $2 billion the next day.

Acquisitions almost always command a lot of media attention, so much so that plenty of column inches and investor mind space is devoted to deals that haven’t even happened and probably won’t ever happen. What if Apple bought Peloton? What if Google bought Discord? What if Amazon bought MGM?

(A note on the last one: in my experience, any hint that Amazon is acquiring something typically means the deal is just a rumor or is already off. Amazon is notoriously private in regards to M&A and any leak causes them to walk away.)

Investors are quick to buy into the hype surrounding M&A. Just hearing that a company in their portfolio is being acquisitive is enough to make them bullish without even knowing what moves they are making. Perhaps they see it as a sign of strength. After all, management wouldn’t be spending hundreds of millions of dollars if they thought the business was in trouble, would they?

Unfortunately, we know that acquisitions are typically a terrible idea. A much-cited article in the Harvard Business Review notes that between 70% and 90% of acquisitions turn out to be failures, yet the practice continues, and rarely are managers called up on it.

Let’s take a look at a very recent example. Last week it was announced that AT&T was divesting itself of WarnerMedia, merging the segment with Discovery to create a new player in the streaming space.

This move was an unwinding of a terrible acquisition that AT&T made back in 2016, in which they acquired Time Warner Inc. for $85 billion. At the time, Ben Thompson of Stratechery pointed out exactly why this would fail.

These are two very different companies with two very different strategic views of content. A distributor in a zero-sum competition for subscribers (like AT&T) has a vertical business model: ideally there should be services and content that are exclusive to the distributor, thus securing customers. Time Warner, though, is a content company, which means it has a horizontal business model: content is made once and then monetized across the broadest set of potential customers possible, taking advantage of content’s zero marginal cost. The assumption of this sort of horizontal business model underlay Time Warner’s valuation; to suddenly make Time Warner’s content exclusive to AT&T would be massively value destructive (this is a reality often missed by suggestions that Apple, for example, should acquire content companies to differentiate its hardware).

AT&T, for their part, only took five years to realize their mistake, and it only cost them $30 billion and a substantial amount of HBO’s brand equity.

Aswath Damodaran notes that this kind of mistake occurs all the time, particularly with older companies trying to reinvent themselves.

Any fans of Succession will find the Vaulter acquisition a pleasing analogy.

However, as we know, not all acquisitions are failures. There’s plenty of examples that we could call incredible successes. The previously mentioned Harvard Business Review article gives a very good breakdown of what makes a good acquisition and what makes a bad one. If you’re interested in learning to identify them for yourself, I’d recommend reading it.