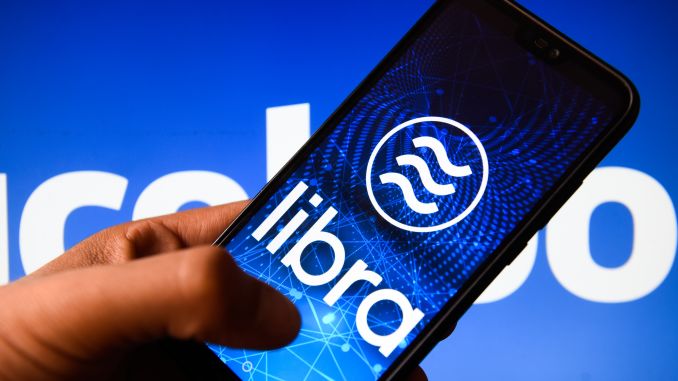 "Perhaps the biggest threat to Facebook today is regulators deciding they won’t let such a powerful force operate in its current form. Record fines have already been imposed on The Social Network, but still seem pretty toothless when set beside the company's ability to generate revenue. Stronger action may have to taken, perhaps leading to strict restrictions on its advertising business, or a breakup of the Zuckerberg’s whole empire. (That won’t necessarily be a bad thing for investors). Or they may just be happy to let him start a global currency. But I doubt it."

A week later, PayPal, one of the major companies that was part of the “Libra group” pulled out of the project. We then had big news last Friday as eBay, Mastercard, Visa, Stripe, and MercadoLibre, all announced they too would be dropping out.

As a side note, many major publications failed to mention that MercadoLibre had pulled out and chose to focus on the first four. In one way this makes sense as few consumers of American news would have had any prior exposure to the company. However, given that Facebook is incredibly popular in Latin America, and that the continent has a highly “non-bankerized” population, their exit from the project represents a bigger blow than many might imagine. For example, in Colombia, less than 40% of the population are in the banking system. That compares with 94% in the U.S. and 99% in Canada and the United Kingdom. One of Facebook's key visions for Libra was to serve the unbanked.

Looking at the other defectors, we see a worrying narrative begin to emerge. Both Visa and MasterCard operate massive payment networks, which would have potentially made Libra universally accepted. Both also have credibility with merchants and consumers. In fact, when the announcement was first made, it was these names that stuck out for me immediately. Getting access to those networks was essential for delivering on another of the key objectives of Libra — that it could be spent anywhere.

In both Stripe and PayPal, Libra has lost an important inroad to e-commence vendors. Stripe has becoming enormously popular with developers and I’m sure that Facebook was eyeing it up as the go-to solution to build Libra on. Meanwhile, PayPal was the company that fist convinced the world that online payments could be safe. It’s telling that the former president of PayPal, David Marcus, is leading the Libra project and yet could not convince his former colleagues to stick with it.

However, perhaps we shouldn’t be surprised given the current tension between Facebook and lawmakers. Writing in TechCrunch, Josh Constine notes:

"There’s a clear reason all these payment processors bailed. Senators Brian Schatz (D-HI) and Sherrod Brown (D-OH) wrote a letter to Visa, MasterCard, and Stripe’s CEOs this week explaining that “If you take this on, you can expect a high level of scrutiny from regulators not only on Libra-related activities, but on all payment activities."

The whole point of Facebook bringing on these partners was to smooth out the narrative. They rightly assumed that no one was going to let them do this by themselves given their past indiscretions. However, that doesn’t appear to have panned out.

I would caution against reading the fate of Libra into this update. Of course, it’s not great news in the short term, but in a way it’s liberating. Stay tuned for more very soon. Change of this magnitude is hard. You know you’re on to something when so much pressure builds up.

Fans of Monty Python may recall The Black Knight, who, having had both his arms cut off, insists he can still fight on. “Tis but a scratch” he repeats, until finally, having had his legs cut off too, he agrees to call it a draw.

We’ll be keeping an eye on this story as it develops.