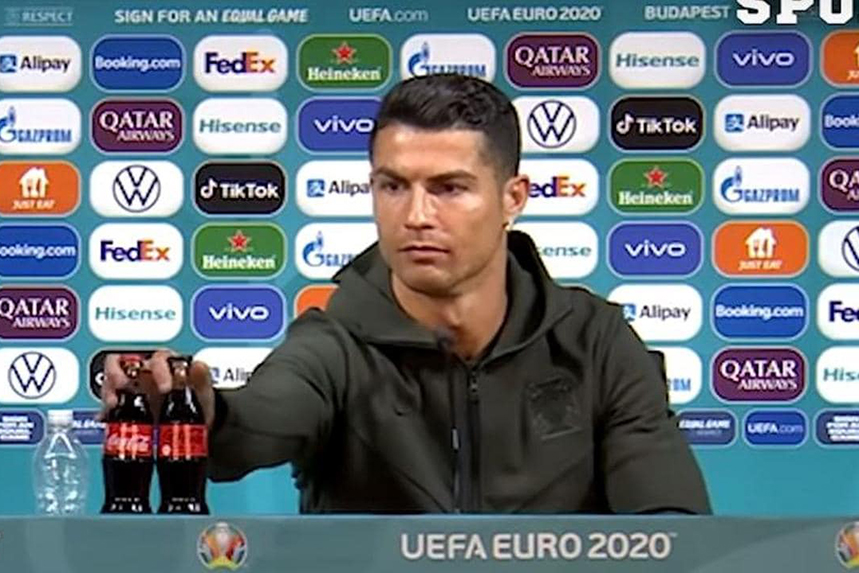 Don’t worry my American friends, this post won’t be entirely about European soccer.

After being postponed last year due to the small matter of a crippling global pandemic, the UEFA Euro 2020 Championships are in full swing at the moment. Confusingly, the powers that be have decided to maintain the name Euro 2020 despite the fact that it is, indeed, 2021, but we all know that time doesn't really make sense anymore.

As is the case with big international events like this, things are bound to happen that will cross the sporting divide into popular culture. One was terrifying scenes of Danish footballer Christian Erikson suffering a cardiac arrest on the pitch in just the second day of action. Thankfully, Erikson pulled through the incident and appears to be recovering well in hospital, but the outpouring of support from across the football community was a timely reminder of how sport can transcend itself at times. I’ve nearly even forgiven the Danes for the 5 - 1 thrashing they gave Ireland a couple of years ago. Nearly.

The second big talking point of the Euros was undoubtedly the now-infamous press conference featuring Portuguese captain and best player in the world (depending on who you ask) Cristiano Ronaldo. As he took his place behind the mics after a game, Ronaldo picked up the two well-placed bottles of Coca-Cola in front of him and moved them out of camera shot. He then brandished a bottle of water and announced “Agua” to the waiting press. The soccer star’s disdain for the sugary drinks was clear and Coca-Cola’s share price seemed to react in kind, with a reported $4 billion wiped off the multinational’s market cap.

This incident reminded me of the Kylie Jenner/Snapchat debacle that happened a few years ago. Jenner (don’t pretend you don’t know who she is) offhandedly twote, "Sooo does anyone else not open Snapchat anymore? Or is it just me... ugh this is so sad," and subsequently lopped more than $1.6 billion off Snap Inc's market cap. Ouch.

Both incidents were admittedly funny, but probably not so much for the companies involved. Indeed, seeing as Coca-Cola was the third-most searched for stock in MyWallSt last week, it seems that a lot of investors were suddenly a bit nervous about the impact Ronaldo’s impudence would have on the company.

So here’s the big question: should we, as investors, worry about celebrities bad-mouthing the companies we invest in?

First thing first. While the general gist of investing is ‘stocks up = good, stocks down = bad’, what the media and the general public sometimes fail to understand is that market cap does not equal real cash in the bank for these companies. Market cap is the total number of outstanding shares multiplied by the price of each individual share. It tells you what the company is worth in the eyes of the market at this particular moment in time. While a drop in market cap does affect the value of the shares you own in that company, the reality is that a few percentage points up or down doesn’t have any real impact on the business or its operations at all, especially for companies the size of Coca-cola. As I write, Coca-Cola’s market cap is over $233 billion, so a $4 billion drop right now would only represent less than 2% of its total market value.

Secondly, the power of PR can impact a company drastically in the short term, but in the long term, these things often get widely overstated by the media. Jenner’s outburst against Snapchat, for example, was taken as a sign that it was losing its audience after a pretty drastic update to its core product. While there were some grumblings amongst Snapchat users at the time, Jenner’s opinion is just one (admittedly, quite an influential one) data point in a sea of millions. Now, more than three years later, Snap Inc stock has appreciated over fourfold with some 280 million daily active users reported in the last quarter — up almost 50% from the time of Jenner’s tweet.

Finally, it’s worth remembering that things celebrities say make very good talking points. It’s always worth looking past the clickbait headlines to see what has actually happened. Here’s something that didn’t get much airtime — the market was already down on the day of Ronaldo's press conference and Coca-Cola’s share price was already down about 1.6% in trading before Ronaldo ever moved the bottles. This would pretty much correspond with the $4 billion that was claimed to have been lost thanks to him. In fact, Coca-Cola’s share price actually rose from the moment Ronaldo moved the bottles and closed up slightly for the day.

Call me an optimist, but I don’t think this will be the thing to kill Coca-Cola.