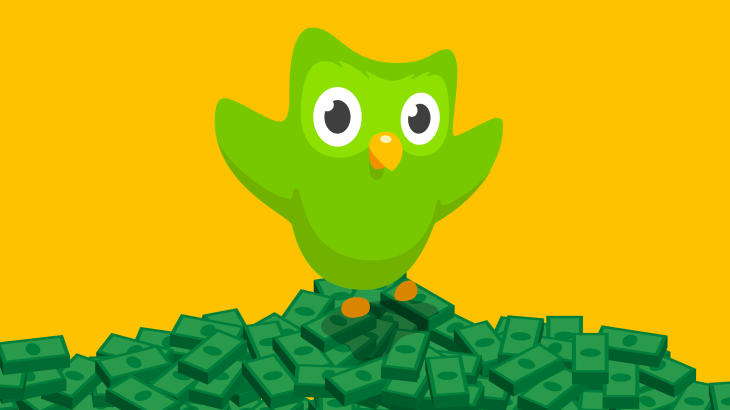 This week we’ve already taken a First Look at Celsius Holdings and BarkBox. However, with the news that yet another tech unicorn has filed to go public, I couldn’t resist digging into the S-1 and taking a nosey around.

Of course, I’m talking about Duolingo, the language learning app that famously features a very passive-aggressive owl who makes you feel very bad for missing your Spanish lessons.

Asides from being made to feel inordinately guilty by a digital bird, there has been a lot of hype over the past few days about this company hitting the public markets, so let’s dive into Duolingo’s S-1 and see what it looks like from an investment perspective. First though, let’s briefly touch on this letter from CEO and co-founder Luis von Ahn:

I absolutely love this. Short, concise, but still impressively aspirational. No corporate jargon-speak, no promising to “elevate our consciousness” a la WeWork.

Von Ahn is actually a very interesting individual, a Guatemalan entrepreneur who was once a professor at the Carnegie Mellon School of Computer Science. He was also the creator of reCAPTCHA (the test that figures out if you’re a robot or not) which he sold to Google in 2009. He went on to found Duolingo with one of his graduate students, the excellently named Severin Hacker, and from what I’ve read about von Ahn so far, his background in education — especially digital education (his thesis focused on games played by humans that produce useful computation as a side effect) — aligns perfectly with Duolingo’s mission to provide high-quality education to billions of people.

Onto the business then. Duolingo’s main product is its core language learning app that has been downloaded more than 500 million times to date globally. Interestingly, management claims that people search the term “Duolingo” 9x more often than the term “learn Spanish” on Google, which highlights an incredible feat of brand recognition for a company that has spent less than $15 million on marketing from 2011 to 2019. From a positioning point of view, it’s clear that Duolingo has already become synonymous with language learning amongst digital audiences, which is an incredibly strong moat to have.

Duolingo closed 2020 with 36.7 million MAUs, a gain of 34% on the year previous. Granted, the company likely benefited from the pandemic, but what’s more interesting is that paid subscribers rose at a much faster clip of 84%. As TechCrunch notes in their excellent breakdown of Duolingo’s revenue figures (paywalled), 3.3% of Duolingo’s MAUs were paid subscribers in 2019, 4.4% in 2020, and approx 5% at the end of Q1 of this year. Essentially, the company is managing to grow both its overall base and its monetizable base effectively.

Duolingo attributes this strong conversion rate growth to its ‘freemium’ model. This means that access to all of the content is free to anyone that downloads it, but the premium subscription version provides an ad-free experience as well as additional features. So though only about 5% of the total MAU base are paid users, the stickiness of the product means that people are subscribing months or even years after they first sign up.

This growth is reflected in revenue, which jumped 129% last year to $161.7 million. For Q1 2021, it pulled in $55.4 million in revenue — a 97% increase year-on-year. Of that revenue figure, approximately 72% comes from subscriptions and approximately 17% comes from advertising in the free version.

One of the lesser-known-about parts of Duolingo’s business model, however, is the Duolingo English Test, which makes up most of the rest of the company’s revenue mix. This is an online, on-demand, assessment that is accepted by over 3,000 higher education programs around the world as proof of English proficiency for international student admissions, including Yale, Stanford, MIT, Duke, and Columbia. Though it’s in its early days (roughly 344,000 individual Duolingo English Tests were purchased in 2020), this segment of the company could prove to be a major opportunity moving forward.

The pandemic has irreversibly disrupted both traditional modes of education and working life. In terms of the former, the entire future of third-level education as we know it is under threat as campuses around the world remain empty and prospective students question the cost/value ratio of higher education. As one of the dominant brands in digital learning, Duolingo has a massive opportunity to move further into the space. Case in point — there are more people in the United States learning languages on Duolingo than there are foreign language learners in all U.S. high schools, combined. Duolingo also has something that the likes of MIT and Duke don’t have — a lot of data about how people learn.

In terms of the latter, remote working is here to stay and this means that companies now have a global pool to recruit from rather than a local or national one. While there will inevitably be problems with this fragmenting workforce, it also means that anyone in the world could be a prospective job candidate for the likes of Google in Mountain View or Facebook in Menlo Park. The ability to provide internationally accredited proficiency tests like this could be a massive growth driver for the company, especially as it looks to expand further into regions like Asia and South America.

Of course, there are some obvious risks inherent with the company, including the inevitable post-pandemic fall-off in users which means future growth probably won’t be as impressive. Net losses are also widening, driven in part by more marketing spend. And of course, like all apps, 30% of their revenue goes to either Apple or Google via their respective app stores.

However, it’s fair to say that this is an incredibly impressive company from our first impressions of it and one that we’ll be watching closely as it moves to IPO.