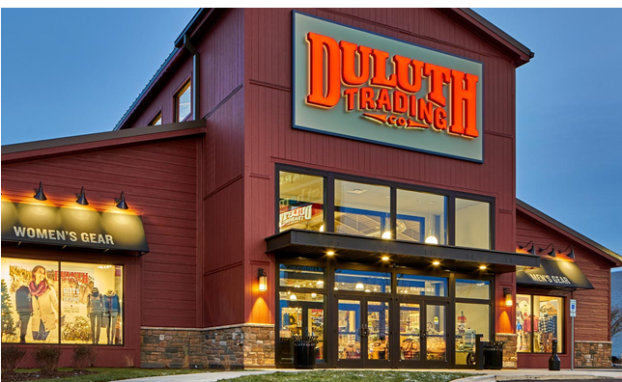 It’s finally the end of another week, and what a week it was, with 18 market debuts making it the busiest IPO period since December 2004! Krispy Kreme and Didi Chuxing, the Chinese ride-hailing giant, were the two headliners. Looking ahead, let’s not forget about Duolingo which is also planning on debuting in Q3. Read more on the language learning app’s IPO here.

Speaking of market debuts, Wall Street is busy pouring over the S-1 filing from Robinhood. On Thursday, Robinhood submitted its prospectus with the SEC which outlined its impressive financial position, including a $7.5 million profit in 2020, as well as its goal of raising $100 million from its debut. Read more on Robinhood’s debut in today’s Market Talk.

Heightened consumer confidence in the U.S. and rising sales of outdoor gear resulted in Duluth Trading stock getting a nice boost this week. On Tuesday, a survey from the Conference Board showed that U.S. consumer confidence jumped to its highest level in almost 1.5 years in June. Experts predict that rebounding employment and lower COVID-19 cases should encourage consumers to spend at an unprecedented speed this summer. Also fueling bullish sentiment is Duluth's upcoming earnings report, where the company is expected to post revenues of $141.7 million, up 3.2% year-over-year.

Following its successful acquisition of Elo7 on Monday, just weeks after snapping up Depop, Etsy stock is flying. The vintage reseller dropped $217 million to acquire the ‘Etsy of Brazil’ which sells unique, handmade items to its 1.9 million active buyers. While its users dwarf in comparison to Etsy’s 90 million active buyers, investors have viewed the deal favorably as it gives Etsy a foothold in one of the fastest growing e-commerce markets in the world. Etsy shareholders are beginning to view the marketplace in a different light as it spends its cash wisely to capture more of the global e-commerce market.

Pinterest shares gained this week off the back of solidifying its stance as ‘the good guy’ in the social media space whilst it expands its product offering around the world. On Thursday, Pinterest banned weight-loss ads from its platform to better the experience of its users. The image-sharing site also rolled out its multi-page video format, Idea Pins, to multiple different countries across the globe. Pinterest’s international expansion will allow any business in these countries to create high-quality content and will enhance the interactions they have with their followers. Both of these plans should promote engagement for the platform.

Pandemic king Zoom saw shares skyrocket this week when investors realized we might not be returning to the office as soon as expected. Being classed as the ultimate work-from-home tool means that Zoom will likely benefit from the new Delta variant spreading across the world. Economic reopenings have been postponed as governments fear the new strain has heightened the likelihood that those infected with the virus will require hospitalization. The news has resulted in investors turning away from cyclical stocks associated with reopenings, pushing them towards tech stocks like Zoom.

Tripadvisor has the opposite story to Zoom. As the highly transmissible coronavirus strain forces countries to go back into lockdown, the short-term outlook for Tripadvisor looked bleak this week. Let’s look at the big picture though, vaccines are being administered at a fast pace and airline volumes are returning to pre-pandemic levels in the U.S. Over the past week, U.S. airports averaged more than 2 million travelers per day for the first time since March 2020. While Tripadvisor is down now, many expect the travel industry to make the rebound of the century.

Take a look at this graph from Charlie Bilello’s Twitter which shows airline passenger volumes this week: