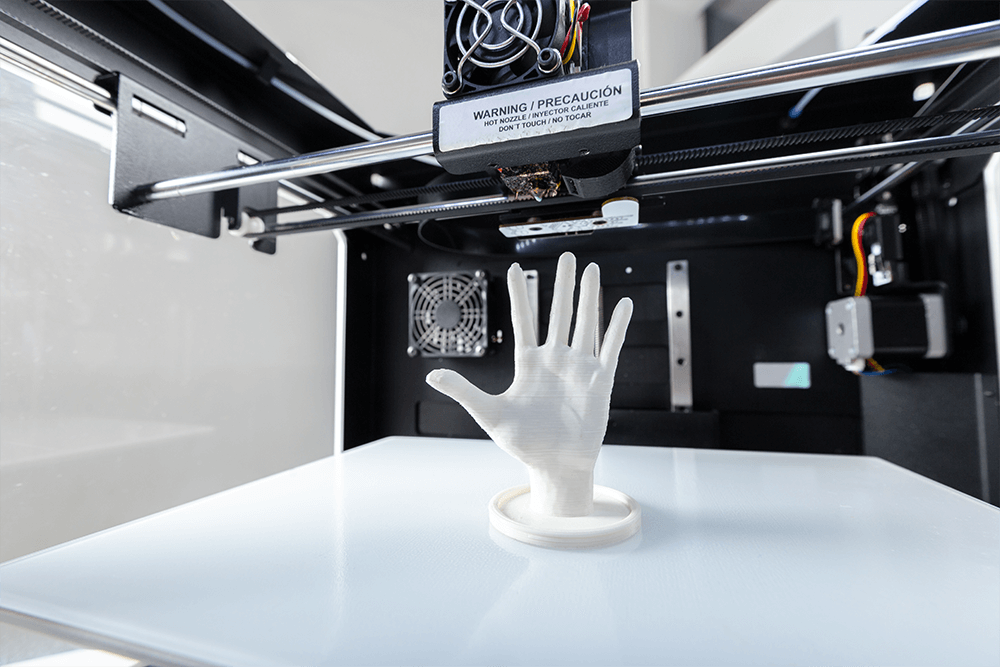 3D Printing - The Next Investing Frontier?

One movie that made a resounding impact on the children of the early 2000s was ‘Spy Kids’. Born from the eccentric imagination of Robert Rodriguez (who also spawned the fuel of my nightmares: ‘The Adventures of Sharkboy and Lavagirl’ in 3D), the film follows Carmen and Juni Cortez as they become child spies in the hopes of saving their kidnapped, secret agent parents. But more important than the plot, was the Willy Wonka-like technology that populated the film. Jet packs, acid crayons, bubblegum that can electrocute your enemies, and most importantly, a futuristic Easy Bake Oven that transforms mysterious envelopes into a Big Mac and large fries in a single flash of light.

While today's culinary technology hasn't quite caught up to the sophistication or speed of ‘Spy Kids’, we are getting pretty close thanks to NASA and one of its contractors. Founded in 2016, BeeHex set out to find a way to 3D print nutrient-dense food to help astronauts survive and thrive during the long journey to Mars (food may be too strong a word here considering NASA refers to it as "properly textured edible structures"). During their early experimentation, the company created the Chef 3D, which, equipped with dough, sauce, and cheese, can create and bake a customizable pizza in less than five minutes. With further development, BeeHex now hopes these printers will eventually make their way into high-traffic pizza chains across the world — saving time, labor, and waste.

Food is just one of the sectors 3D printing hopes to disrupt on its journey to revolutionize our society. Manufactured products, medical devices, and electronics can all be created using the technology and printers can use a variety of materials, including metals, plastics, polymers, circuitry, plaster, glass, and even chocolate. This incredible potential has left many anticipating a future where we'll all own 3D printers and use open source files to create everything from our breakfast to our phones. For more complicated products, we'll rely on experts and specialized devices. Researchers have created printers for living tissue and cartilage and have successfully produced ears for patients with Microtia. Studies are already testing the technology for organs such as lungs and pancreases. Even construction can be improved, Dutch firm Saint-Gobain Weber Beamix used a giant nozzle filled with cement to 3D print a bungalow in less than 120 hours.

So with all this possibility and excitement built into the tech, what's the best way to invest?

There's not one clear answer.

While 3D printing has been a hot investing theme since 2013, a sector leader has yet to emerge thanks to the experimental and segmented nature of the industry. Many of the exciting prospects I spoke of are still a long way away from being produced at scale or brought to market, meaning most companies are pre-revenue and still trying to establish a competitive advantage. Today, the vast majority of 3D printer sales and services are for the creation of small items "that require low-volume production, a high degree of customization and flexible material selection". In all other manufacturing instances, traditional methods remain cheaper and faster. The most common use case for 3D printers is as a prototyper, allowing engineers the ability to test items and make rapid adjustments before creating expensive, master molds for mass production. They can also be beneficial for communities far removed from manufacturing facilities or in urgent need, 3D printers and materials got a significant sales boost during the early days of the pandemic due to shortages of personal protective equipment.

If you want to invest in these companies, competition is fierce and consumers have little to no loyalty. 3D printers are not a razor and blade model, like traditional ink printers are, they can take filament from any manufacturer removing a potential stream of reliable revenue. Long-time players like Stratasys (SSYS) and 3D Systems (DDD) also don't seem to have any first-mover advantage. 3D Systems' founder Chuck Hull invented and owns the patent for the first stereolithography (SLA) rapid prototyping system, a precise form of 3D printing, and yet the company has experienced null or negative revenue growth since 2015 as competitors have created equivalent printers. Its only recent bright spot has been in its dental division, which provides printers and retainers to its partner and MyWallSt shortlist member Align Technology (ALGN). However, even Align is beginning to feel the squeeze as new forms of 3D printing undercut its price. Larger players are also keen to take on the market and push out smaller companies, German automation company Siemens bought 3D printing company Materials Solutions Ltd. in 2016.

While 3D Systems is a diversified 3D printing play, it has extensive investments in the bioprinting space thanks to its partnership with the United Therapeutics Corporation, these projects will be years if not decades in testing. For now, the company, its competitors, and the sector's future are still too uncertain to be considered a strong buy-and-hold play but it's certainly a trend worth keeping an eye on, especially if it can print your dinner.