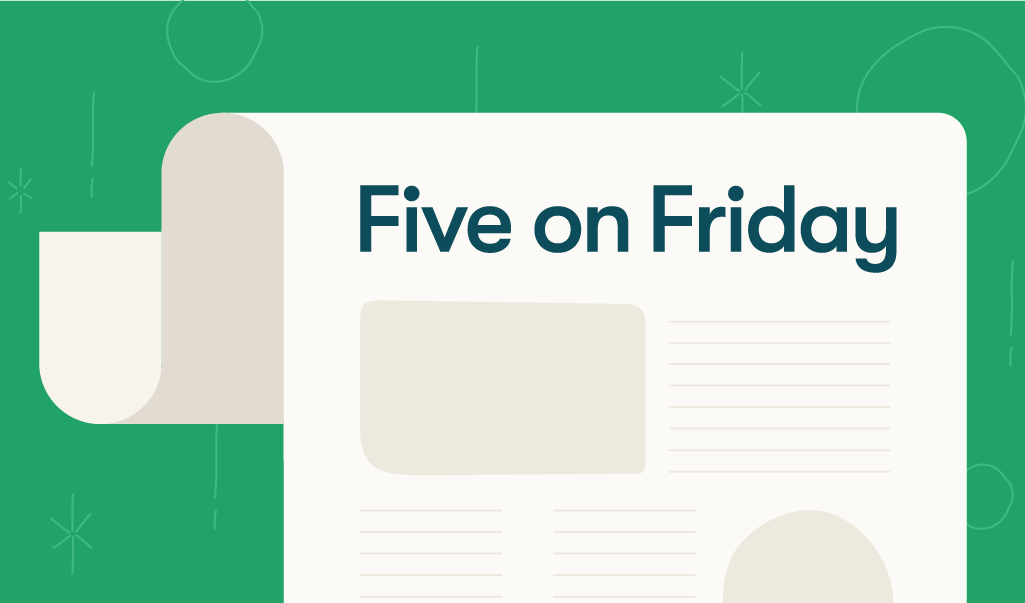 The Five on Friday: The 5 Stories You Need To Know This Week

Louis Vuitton owner LVMH will be eating breakfast, lunch, and dinner at Tiffany’s after purchasing the iconic company in an all-cash deal.

After weeks of negotiations, the French luxury behemoth LVMH finally announced that it had secured a deal to buy Tiffany’s on Monday for $16.2 billion. Having had its original bid of $14.5 billion rejected by the Tiffany board earlier this month, this improved bid now works out at $135 per share for investors — a premium of more than 50% on the share price before rumors of a deal first emerged. The 182-year old company remains one of the most powerful brands in the 21st century but has found itself struggling recently, thanks in part to the ongoing U.S. - China trade war. For LVMH, the acquisition gives the company an immediate and significant entry into both the U.S. and Chinese markets where its influence has been lacking to this point. Tiffany will now find itself sitting alongside some of the most recognizable luxury brands in the world, including Moet Hennessy, Dior, and Bulgari. A love story worthy of Truman Capote himself.

A portrait of Empress Eugenie de Montijo, wife of Napoleon III was the inspiration behind Tiffany’s iconic blue color.

Londoners might have to start using the Tube again after Uber was stripped of its operating license in the city due to a “pattern of failures” on safety and security.

On Monday, Transport for London (TfL) — the UK city’s governing body for transport — said it would not renew the ride-sharing company’s operating license after investigators “identified a pattern of failures by the company including several breaches that placed passengers and their safety at risk”. In particular, Uber is accused of facilitating over 14,000 journeys with unregistered drivers due to a system that was easy to deceive. This isn’t Uber’s first run-in with the TfL, with the company operating on short-term probationary licenses since 2017 when it was stripped of its full operating license for not being a “fit and proper” private car hire operator. Uber’s stock price tanked more than 6% in pre-market trading on Monday after the news broke, but has since recovered as the service will continue to operate within the city pending an appeal. However, it would be a catastrophic blow For Uber to lose its most important European market with over 3.5 million users.

The longest recorded Uber journey was 3,361 km from North Carolina to California, and with the driver getting a $5,500 tip.

Disney’s ridiculous studio haul of nearly $9 billion so far this year looks set to grow even more after its new blockbuster, Frozen II, grossed $350 million worldwide in its opening weekend — the biggest global opening of all time for an animated film. With the Thanksgiving weekend period typically being a popular time at theatres, some analysts are predicting that the new release will become the sixth Disney film of 2019 to make more than $1 billion worldwide. To date, Disney has already accounted for a third of the total U.S. film market this year, and with the hotly-anticipated release of the new Star Wars movie, ‘The Rise of Skywalker’, still to come, Disney will certainly be ending 2019 on a high. This success is spreading to the small screen too as Disney+ has reportedly been averaging nearly 1 million new subscribers a day. Wow!

'Let it Go' was written in a single day. One day is all it took to ruin parenthood in America.

American shoppers have taken a headstart on of one of the biggest shopping days of the year, with $2.1 billion being spent online by 8 pm (EST) yesterday.

While some people sat in food comas after their Thanksgiving dinner, more appear to have gotten a head-start on their Black Friday shopping, with Adobe reporting that over $2 billion had already been spent by 8 pm (EST) yesterday evening — more than a 20% increase on the same period last year. Interestingly, almost 47% of these purchases were made on smartphone devices. Data from Shopify corroborated these reports, with the e-commerce disruptor reporting that it was seeing around 4,500 transactions per minute yesterday, which worked out at just under $400,000 spent each minute. All of this points to another blockbuster Black Friday today, and with Cyber Monday just around the corner, some analysts are predicting overall holiday sales of nearly $144 billion this year.

Macy’s department store was the first to advertise post-Thanksgiving shopping in 1924 during their Thanksgiving Day Parade in New York.

According to analysts, Apple’s AirPods could see potential shortages this holiday season because of their popularity. Those funny little white buds coming out of everyone’s ears have really taken the world by storm since their arrival in December 2016, with analysts estimating that  Apple could ship 65 million units in 2019 and potentially reach 85 - 90 million units shipped in 2020. Apple doesn’t break out the individual sales figures of its various headphone lines and instead reports them together in a category called “wearables,” which executives have said represents a strength for the company. The unit saw 54% growth in the quarter that ended in September, growth that was largely driven by the popularity of Airpods. This success is now coming back to haunt them as Apple’s website showed that a set of AirPods Pro ordered on Wednesday won’t ship until after Christmas.

Apple is no stranger to shortages in its products. Perhaps Santa can bring some Samsung Galaxy Buds this year instead?

Apple’s worst ever holiday shortage came in 2014 when 42% of its produced iPhone 6 range was still unavailable for public sale.

The Week In Numbers

companies were issued warnings by the FDA this week for illegally advertising their CBD products as concerns grow that it might not be as safe as first-thought.

is how many Google workers went on strike in San Francisco in protest of the termination of 4 employees by the company.

is how many Cybertruck preorders Elon Musk claims Tesla received within 72 hours of its unveiling last week.