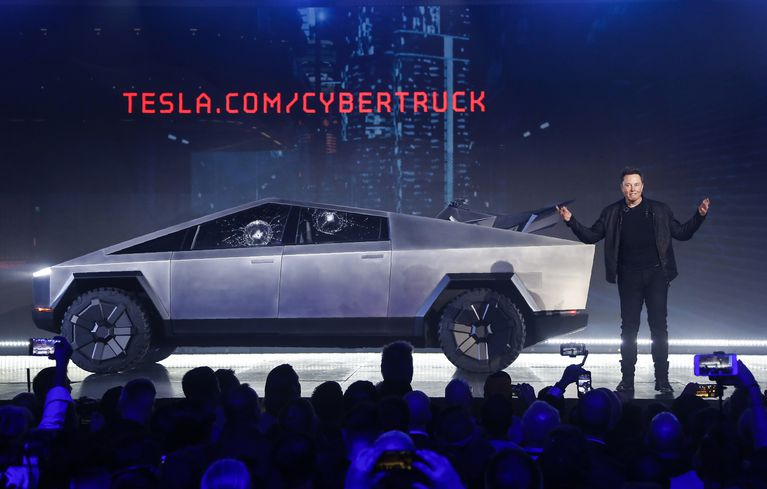 You really have to hand it to Elon Musk. Just as the annual Apple product releases started to get boring, Musk was there, ready to take up the mantle.

The Cybertruck, his latest wacky invention, looks like something you use to keep a door open. However, it also can tow a Ford F-Series uphill and outpace a Porsche 911.

I’ll start with a disclaimer that us European’s just don’t understand trucks. To us, a truck is a work vehicle — something you use on a construction yard or a farm. The idea that anyone would buy one as their primary mode of transportation makes no sense. Yet in America, trucks are massively popular. In fact, the Ford F-Series is the best selling car in the world, despite the fact that they are sold almost exclusively in the USA.

But back to Musk. He’s a master marketer of the highest order. If you’d told me five years ago that I’d one day be live-streaming the release of a pickup truck I’d have given you very good odds. However, it wasn’t just my imagination he captured. The next day all Twitter could talk about was the bloody Cybertruck.

The highlight of the event was when Musk invited his colleague to throw a ball-bearing at the bullet-proof windows (why do you need these?) only for them to smash. Forgive me if I sound like a conspiracy theorist here, but I’m pretty certain that was an orchestrated stunt designed to ensure that everyone, no matter how little they care about Tesla, heard about the Cybertruck the next day.

Then there was the tug-of-war with the Ford F-Series. (Again, on what planet does someone need a truck that can do this? Do people in America regularly tie their trucks together to see which one would win?). In researching this piece, I watched a 12-minute video of a guy at a whiteboard explaining what torque was and why the Cybertruck won this particular matchup. And, according to YouTube, so did 3.5 million others. Ford took the bait and challenged Musk to a rematch, which, of course, he accepted.

Last month, a story broke that a digital marketing firm called Topham Guerin had been hired by the Conservative party in the UK to advise them on the upcoming election. Topham Guerin’s modus operandi is to make ludicrously over-the-top, often stupid, digital adverts. The thinking is that the wackier it is, the more likely people are to engage with it, the more likely it’ll be shared, the more likely it’ll be seen. It’s a hack. A way to play the algorithms. And it works. Topham Guerin are credited with being the masterminds behind the Liberal party's recent victory in Australia, in an election that pollsters had predicted would be a landslide in the other direction.

Tesla and Topham Guerin are in no way associated, by the way, but it’s definitely a sign of the times.

Following the event, there was a stream of analysts saying that the Cybertruck was set to be a disaster, that no one would buy one, and that GM and Ford could rest easy. However, according to Musk’s Twitter account, over 250,000 were ordered in the first five days. For context, the F-Series (the best selling car in the world), sold about 1 million last year.

It’s little wonder that no one can agree on a value for Tesla. Major analysts price the stock at anywhere from $200 per share to over $400. It’s understandable. What value do you put on being able to do what Musk has done with the Cybertruck? Or the 50,000 Boring Company hats he sold? Or the $3.5 million he made on Flamethrowers? It’s an x-factor that no one can really account for.