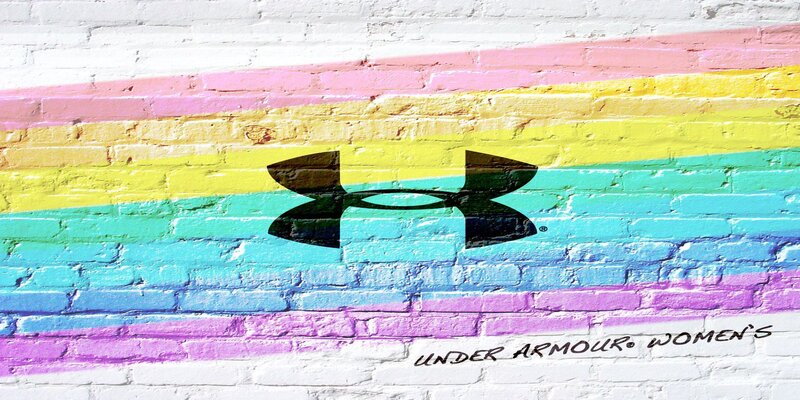 Under Armour: Don't Call It A Comeback?

It’s been quite the week on Wall Street after yet another hectic round of quarterly reports from the likes of Roku, Zillow, Lemonade, and much more. However, things will be starting to wind down from next week, so maybe our analysts can take a quick breather.

Not today though, as we’ve got a lot of big market moves to discuss — and we haven’t even had time to talk about President Biden’s new EV plans for the U.S.

Everything in time, so let’s jump right in with MyWallSt’s biggest movers of the week:

Don’t call it a comeback, but Under Armour reported another quarterly profit in Q2 with sales that topped analysts’ estimates as its turnaround efforts continue in a world looking to a future sans COVID-19. The athletic apparel retailer posted earnings per share of $0.24 on revenue of $1.35 billion, far surpassing analyst expectations of $0.06 on revenue of $1.21 billion, as shoppers bought more of its merchandise at full price. Having seen its stock plummet close to 40% in the past five years, Under Armour brought in CEO Patrik Frisk to turn things around. Using COVID-19 as cover, Frisk has managed to return the company to profitability whilst keeping investors happy by underpromising and over-delivering. Let’s hope this growth can continue.

Square’s impressive earnings beat wasn’t the only source of excitement for the company after it announced that it would be acquiring buy-now-pay-later (BNPL) firm Afterpay. BNPL, for those who don’t know, is a way of spreading out your payments when you buy something, like an installment plan, but without interest. The $29 billion, all-stock deal for the Australian financing company follows a rise in BNPL popularity among younger consumers. Square can integrate Afterpay with its hugely popular Cash App — 40 million monthly transacting customers — and allow consumers to combine the two services in one seamless transaction, encouraging further brand loyalty through sheer ease-of-use and value offering. To read more about the BNPL landscape, read this week’s Daily Insight on the topic.

Earnings played a large, if not exclusive, role in MercadoLibre’s rise this week as the ‘Amazon of Latin America’ smashed Wall Street’s expectations for Q2. Some highlights included net revenues of $1.7 billion, up 102.6% year-over-year (YoY), $17.5 billion in total payment volume, up 72% YoY, and $7 billion in gross merchandise volume, up 46% YoY. To sum up: the company is still posting triple-digit revenue growth a year on from possibly the biggest era of growth e-commerce ever had. In a continent that’s population is roughly double the U.S., with internet penetration on the rise, there is still a massive growth opportunity for MercadoLibre, and investors are taking notice. MELI is also MyWallSt’s Stock of the Month for August. You can read the report here.

Of the two MyWallSt gaming stocks reporting this week, Take-Two came out second best — even with rival Activision Blizzard (ATVI) reporting in the midst of a sexual harassment lawsuit. Despite topping both company guidance and analyst estimates, revenue of $813 million on net bookings of $711 million was still lower than the same period last year. This didn’t please investors, and so the ‘GTA V’ maker saw its share price drop off the back of what was actually a good quarter. The YoY declines in revenue and bookings were to be expected, as there has been a softening of demand, which was extraordinarily high in the thick of the pandemic last year. Investors may need to temper expectations post-pandemic.

It’s been a rough 2021 for Lemonade, whose stock is down almost 30% YTD. Following its Q2 earnings this week, it dropped even further due to sales declines and a widening loss. The insurtech company reported that it lost $55.6 million, or $0.90 a share, in Q2, compared with a loss of $21 million in the second quarter of 2020, while revenue fell to $28.2 million from $29.9 million a year ago. However, there remains plenty to be optimistic about with Lemonade, which saw its in-force premium (IFP) growth accelerate to 91% YoY to $297 million and its customer base rose 48% to 1.2 million. Meanwhile, investors have Lemonade Car, its first motor insurance offering, to look forward to.