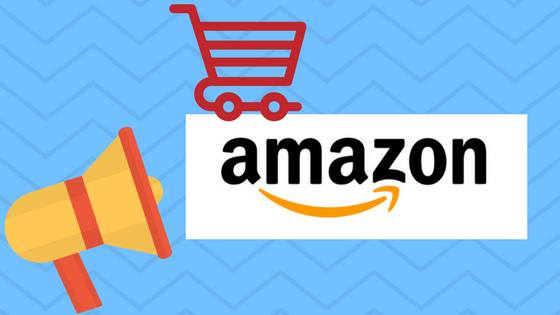 Just over a year ago, a campaign called #StopHateForProfit was launched by civil rights groups urging companies to boycott advertising on Facebook in protest of platforms’ handling of hate speech and misinformation. Over 1,000 brands, including the likes of Adidas, Honda, Ford, Coca-Cola, and Starbucks joined the movement.

However, while the boycott caused plenty of worrying headlines, it really didn’t seem to have much impact on Facebook’s business. Even with the widely publicized pullback in spending, Facebook still saw it’s ad revenue grow more than 10%. During a subsequent earnings call, CEO Mark Zuckerberg said “some seem to wrongly assume that our business is dependent on a few large advertisers”. Slowly and quietly, the majority of the companies returned to Facebook.

The reason for this was quite clear. With over 9 million businesses advertising on the platform, even the biggest 100 spenders couldn’t make much of a dent in demand. When the biggest players pulled out, smaller businesses that couldn’t afford to miss out on those highly targeted ads stepped in and spent more. Not having to compete for ad space with massive marketing budgets increased their ROIs, meaning they were getting far more bang for their buck.

This was all occurring at the same time that economies around the world were being forced to shut down. Major advertisers, like those in the travel and automotive industry, significantly cut back on their advertising spend. Booking Holidings cut its spend from $4.97 billion in 2019 to just $2.2 billion — a 55% decrease. Rival Expedia Group went even further, cutting over $3.5 billion in spending. Did this have a major impact on Facebook? Not really. In Q2, the company reported an 11% increase in revenue. The following quarter, that had jumped to 21.6%.

Facebook’s strength was in its direct response advertising — the kind of advertising that is designed to create an online conversion. It’s the kind of advertising that suits online businesses, e-commerce, gaming, digital services. With consumers trapped at home, these companies jumped on the opportunity to attract new customers, and, as had happened during the boycott with the big players cutting back on spending, Facebook was an even more effective tool. It was beginning to look like Facebook had all the bases covered.

That all changed this summer when Apple took drastic measures to curb the amount of data companies could collect on iPhone users. The new prompt, which arrived on iOS powered devices in June, asked users if they were willing to allow other businesses to track their internet activity. Most retail websites include Facebook tracking that sends detailed feedback to the social network. This allowed Facebook, and their advertisers, to get powerful insights into their target customers and show ads to other people who matched that profiel. The vast majority of iOS users (somewhere between 75-90%) said no. The data pipeline that had been powering targeted advertising for two decades was suddenly shut off.

The most immediate impact was felt by advertisers. I’ve spoken to a number of people who relied heavily on Facebook advertising. Responses to the changes have varied from “infuriating” to “absolutely brutal”. Even in our own business, we’ve felt the strain.

It can’t be overstated what a huge impact the privacy changes in iOS 14.5 have had on digital/social ads, and in particular on Facebook as a channel. Tracking sales, targeting new users and re-targeting users who’ve previously engaged with your brand has fundamentally changed — pushing up the cost of acquiring valuable users and creating all sorts of issues with tracking and attribution.

Unlike during the boycott or the pandemic pullback, this was an issue impacting all advertisers, big and small, from every industry. It won’t be until this current quarter is reported, typically in the last week of October, that we’ll really start seeing the impact on Facebook’s top line, but it could have far reaching effects on millions of businesses around the world.

One business that seems to be benefiting from the changes is Amazon. For the past few years, Amazon has slowly been creeping up the ladder and is now a major player in the digital advertising space. That growth has, up until recently, come largely at the expense of Google, with shoppers often bypassing the search engine and going straight to Amazon. Now, with Facebook ads being less effective, and over 153 million Prime subscribers in the United States alone, Amazon is becoming a very attractive option.

The shift from Facebook to Amazon is nascent, and it’s too early to gauge how widespread the phenomenon is or how enduring it will be. And many brands remain reluctant to sell on Amazon because they fear losing a direct connection with customers. But New York marketing agency Belardi Wong, whose 300 clients include furniture maker Blue Dot and apparel seller Bombas, said more than 40% of its roster in June reported a decline in the performance of their Facebook ads — sending them rushing for other options.

Amazon was originally reluctant to get into the advertising space, fearing that a site cluttered with ads would turn off would-be-shoppers. However, today, advertising is one of the company’s fastest growing and profitable business segments. Advertising is a great fit for Amazon — their low-margin e-commerce business keeps shoppers visiting their site, and those eyeballs create the opportunity for high-margin advertising. In its most recent quarterly report, Amazon reported a 87.5% increase in its “other” category, which is largely advertising revenue.

However, Amazon isn’t a perfect substitute for Facebook and Instagram. Shoppers on Amazon typically have a product already in mind. That’s great if you’ve got a recognizable brand. But what if you’re trying to convince consumers to try a product they’ve never heard of before — like a market-beating investing service, for example.

We don’t yet know who will be the long-term winner. For now, Amazon appears to have been the major beneficiary of the changes, but other companies are scrambling to offer a meaningful alternative to shift inventory in the face of these changes. Apple, as usual, has far more power than we could ever have imagined.