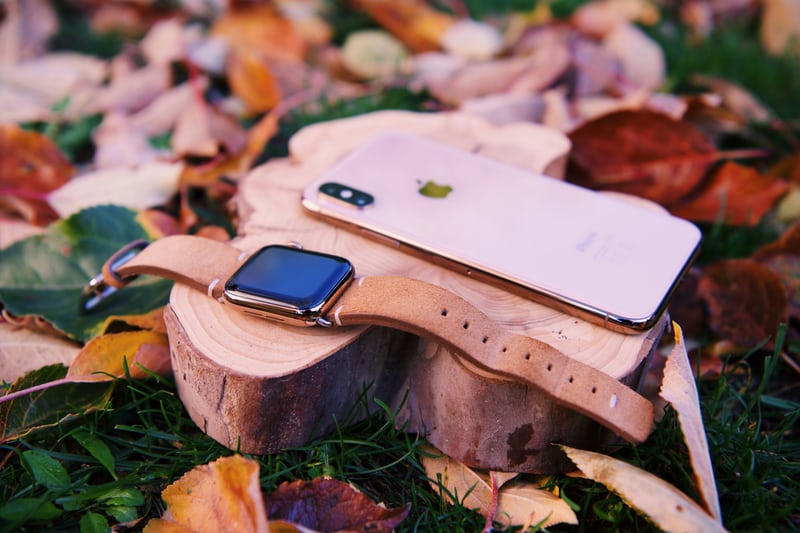 If you’re here looking for September’s Stock of the Month selection, I’m afraid that’s not due until next Monday (the first Monday of each month). Instead, today’s Insight is focusing on the world’s most valuable company and its latest efforts to avoid antitrust regulation.

Last Thursday, Apple announced it would make changes to its App Store in a proposed lawsuit settlement with developers. (Note, this is not the lawsuit being brought against Apple by Epic Games, in which a judgment is imminent).

“Apple loosens rules for developers in major concessions amid antitrust pressure” read the headline in the Washington Post on Thursday night.

The agreement clarifies that developers can share purchase options with users outside of their iOS app; expands the price points developers can offer for subscriptions, in-app purchases, and paid apps; and establishes a new fund to assist qualifying US developers. The updates constitute the latest chapter of Apple’s long standing efforts to evolve the App Store into an even better marketplace for users and developers alike.

However, developers don’t seem to think there’s anything major about this latest announcement.

The biggest news was that Apple will now allow developers to contact users about alternative payment methods outside of the app ecosystem, as long as the notification is done outside the app itself. This means that companies could potentially contact users using email to arrange for alternative payments that are not in-app purchases. However, this will only be possible if the developers have their users' contact information (Apple’s login allows for the hiding of that) and if users have agreed to receive offers via email or other communications.

The settlement also proposes the expansion of payment plan options (from less than 100 to over 500) and the publishing of a report into the transparency of the Apple Store review process. Furthermore, Apple has agreed to set up a $100 million fund for smaller U.S. developers earning less than $1 million a year in revenue. This follows up on an announcement last year that Apple would reduce the commissions on such businesses from 30% to 15% — a program it has promised to continue for the next three years.

This all sounds well and good, but who does it impact, and what does it mean for Apple?

Apple doesn’t break out its App Store revenue but includes it in its Services segment — its fastest-growing. However, reports have suggested that in 2020, Apple made approximately $64 billion in revenue from its App Store — up 28% from the $50 billion it made in the previous year. That would represent about 23% of Apple’s total revenue for 2020. So are these changes putting that cash cow at risk?

Not in the slightest.

While Apple itself didn’t give any numbers on how many of its developers fall into the “small app” category of making less than $1 million, a SensorTower report from late last year claimed that roughly 98 percent of all App Store developers qualify for the program. That report also noted that those developers — which Apple calls the “vast majority” of iOS app developers — only account for 5 percent of the App Store’s total revenue.

So what does Apple care if it has to give up $100 million here (the payout from its latest class action suit) or $59 million there (the estimated yearly cost to Apple of the Small App Business program)? As long as it’s able to defend the 30 percent cut of purchases that flow through its store from the bigger developers and apps, it can give whatever concessions it needs to on things like search rankings or new price points for apps to settle class action suits.

The “major concessions” that Apple has made wouldn’t, therefore, seem to make much difference to the companies primary App Store business interests. But what do the developer community think?

From The Coalition for App Fairness, a nonprofit organization pushing for the regulation of app stores:

Apple’s sham settlement offer is nothing more than a desperate attempt to avoid the judgment of courts, regulators, and legislators worldwide. This offer does nothing to address the structural, foundational problems facing all developers, large and small, undermining innovation and competition in the app ecosystem. Allowing developers to communicate with their customers about lower prices outside of their apps is not a concession and further highlights Apple’s total control over the app marketplace. If this settlement is approved, app makers will still be barred from communicating about lower prices or offering competing payment options within their apps. We will not be appeased by empty gestures and will continue our fight for fair and open digital platforms.

According to developers, no major concessions have actually been made and Apple is simply clarifying rules that were already in place (or at least were completely unenforceable anyway). This does appear then to be an attempt by Apple to make it look like it’s bending to political and judicial pressure without actually endangering its business in any way. Two senators that have called for legislation to curtail Apple’s monopolistic practices don’t seem overly impressed.

Senator Blumenthal said, “today’s move only adds to the momentum and further exposes rampant anticompetitive abuses in the app markets. The fox guarding the hen house status quo will remain until there are clear and enforceable rules for Apple and Google to play by.” Meanwhile, former presidential hopeful Amy Klobuchar said “this new action by Apple is a good first step towards addressing some of these competition concerns, but more must be done to ensure an open, competitive mobile app marketplace, including common-sense legislation to set rules of the road for dominant app stores.”

Apple clearly is taking antitrust action seriously. However, the balance between giving up one of their most prized assets and appeasing lawmakers is going to be a tricky tightrope to navigate. For now, it doesn’t seem like they are doing quite enough to silence the voices of change.