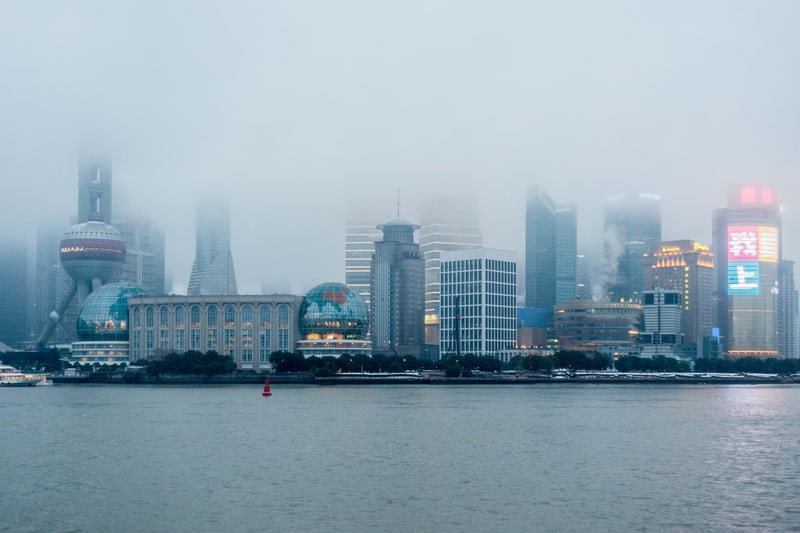 What's Going on With Evergrande?

Evergrande is a massive company, not just in China but the world. It belongs to the Fortune Global 500 and since its IPO in 2009, has attracted investments and loans from all over the globe. It is the second-largest land developer in China and employs more than 200,000 people. You can see why investors are concerned about a ripple effect if it defaults, especially as the real estate market in China is worth about 16 trillion yuan, or 10% of the country's GDP, and it's in the midst of serious reform at the hands of President Xi Jinping.

So how did Evergrande end up $300 billion in debt? And what does it mean for China and the rest of the world?

To answer these questions we have to go back to the company's beginnings.

Evergrande was founded in 1996 by Xu Jiayin just as the concept of private property was changing in China. After the Cultural Revolution (1965–1975), China began a period of economic reform designed to modernize the country and bring revenue to the state. It invested heavily in manufacturing and realized it was going to need an urban population to maximize output. Only one problem: under the 1982 Constitution, the state owned all urban land and it wasn't in a position to develop it, meaning facilities in many up-and-coming cities remained sparse. To solve this, the state developed the concept of LURs, or Land Use Rights, in 1988. Essentially, residents and retailers could lease urban land for extended periods of time, up to 70 years, in exchange for an upfront fee. This was formalized into law in 1994 and caused an explosion of urban development. Even better for these developers, the state decided in 2017 that LURs automatically renew for free, essentially reinstating the concept of private land ownership and prompting even more buying and building.

Riding the wave of this tide change was Evergrande, which began buying up LURs in every province of the country. In the beginning, it easily sold apartments years before they would be completed as Chinese consumers flocked to cities. This ensured the company could continue to pay interest on its debts and rapidly expand as demand swelled. For many, it worked out. The company has successfully completed over 1,300 commercial, residential, and infrastructure projects. However, after Evergrande's IPO in 2009 and a significant injection of cash from investors and banks, the company went on a bit of a spending spree.

In 2010, Evergrande purchased the professional soccer club next to its headquarters, Guangzhou F.C. It then invested millions into attracting foreign players to the club and spent over $150 million on a soccer school, making it the most expensive in the world. This was followed by a music production company (which would close in 2015). In 2014, Evergrande launched its own mineral water, spending $55 million on marketing in a single year and hiring Jackie Chan as a spokesperson. Less than a year later, it would spend half a billion dollars on a life insurance company and then decide to enter the theme park business. It unveiled Children's World in the Hunan provincial capital of Changsha in 2017, it cost a cool $7.3 billion. It hoped to open 15 theme parks over the coming decade.

All the while, Evergrande was paying out billions in dividends to stockholders. Since 2018, Xu Jiayin has received the equivalent of $5.3 billion due to his large quantity of shares.

Even with its many irons in the fire, the entire operation continued to hinge on vast swathes of debt, which could only be maintained thanks to millions of Chinese consumers pre-paying for their apartments. However, the real estate frenzy couldn't last forever. Enter the reforms of President Xi Jinping.

Recently, there has been a measured slow down in real estate sales in China as the state has attempted to curb the bubble. This has included increased restrictions on mortgage loans, tightening of property control policies, and caps on prices for reselling. Then came the real pain. In August 2020, Chinese authorities announced three new debt guidelines for Chinese developers, including specific leverage ratios they had to avoid. They were branded the "three red lines". Unfortunately, Evergrande was in violation of all three.

It would appear the company began to panic and was eager to get more cash in the door. In an attempt to fix the problem, Evergrande sold apartments at a discount, initially in secret. When the news hit social media, the developer attempted to reframe it as a marketing campaign. In October 2020, It sold $21 billion worth of apartments in 30 days by slashing prices more than 30%. But it wasn't enough.

Evergrande went looking for money anywhere it could get it.

At the beginning of 2021, it strong-armed its 200,000 employees, stating those who wanted to keep their bonuses needed to provide the company with a short-term loan. According to the New York Times: "Some workers tapped their friends and family for money to lend to the company. Others borrowed from the bank." Then it went after the people living in its buildings. Evergrande apartment complexes often come with a financial advisor, who pushed tenants to invest in Evergrande's own financial products. It's estimated that the company acquired more than $6 billion this way.

Then it slashed wages, laid-off workers, and canceled complimentary lunches before, finally, ceasing all payments to creditors, banks, staff, contractors, and suppliers. Over the summer, Evergrande paid off the equivalent of $34 million in bills to one of its paint suppliers with three unfinished properties. It is also rumored the company is trying to offload its electric vehicle business, which has lost more than $80 billion in value since its recent peaks.

In August of 2021, Chinese financial regulators summoned Evergrande's top executives and told them to fix their problem without disrupting the financial and property market. That instruction may have come too late. 42% of Evergrande's debt is due by the end of the year and it has already missed a payment on one of its many short-term loans.

If Evergrande goes under, the biggest impact will be within China itself. The company has pre-sold 1.4 million apartments that are in varying stages of completion and these buyers risk losing their entire downpayment. Additionally, Evergrande owes money to 171 Chinese banks and 121 domestic financial institutions (only about 7% of the company's debt is held abroad). This could cause a credit crunch and severely strain the country's financial sector, limiting growth, scaring foreign investors, and dampening the real estate market. In conclusion, a complete default could spell trouble for the Chinese economy.

For now though, we have to wait and see what the state and President Xi Jinping will do. Analysts are on the fence. Some believe it would send a bad message for the government to bail out a company in a sector it was trying to rein in. At the same time, economic distress could destabilize the government and its popular support, which is needed during this period of political reform.

For the global economy and the average investor, the impacts seem much less severe. With limited foreign investment, the incident is highly unlikely to cause defaults elsewhere in the world or reach Lehman-like proportions. American markets are expected to quickly recover and may even benefit from more investment remaining stateside. In truth, Evergrande is yet another reminder to investors that China is a high-risk region with an exceptionally powerful government and a lack of regulation and transparency. I would expect this incident to cause a further rotation out of Chinese stocks in favor of those in other regions.