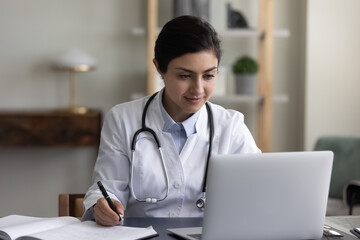 As inflation fears continue to spread across Wall Street, U.S. stocks had another tough week. The prospect of central banks stamping out inflation by enacting tough monetary policies rocked global markets on Tuesday in particular, which resulted in widespread panic selling.

Elsewhere, there were many exciting developments, including a potential takeover, a robust earnings report, and a ‘James Bond’ premiere that sent a certain cinema group’s stock soaring.

The healthcare IT company’s stock jumped this week upon news of a potential takeover by Walgreens Boots Alliance. According to a report from Bloomberg, Evolent’s activist investor, Engaged Capital, is pushing for a sale to lift the value of its investment in the business. Usually, a company being bought out is not a good thing for investors — remember the Slack/Salesforce deal? However, investors appear to be excited about this one as they expect the mega pharmacy-chain operator Walgreens to pay big bucks for Evolent, which could mean a premium payout for shareholders.

Shares in the theater technology chain skyrocketed after the company stated that it is opening the largest IMAX cinema in the world in Germany. Working with Lochmann Filmtheaterbetriebe, the pair opened the record-breakingly large screen to kick off the new ‘James Bond’ flick, ‘No Time to Die.’ The movie featured select sequences shot with IMAX cameras in a theater with groundbreaking IMAX laser and sound technology. Audiences from all over Germany traveled far and wide for the premiere, proving the popularity of its technology and the longevity of the brand.

This week, FactSet posted strong growth in its Q4 earnings report thanks to increased momentum for its products. The financial data and software company reported revenue growth of 7.4% year-over-year (YoY) to $411.9 million, boosted by higher sales of analytics, content, and technology solutions. Phil Snow, CEO of FactSet, explained that its goal of accelerating investment in content and technology over the last two years “is paying dividends” and has boosted its confidence going forward. Snow stated: “We enter next fiscal year with momentum and believe our strategy to scale our content refinery and create personalized workflow solutions will increase our market share."

With no major developments occurring in any of our biggest losers this week, it looks like they are all victims of panic selling. Investors fear that growth in technology companies is slowing down, coupled with worrying developments in China, rising inflation, and higher interest rates. This is likely the cause for Cloudflare (NET), StoneCo (STNE), Coupa Software (COUP), PagerDuty (PD), and Smartsheet (SMAR) falling this week.

Though typically a slow month on the market, September 2021 was particularly bad. The tech-heavy Nasdaq fell 5.3% yesterday, capping off its worst month of the year, while the S&P 500 (VOO) had its worst performance since March 2020.

Growth/tech stocks have been hit hard in this economic environment as their valuations are dependent on the company’s prospects for expansion in the future. Therefore, if interest rates and inflation are on the rise, it will make borrowing more expensive and the ability to get materials more costly. Both of these factors are paramount to growth stocks’ ability to expand, and should companies fail to do so, then shareholders are likely to mark down their views of how valuable future growth will be.