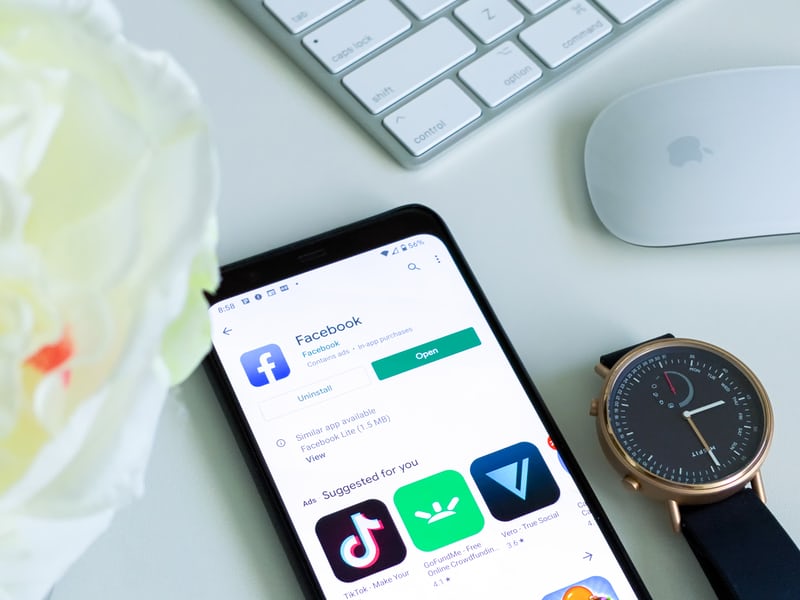 Chaos Is An Ad

Remember Game of Thrones? The most watched and culturally impactful show of the past decade that capitulated into obscurity? Yeah that one. When it was still watchable, it used to give us great scenes like this, in which our very own Aidan Gillen delivers one of the seminal lines of the entire series: “Chaos is a ladder”. While meant for a world of medieval political intrigue, the phrase seems just as appropriate to describe the current state of the $350 billion digital ad landscape, as Apple’s privacy update plays havoc with some of the world’s largest platforms.

Let’s rewind to April when this all kicked off. Apple introduced a privacy update, iOS 14.5, in which it asked users to opt-in to being tracked across different apps and websites. Before this, the default state was to have iPhone users manually opt-out themselves. In May, analytics company Flurry estimated the number of people who opt-in for tracking when prompted to be around 11% worldwide and only 4% in the United States.

I’m going to use Facebook as my main example for this piece, seeing as in pure dollars and cents, it’s likely the one feeling the largest impact. Now the secret ingredient to Facebook’s advertising business is a line of code called a Pixel which is found on over 8 million websites. This pixel is able to give targeted ads to a user of the app based on the websites they have visited. When you combine this with the number of eyeballs Facebook’s platforms attract day-in, day-out, it cultivated an advertiser’s dream and made the company the most effective advertising platform on the market. Businesses of all shapes and sizes relied heavily on Facebook’s tracking algorithm to deliver them customers ready to buy… that was until Apple cut off supply.

With up to 96% of its target market opting out of this integral tracking, you can see why Facebook — or any other company using a similar tracking algorithm — is not too happy with the decision. A severe reduction in the number of people it can target effectively meant Facebook’s ad model suffered. The Wall Street Journal surveyed a number of small and medium businesses across the spectrum of industry and they have all seen a spike in customer acquisition costs on the platform, some as high as ten-fold of what they previously paid to bag a new customer.

Of course, it is not just Facebook that is affected by this. Snap’s share price plummeted last week as the company missed revenue expectations and anticipated a significant drop for Q4 thanks to its leadership underestimating the impact iOS 14.5 would have. Ironically, Twitter — a company regularly lambasted for delivering irrelevant ads — outperformed in its most recent quarter, stating the update had less of an impact than expected. Even Google, a company with a more expansive online ecosystem than the almighty Apple, didn’t come out unscathed. The company claimed its YouTube revenues were modestly impacted by the privacy update. That being said, it still grew its overall ad business 43% to $53 billion and could be one of the main beneficiaries of the casualties of its more iOS-dependent counterparts.

So what happens next? Some of the world’s best platforms have seen a very real impact. Customer acquisition costs have gone through the roof, ad campaigns have become more opaque, and attribution has returned to its stab-in-the dark roots. It wouldn’t take an MBA to predict that in the short-term, ad spend will travel elsewhere, spelling a big opportunity for smaller players and alternative delivery methods. The Trade Desk indicated Connected TV as one of the company’s focal points moving forward. Other ad-tech players like Magnite and Tremor International share a similar focus. Of course, these companies can’t replicate social media’s gravitational pull in terms of users and impressions, but they may find themselves in the right space at the right time as Facebook and Snap’s ad slots become less valuable. There is also the $2.5 trillion elephant in the room.

The one thing that has made Apple the largest company in the world is the ability to find the next growth driver. It has consistently followed success with more success for decades. The iPhone was followed by the iPad. Then it moved to wearables and now its Airpods alone could be one of the largest companies in the world by revenue. After that it was services and a focus on high margin revenue. Could its ad business be the next step in this quest for world domination, at the expense of all the advertisers it has facilitated on its platform for so long?

Apple’s ad network is certainly not as extensive as that of Facebook or Google, however, it still captures a lot of eyeballs and is expected to take in about $2 billion in revenue this year. This figure would only represent less than 1% of Apple’s total revenue. Its main focus is around the App Store itself, which will dictate the type of advertisers it attracts — primarily app developers.

Considering ad revenue is a mere drop in the bucket for Apple — is that the first time anyone has called $2 billion a drop in the bucket? — I might be overanalyzing this situation. However, I can’t help but wonder if Apple’s motives for this move may go beyond the privacy of its users. Just a few weeks after the iOS update, it released a new “Suggested” ad slot in which developer’s apps could appear before a user has entered their search term in the App Store. Has the decision been made internally that advertising dollars are finally a worthy pursuit for the largest company in the world? Apple will not admit it, but perhaps its actions are speaking louder than words. As mega-advertisers like Snap and Facebook suffer, could we see a new major player enter the game?