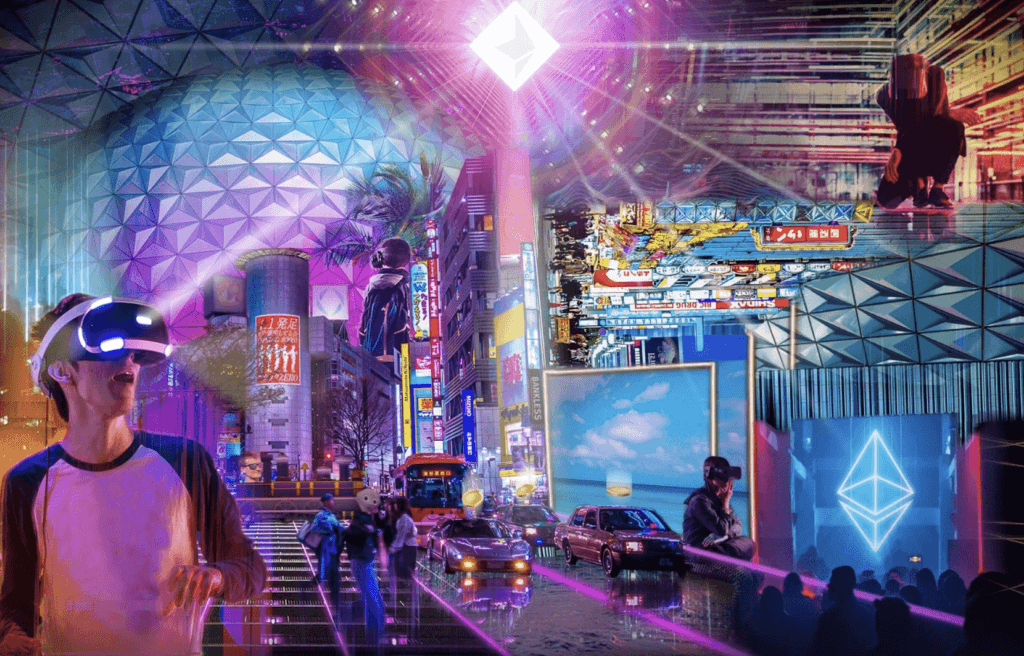 What Is The Metaverse?

In typical MyWallSt fashion, I’ve got an anecdote for you.

Last weekend, I visited home for the first time in months. After the usual pleasantries had been passed around, as well as the feigned delight at how long my hair had gotten, we got down to the real reason I was there — my mother’s portfolio.

A point of pride for her, now a MyWallSt subscriber, is that she has begun investing at the tender age of 55. For me, it has become a case of text after text regarding the best stocks and my supposed “insider knowledge”. But one question stuck out, as it’s one I’ve heard from many of our own readers:

What is the Metaverse?

It’s the buzzword of the year and seems to be what many gaming companies, as well as social media giants like Snap and Facebook, are banking their future growth on. But aside from that, many don’t appear to be too clued into the real meaning of this word.

The basic definition of the Metaverse is:

The concept of a future iteration of the Internet, made up of persistent, shared, 3D virtual spaces linked into a perceived virtual universe. The Metaverse in a broader sense may not only refer to virtual worlds, but Internet as a whole, including the entire spectrum of augmented reality.

In simple terms, it’s a virtual, internet world, but what are its applications?

This is pretty easy to grasp. I mean, we’ve had games like ‘Second Life, ‘World of Warcraft’, and much more for years now. And with virtual reality (VR) on the rise, the applications in gaming are endless. Virtual reality battlefields, construction, simulators, and more — all with your friends ‘virtually’ right beside you.

And then there’s Roblox, which has taken things to a whole new level with its massive Metaverse concept. It has its own virtual world complete with an in-house currency, millions of players, and even ‘live’ concerts from Lil Nas X and Twenty One Pilots.

Who needs to go outside anymore?

But it doesn’t just apply to gaming, of course. Social media, Facebook, in particular, appears to believe that this is a massive growth space. We saw earlier this year the combination of Facebook’s Oculus VR headsets and the Metaverse. CEO Mark Zuckerberg was able to have a virtual conference in a virtual room — as well as give us all nightmares.

And we might see a lot more tonight at Facebook’s Connect Conference, where Zucks himself is expected to unveil additional details about his company's quest to build the Metaverse. That includes a new generation of social media services that brings real-time communication to augmented reality (AR), VR, and other platforms. Looks like we’ll all be avatars in the future.

See image above, copy and paste yourself and your coworkers into a virtual office space, and that could be the workplace of the future. Before you start spewing accusations of dystopian intent, think about it, instead of a Zoom call — *shudder* — you can stick a headset on and engage in seemingly face-to-face conversations before removing said headset and getting back to work.

To infinity, and beyond!

There are so many more applications out there for the Metaverse that we haven’t even scratched the surface of yet:

I can’t possibly hope to have answered every question you (or my mother) might have about the Metaverse, but it’s a good start. If you’re ready for an even deeper dive into this strange world, you can read or listen to this wonderful article by Forbes’ John Koetsier.