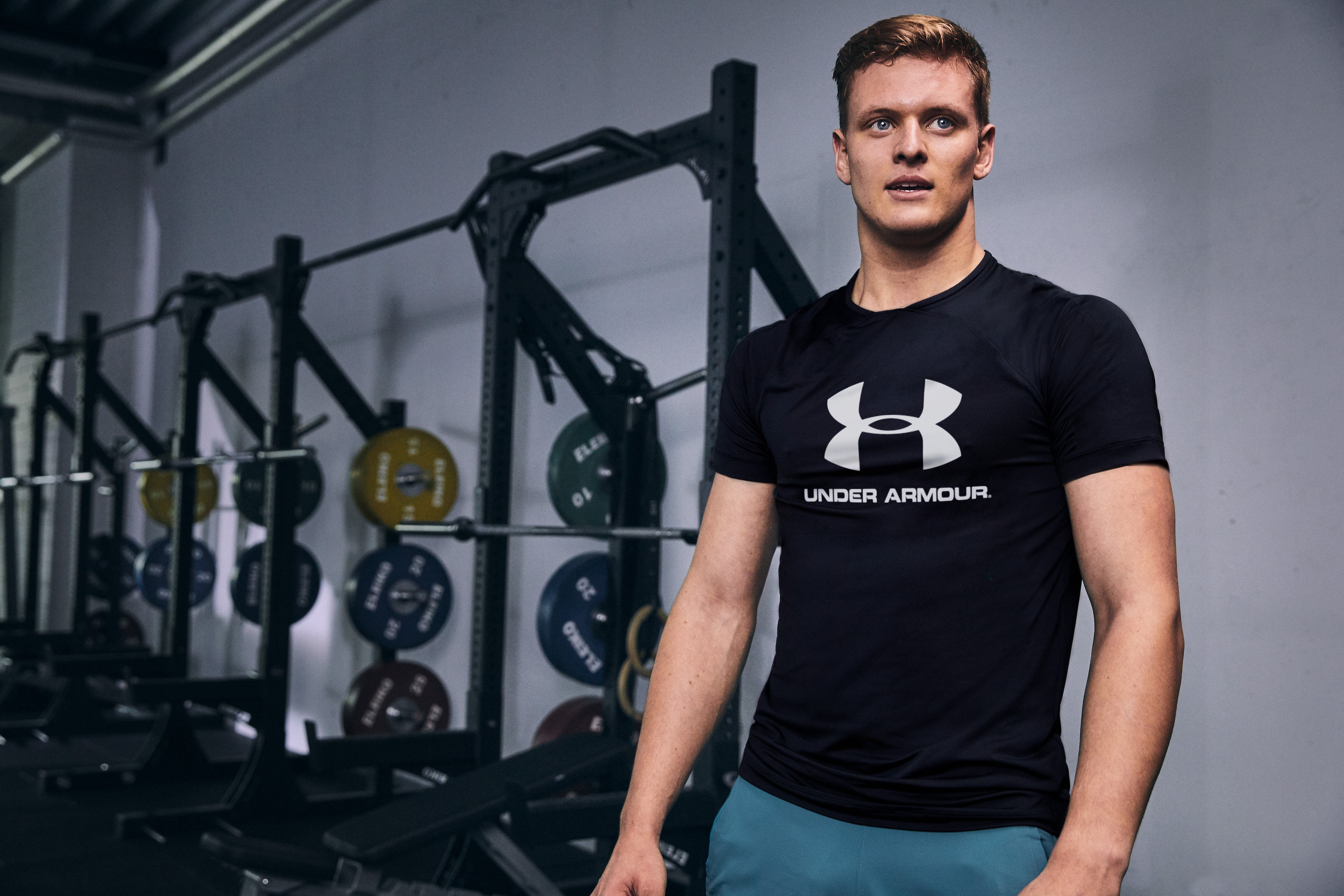 Under Armour: Back From The Brink?

Under Armour is the ugly duckling of the MyWallSt shortlist. There it sits, bottom of the bunch, having shed 75% of its valuation since it was added in September of 2015. Back then, it was the darling on Wall Street, jumping 500% in a mere three years on the back of 26 consecutive quarters of 20% or greater year-over-year revenue growth. Big-name athletes like Michael Phelps and Tom Brady promoted the company's clothes as high-tech tools of elite performance. Brady even had a line of pajamas designed to promote recovery via Far Infrared technology — whatever that means. But when premium sports retailers began to shutter in the face of e-commerce, Under Armour was left without a place to sell its apparel and was forced to divert much of its inventory to discount retailers. Over time, its placement within these stores tarnished its premium branding, not to mention its scandal-prone founder CEO Kevin Plank, lackluster women's division, and refusal to participate in the athleisure trend.

Together, these factors gave the stock a drastic haircut, and then the pandemic finished the job.

However, in the midst of lockdowns and store closures, Under Armour would begin an ambitious plan to right the ship.

In January 2020, the company got a new CEO named Patrik Frisk. Frisk is an expert at rebuilding apparel brands, he is credited with revitalizing Timberland in a mere three years and oversaw the restructuring of the Aldo Group. For Under Armour, he proposed a multi-year overhaul that would cut costs and increase margins all while building back the company's premium performance brand. This meant UA had to sell long-floundering MyFitnessPal, remove its products from 3,000 discount retailers, sign a new generation of athletes, establish a robust direct-to-consumer channel, and foster meaningful product innovation. That's a pretty long list.

But here we are, seven quarters later and maybe things are beginning to turn around.

In Q3 of 2021, revenue growth returned better than expected, sales rose 8% year-over-year. Crucially, when compared to pre-pandemic 2019, yearly revenue is up 3%, meaning Under Armour is on track to beat its full-year projections. Best of all, this revenue looks healthier and reflects the brand's ability to better control its relationship with customers. Much of this quarter's growth was thanks to an expansion of direct-to-consumer sales, which rose 12% year-over-year, driven by a 21% increase in sales within UA-owned and operated retail stores. Lululemon has demonstrated the power of owning and designing one's stores, if Under Armour is heading down that route it may just be able to reclaim some of its premium positioning. This was hinted at by CFO David E. Bergman on the latest earnings call:

"A much smaller percentage of sales are off-price or third party, there is a lot fewer promotions and discounting... We do continue to see pretty strong benefits that we're able to drive by holding prices rise higher. Sell-through has been good with wholesale partners, so not having a discount or giving many markdown dollars. That is definitely contributing a lot to some of the pricing and gross margin benefits."

On top of this, the company's e-commerce business is up over 50% since 2019 and more than a quarter of its revenue comes from outside the United States, an all-time high. All of these are positives, diverse revenue is sustainable revenue.

That being said, we're not completely out of the woods. Like all retailers, Under Armour may fall victim to supply chain issues that could take a bite of the lucrative Christmas season. While management seemed optimistic that the company's manufacturing facilities were spread wide enough apart to prevent this, I'm still a little skeptical.

There's also the issue of Under Armour's perception among young people, a damning metric for businesses seeking long-term prosperity. Back in 2018, surveyors concluded UA had fallen out of favor with teenagers, particularly affluent males, a key demographic for a sports equipment company. It was once the No. 1 brand among upper-income males under 25, now it sat in 11th behind Adidas and Nike. The company has put in a lot of work since then, including a change in marketing, partnerships with new sports stars, and an expansion of its direct-to-teams segment to keep its products in schools, but the jury is still out if it can reclaim favor and once again be considered cool. For now, best to keep an eye on the trends.

Despite its ugly past, Under Armour may well be on its way to becoming a swan, or at least a more appealing duck. It has certainly been an interesting journey and it would appear far from over.