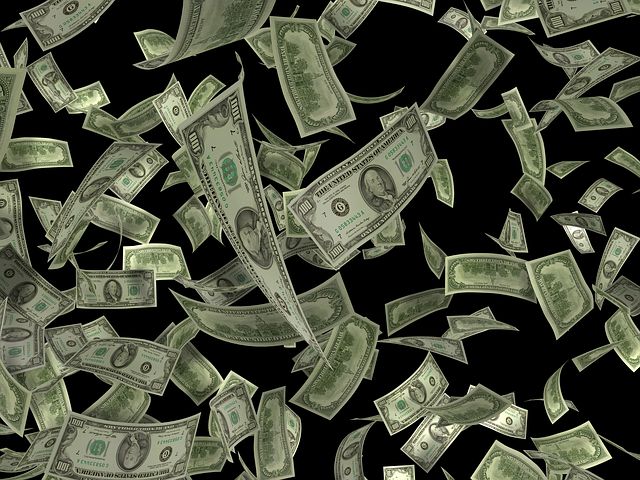 A Mixed Bag Of Earnings

It’s the busiest week for earnings here at MyWallSt, which has kept our poor analyst team up at night pulling their hair out. So, until we move on to next week’s relative quietness, we’ve got a lot of ground to cover on some bad news for iBuying, a Roomba-tastic quarter, and more.

When you hear of a company that provides — *checks notes* — software-driven cloud networking solutions for large data center storage and computing environments, you just know you’re in for a wild ride. And that’s what investors got on Monday night when Arista Networks comfortably beat analyst estimates for Q3, posting earnings per share (EPS) of $2.96 on revenue of nearly $749 million — $11 million above forecasts. The cherry on top; for fiscal 2022, Arista raised its forecast of revenue growth to 30%. The company is in very good shape heading into 2022 with excellent management in the form of CEO Jayshree Ullal, a market-beating product, and continued innovation in an industry that represents a long runway for growth.

Don’t call it a comeback — or do, actually, if you’re bullish because Under Armour is smashing it right now. Q3 revenue came in at $1.55 billion while EPS was double expectations at $0.31. It’s good news all ‘round the world too, with sales jumping 27% in Latin America, 15% in Europe, 19% in the Asia Pacific, and a modest 8% in its core market, North America. Having previously fallen out of favor with younger consumers, suffering a scandal around accounting practices, and seeing its share price fall almost 20% over the past five years, things are looking up under new CEO Patrik Frisk. If you want a more in-depth analysis, read our recent Insight here.

Never underestimate the moving power of a small-cap business and a strong quarterly report. iRobot is still reaping the rewards of its $441 million in revenue and massive earnings beat of $1.67 per share that it reported last week. Not only is it keeping the bean counters happy, but the Roomba-maker made significant strides in beefing up its ESG (Environmental, Social and Governance) scores this week by kicking off #iRobotFor. This initiative will see the company donate Root coding robots and training to underserved communities. With ethical investing taking center stage of late, initiatives like this will go a long way to boosting iRobot’s reputation amongst investors.

Here at MyWallSt, we often preach long-term thinking, which includes taking quarterly earnings with a pinch of salt. But sometimes the fallout from a bad quarter is downright scary, as was the case with Chegg, which fell 50% on Tuesday. For Q3, things looked good; revenue rose 12% to $171.9 million and EBITDA jumped 45% to $46.4 million. However, warnings of declining enrollments caused by a combination of COVID variants, increased employment opportunities and compensation, along with fatigue, sent investors into a panic. Analyst downgrades and panic selling simply snowballed until the company was blessed with Wall Street’s closing bell. If you want to learn more about MyWallSt’s opinion on Chegg in the long term, read here.

My oh my, it has not been a good week for Zillow. The company’s announcement that it was getting out of iBuying was followed by some pretty ugly-looking Q3 results. It missed estimates with revenue coming in at $1.74 billion versus $2.01 billion expected and losses per share of $0.95 versus EPS of $0.16 anticipated. But it’s not all doom n’ gloom, because instead of stubbornly leading Zillow down a debt-ridden path, CEO Rich Barton is willing to take the hit, admit the mistake, bring on board some learnings, and move on. What’s more, Zillow’s other arms are still strong, with its internet, media, and technology revenue growing by 16% in the quarter to $480 million, with gross profit of just over $130 million. So, all hope is certainly not lost, but a few rough months are incoming.