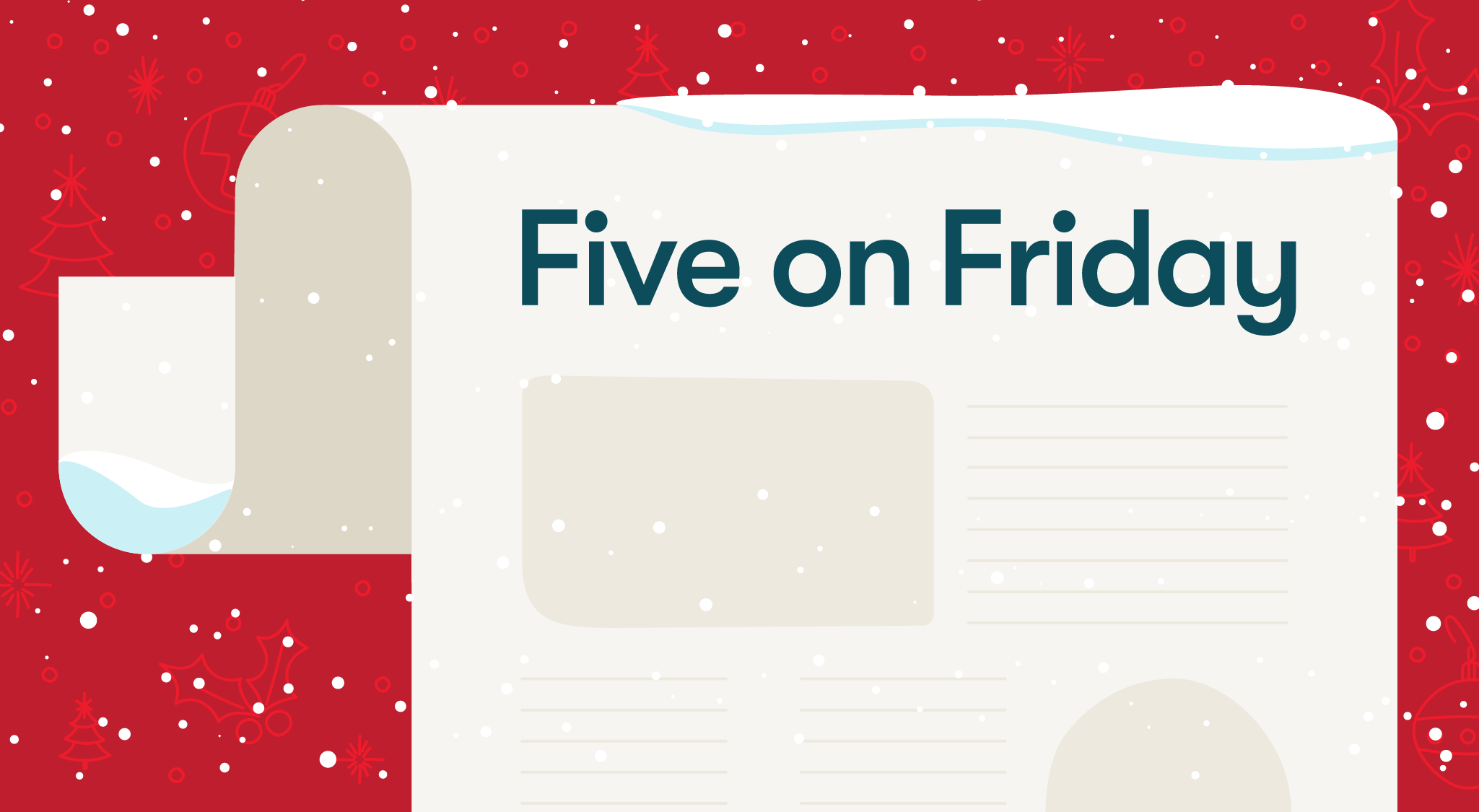 This year saw the collapse of WeWork’s IPO as well as massive public offerings from the likes of Uber, Beyond Meat, and more.

How did these companies do?

From $47 billion to $5 billion — how the mighty WeWork has fallen. After its failed IPO in September, the collapse of the business, the departure of founder Adam Neumann, and a host of other controversies, WeWork really was the disaster-story of the year. But it wasn’t the only 2019 unicorn that’s had a tough time.

Workplace-communications firm Slack also saw its valuation of $23 billion slashed by more than half within months of directly listing on the NYSE. Now hovering around $11 billion, the company is in a fight for its life as competitor Microsoft Teams overtakes it in subscriber numbers.

Another high-profile unicorn that has seen its value almost halved is Uber. The company went public valued at more than $80 billion, but has since fallen below $50 billion as the ride-sharing business model, in general, is called into question, along with mounting losses and canceled operating licenses across some of its biggest cities.

Overall, the market has soured on unprofitable unicorns this year. It was all about growth and profits be damned, but then the winds changed and investor focus turned to “capital efficiency,” or “how can I get big returns without having to put much money at risk?” 2020 may not see companies valued so highly, but we can still expect the likes of Airbnb and Instacart to join the public market.

Just 8 companies raised more than $1 billion from their IPOs in 2019, including Uber, SmileDirectClub, and Peloton.

2019 proved to be the year that the ‘meatless revolution’ truly took off, with market-disruptor Beyond Meat taking the reins following a successful IPO.

Back in July, just two months after its IPO, Beyond Meat looked nigh unstoppable. The plant-based meat maker broke the $200-a-share threshold for the first time and was more than 700% above its initial public offering price. However, its $12 billion market cap left investors scratching their heads.

While analysts had positive views of Beyond Meat, many had a hard time justifying that market valuation for the newly public company in a nascent and generally untested industry. Its stock price has since declined from that July valuation but it is still 200% above its $25 IPO price. Like its burger, BYND stock is all a matter of taste and that’s been the problem.

However, one cannot deny the clear potential of the alternative-to-meat market. Plant-based penetration in the global meat market will steadily climb toward 10% over the next decade according to analysts. There are challenges to Beyond Meat such as competition — Nestlé and Tyson are established brands with established networks — as well as Beyond’s issues with ‘meating’ demand (I’m not sorry).

It is a young industry, and the rise of eco-awareness in relation to climate change could be a key driver in the company’s success. If Beyond Meat can sort out some of its issues in the coming years, it might well retain its crown as the biggest stock in meat-alternatives.

It looks like this year could go down as one with the highest number of CEO departures, as 2019 saw the exit of CEOs from many high-profile companies including Nike and Google.

How many CEOs have departed this year?

In November alone, 148 chief executives left their posts, bringing the tally for the first 11 months of the year to a record 1,480. The highest total year on record previous to this was in 2008 when 1,484 CEOs departed in the midst of the Financial Crisis. That means that only 5 CEOs need to depart in December to break this record, and we already know about 4 of them — Alphabet, United Airlines, Expedia and SoulCycle.

Several factors are contributing to this high turnover rate. One is a strong economy and high demand for C-level skills that are attracting CEOs to new positions. Another is the ongoing uncertainty surrounding trade and regulations as emerging technologies continue to disrupt almost every industry. Likewise, coming off of a decade-long expansion, companies that started and developed during this period now find themselves needing new leadership to continue to grow.

Some high profile departures from the MyWallSt shortlist of stocks are the CEOs of Alphabet, Nike, Under Armour, as well as large companies outside of our app such as McDonald’s. A complete figure should be released in January, which may well confirm 2019’s status as the leading year for CEO turnover.

Some estimates state that it costs organizations an average of $136 million to suddenly lose a CEO rather than having a planned retirement with an organized succession plan.

Four companies in the MyWallSt shortlist were acquired in 2019, so to these we must bid farewell — Ellie Mae, Fitbit, Tiffany & Co., and Ultimate Software.

Ultimate Software: On February 4, Hellman & Friedman Capital Partners announced it would purchase Ultimate Software Group for $11 billion and the deal was closed by early May. A relatively uneventful acquisition which saw investors receive $331.50 per share in cash. The SaaS company continues to operate under the leadership of CEO Scott Scherr and his senior management team. Between the time we added it in 2016 and when it left our app, the company had a return on investment of 58.36%.

Ellie Mae: On April 17, the leading cloud-based platform provider for the mortgage finance industry announced that it has been acquired by Thoma Bravo, LLC, a leading private equity investment firm. The deal valued Ellie Mae at $3.7 billion, with shareholders receiving $99 per share in the all-cash deal. The company currently processes roughly 35% of all U.S. mortgage applications. Between the time we added it in 2016 and when it left our app, the company had a return on investment of -0.19%.

Fitbit: On November 1, Google parent company Alphabet announced that it had purchased fitness-tracker manufacturer Fitbit in an all-cash deal worth $2.1 billion. Google will pay $7.35 per share when the acquisition is finalized sometime in 2020 — unless the purchase is stopped by regulators before then. The move could be a boost for Google’s hardware department, which has struggled to make substantial gains on the market. By purchasing a well-known wearables brand, the company could well begin to challenge market leaders such as Apple.

Tiffany & Co: After much huffing and puffing, French luxury conglomerate LVMH sealed a deal to acquire American jeweler Tiffany & Co. for $16 billion at the end of November. Some of LVMH’s well-known brands include Moët & Chandon, Dom Perignon, Givenchy, and Louis Vuitton. Adding Tiffany’s to this list will open up the U.S. market for them, and give Tiffany’s a hand with its struggling growth in recent years. The transaction is expected to close in the middle of 2020, subject to approval from Tiffany’s shareholders and regulatory approvals.

As of 2019 the largest ever acquisition was the 1999 takeover of Mannesmann by Vodafone Airtouch PLC at $202 billion ($304 billion adjusted for inflation).

If you look at the top 10 highest-grossing movies of all time, you will notice that there is a very common theme. Disney owns 7 of these 10, which accumulated a joint total of roughly $14 billion dollars globally. In 2019 alone, Disney looks set to surpass $12 billion, pending the final tally of ‘Star Wars: The Rise of Skywalker’.

It is safe to say that the ‘House of Mouse’ is slowly taking over the world. With six $1 billion + box-office hits this year  — including the highest-grossing movie of all time, ‘Avengers: Endgame’ — and its new streaming service, Disney Plus, already boasting subscriber numbers in the tens of millions, Disney can do no wrong. Disney Plus is not expected to make a profit until 2024, and by this time the company expects to have 90 million subscribers, generating $630 million in monthly revenue, or $2 billion quarterly.

Not only has its movie segment smashed all records set before it and accounted for more than 30% of total U.S. cinema tickets sold, but its largest revenue generator — Parks, experiences and products — has also reported a 6% growth for fiscal 2019 at $26.2 billion

Disney rounded off 2019 with a record of $69.57 billion in revenue and a net income of just under $10.5 billion. And of course, we can’t forget that Disney also brought us ‘Baby Yoda’.

In my eyes, the Walt Disney Company is 2019’s big winner.

Can anything stop Disney?

It doesn’t look like anyone can stop Disney, with even market-leading companies such as Netflix struggling from the impact of its services. It will be interesting to see how the company kicks on from such a successful year and seeks to improve upon it.

When adjusted for inflation, 1939’s ‘Gone With The Wind’ is actually the highest-grossing movie of all time, coming in at roughly $3.7 billion.