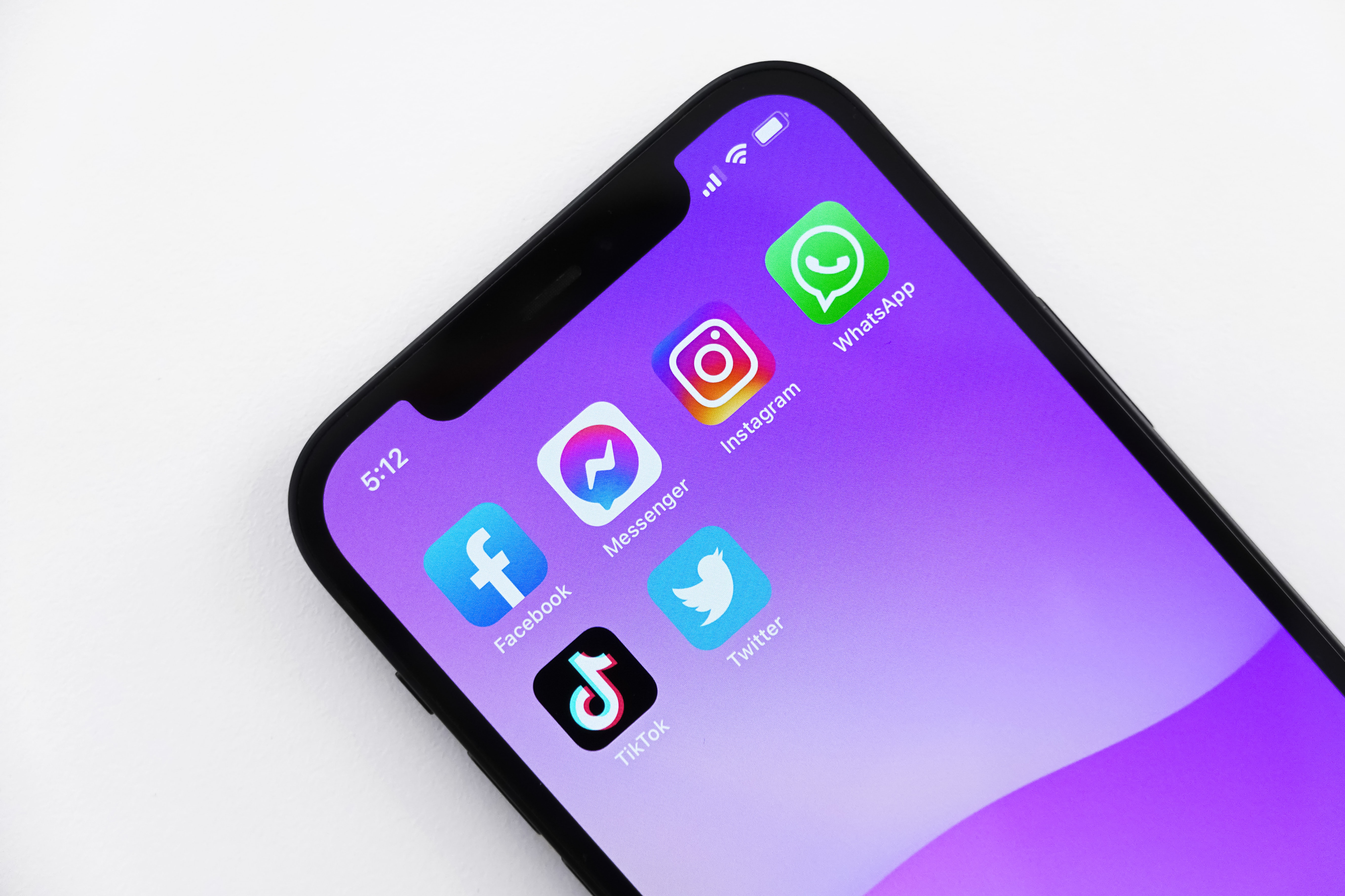 A Not So Social Media

It's been a tough year for social media platforms. Thanks to the release of iOS 14, iPhones are automatically opted out of IDFA tracking, meaning sites cannot construct detailed user profiles for targeted advertising. Its effects are sure to be far-reaching — there are 1.65 billion active iPhones in the world and less than 25% of them have opted for tracking. We can already see it taking a toll on all the big names: Twitter, Pinterest, and most severely, Facebook. In October, Zuckerberg's social media juggernaut missed analysts' expectations for revenue by more than $500 million, and the CEO placed the blame solely on Apple. However, Apple is not the only dark cloud on Facebook's horizon.

At the beginning of 2021, a new word entered the internet's lexicon: 'cheugy'. Pronounced CHOOG-ee, the term first came to light in 2013 when a Beverly Hills High School student coined it to describe "people who were slightly off trend". This is where cheugy lied in wait, effortlessly floating through the hallways and lunchrooms of California high schools, killing time until its moment in the sun. Five years later, the nascent and catchy expression would be added to Urban Dictionary, before emerging like a screaming cicada in March of this year thanks to Generation Z.

While it initially meant someone a little behind the times, cheugy grew to become synonymous with the tacky culture of Millennials. Gen Z kids used it to mock their somewhat-elders, creating the war cry of the next great intergenerational conflict. iPad kids, infinity scarves, pumpkin spice lattes, puns in photo captions — the very lifeblood of the early internet, all cheugy. This, of course, made the term highly controversial and its meaning subjective and ever-shifting. TikTok and Twitter became debate halls where thirty-somethings attempted to justify their longstanding obsession with Harry Potter to teenagers dressed like they'd escaped a John Hughes movie (fashion truly does move in a forty-year cycle).

Now you may be thinking: "What does this have to do with Facebook's advertising revenue?", but I'm getting there. You see, while cheugy went streaking across the internet, journalists were taking notes and one of those was New York Times reporter Taylor Lorenz. Lorenz published the now infamous article: "What is 'Cheugy'? You Know It When You See It", in which she stated Instagram was the "pinnacle of cheugy". This got me thinking.

Members of Gen Z are definitely on Instagram, I know this because I follow some of them, but they use the platform in a way that's very different from how it has ever been used before. As Instagram grew out of Facebook's primordial ooze, it became the refined social media. Instagram was where you posted the best picture you'd ever taken of yourself on vacation, Facebook was where you posted the complete 120 plus photo album from your cousin's Bat Mitzvah. As Instagram became dominated by celebrities and influencers, regular people followed in their footsteps, taking dozens of rehearsed photos and editing them with apps like Facetune until they'd whittled it down to one perfect picture. It was not unusual for a friend to ask a group chat for a caption that was "funny but not too funny" and for you to wait until the evening to post to maximize likes.

Gen Z doesn't do any of this. They'll select a random assortment of recent photos — some of them cute, some of them blurry, one of them might be a screenshot of a meme — and then they'll put them all together in a single post with the caption: "photo dump". The refined gallery of the internet has become the casual diary. Posts look more like texts between friends than the cover shoot of a magazine.

Admittedly, some of this behavioral shift may be in response to changes within Instagram itself. The company no longer publicly displays the number of likes a photo receives and its algorithm now favors video and shopping content over photos, meaning it's highly unlikely your one post will generate attention outside of your most loyal followers. However, I also believe it's a reflection of a legitimate shift in how young people interact with and view social media.

In 2019, Edison Research found that social media usage among Americans 12 to 34 years old had either leveled off or was waning on most major platforms. According to Sara Wilson at the Harvard Business Journal, this is because young people are tired of "constructing carefully curated online identities and accumulating heaps of online “friends". Instead, they're retreating back into known friend groups and interacting with them in more private ways, like group chats. When they do interact with the wider world online, it is never the sole or primary reason. Roblox, Fortnite, and TikTok are all on the rise because they bring people together in the name of entertainment and a shared interest not just for the sake of knowing them.

It would appear young people are confirming what we knew all along: Facebook and Instagram are super boring. Just because you know someone, doesn't mean they’re going to create content worth consuming. Hence, Gen Z’s blasé use of Instagram and almost nonexistent use of Facebook.

Now, what does all this mean for social media companies moving forward? Well, it really changes the whole game.

Social media was so great for generating advertising revenue because every single user filled out and reinforced a survey about themself every day. From your profile to your photos to your likes to the data Facebook was collecting on the sly, it was very easy to advertise to you and everyone around you. That relationship is definitely on the rocks.

In the short term, companies seem eager to reconfigure themselves to win the group chat and DM race. Twitter recently acquired Quill to completely overhaul their DMs, WhatsApp now has a shopping function, Apple keeps adding multimedia functionality to iMessage, and group chats created within the Facebook ecosystem can now seamlessly move between products. Not to mention the younger competition. Discord and Twitch saw the rise of small group interactions on their platforms during the pandemic. This shift is something leaders have long seen coming. In 2019, Zuckerberg himself said: “We already see that private messaging, ephemeral stories, and small groups are by far the fastest-growing areas of online communication”.

However, very few of these opportunities can be effectively monetized.

It was easy to sneak a sponsored post on your Facebook or Instagram feed. It was intrusive but not enough that you would turn away or stop using the product. Placing advertising in a group chat would feel like someone has kicked down your door and placed a billboard in your living room. Users have an assumption of privacy when they use messaging products and platforms risk losing their users if that illusion is challenged. But, of course, that won’t stop Facebook from trying.

In early 2020, Facebook purchased Giphy for $315 million. Due to some creative accounting, the deal flew right under the nose of U.S. regulators and Facebook seemed home free. You can’t really blame regulators for letting this one slide, Giphy is a downloadable GIF keyboard, not exactly a titan of industry. However, it is a titan of subtlety.

Giphy makes money by sneaking sponsored content into GIFs. With more than 700 million daily visitors across its keyboard and site, it has quite the audience. This is a great way to monetize group chats, not only within Facebook’s products but everywhere online. Sinisterly, it would also give Facebook access to data from every messaging platform on earth. You can see why the Competition and Markets Authority (CMA) in the U.K. intervened this month, demanding Facebook sell Giphy as its acquisition “stifles competition in the social media landscape and the digital advertising industry”. Facebook has announced it will challenge the decision but a reversal looks unlikely.

It would appear the monetization of the private online sphere is going to be challenging. So, I predict the next great frontier for social media in the public sphere. One where people go to experience things and be entertained, not by people that they necessarily know, but just people. This will mean an investment in content or an investment in content matching. ‘Fortnite’ and Roblox built the game, TikTok built the algorithm. Facebook and Instagram either need to incentivize the creation of better content or get way better at using the dwindling content they already have. Otherwise, they risk losing the eyes of the world.

This is why Facebook wants the metaverse, it needs a place to host things worth seeing.