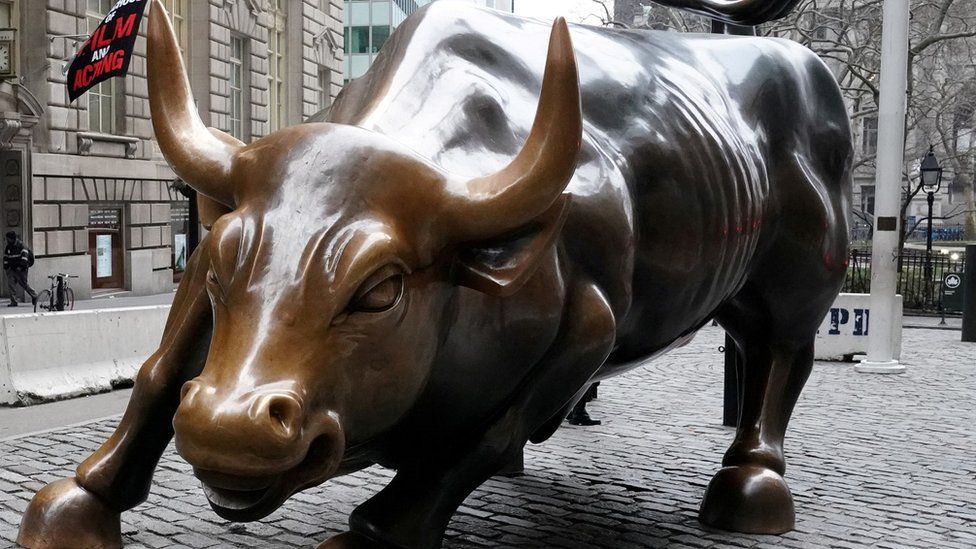 Market Movers: Is The Bear Market Over?

Have you got your morning coffee and pajamas on, ready to embrace the sweet sweet bliss of the weekend?

Me too, and what better way to start than by checking out how our stocks did this week. Some performances might even surprise you.

“We have to be willing to confront the world as it is, not as we want it to be if we’re going to be successful.”

No, that isn’t a line from the recent ‘Matrix’ reboot movie, but an email snippet from incoming Peloton CEO Barry McCarthy to his new colleagues.

Whatever your thoughts on the philosophical nature of stationary exercise bikes, there’s no doubt that this week was an interesting one for Peloton investors. Between the aforementioned CEO turnover, almost 3,000 layoffs, and less-than-impressive earnings showing, it’s surprising to see Peloton soar 50%. However, investors have had a tough time of late, with shares still down almost 70% in the past six months.

An executive reshuffle provides confidence, especially with McCarthy’s history as CFO of subscription-first businesses Spotify and Netflix. It’s entirely possible that long-term investors could look back on this event, years from now, and pinpoint it as the exact moment things turned around at Peloton.

Educational technology (ed-tech) was quite hot last year, which is what happens when a global pandemic renders traditional classroom aesthetics redundant, forcing millions of students and educators into the world of online learning solutions. However, as institutions reopen worldwide and normality returns, things got quite grim for the likes of Chegg, which made its impressive earnings report this week all the more welcome.

It reported a strong earnings beat this week, posting earnings per share of $0.38 against an estimate of $0.31, on revenue of $207.47 million versus a predicted $195.24 million. It was a welcome sight considering its November report last year resulted in its share price getting cut in half overnight as return-to-school slowed its growth.

With 7.8 million Chegg Services subscribers, an 18% increase on 2020, investors can take comfort in the fact that Chegg’s online solutions could be here to stay, but should be willing to weather some volatility as the world continues to return to normal in 2022.

When your share price is down more than 25% in the past year, you’re staring down the barrel of an inflation-riddled economy, and your shareholders are actively undermining an important acquisition, how do you convey confidence?

By rejecting a $16 billion takeover bid, of course!

And that’s exactly what Zendesk did this week if reports are to be believed. Yesterday, a consortium of unnamed private equity firms offered to buy Zendesk in the range of $127 to $132 per share in cash. This comes in well above the $103.11 share price Zendesk closed at on Wednesday. Zendesk said no, and appears to be in no way interested in entering negotiations of any sort.

That didn’t stop investors leaping upon the news, hopeful of a buyout above market price which could land them with a rich payout. However, acquisitions of the promising stocks on our shortlist are not something we relish here at MyWallSt, so we actually welcome reports that Zendesk will not be acquired. As long-term investors, we don’t want to lose out on the potential growth we believe Zendesk is capable of. If you want to know more about our bull thesis for Zendesk, click on the company link above.

Like a car crash you just can’t take your eyes off of, 2U is showing the world how not to wow investors with an earnings report. Performing like some perverse antipode of ed-tech rival Chegg, 2U reported losses of $67.3 million in Q4, or $0.20 per share — much wider than losses of $0.06 a year ago.

That brings the company’s share price down 80% over the past year, but is it time to hit the panic button just yet? After all, we’re in this for the long haul, right?

There are some worrying signs for 2U, especially as it is not bouncing back from the post-COVID slump as well as its competitors. What’s more, another headwind will be its $800 million acquisition of the nonprofit edX that runs remote learning courses. 2U is turning this into a for-profit operation, but will support a new nonprofit to be created in the wake of the sale. With the firm hemorrhaging cash at an alarming pace, these plans may need revision, which will greatly undermine 2U’s growth strategy.

We’ll have to keep an eye on this one.

As a wide-eyed Matthew McConaughey would say: “those are rookie numbers Pinterest”. So why, you ask, are we talking about a measly 6% dip? Well, given the optimism following its recent earnings report, it’s worth noting some concerns about Pinterest.

Firstly, while revenue did rise 20% year-over-year to $847 million in Q4, its monthly active users (MAUs) declined for a third straight quarter. Considering Facebook just experienced its first-ever user decline, this is an understandable concern for ‘Pinners’, not to mention the overarching problem of Apple and Google’s algorithm and privacy changes which have crippled the advertising world.

All this has culminated in a tough few weeks for Pinterest investors, bringing its year-to-date losses to almost 30%.

There is hope, however, that Pinterest’s fortunes could soon turn. The company had 86.6 million U.S. MAUs and 436.8 million global MAUs as of February 1 and has indicated that its slowdown could be coming to an end. What’s more, average revenue per user (ARPU) is on the rise, coming in at a record $1.93 in Q4. If the company can stabilize these kinds of figures in 2022, it could start reclaiming its growth status and provide positive returns for investors again.