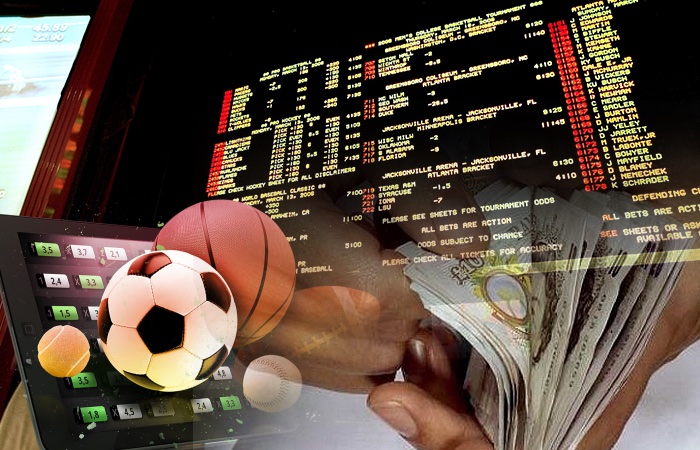 Like many of you, I’m sure, we’ve been monitoring the tragic events unfolding in Ukraine this week, and hope that the situation can be resolved soon.

And while the ins and outs of Wall Street seem redundant in comparison, the market rolls on, and we’ve got it covered.

Considering the sports betting company’s 21% loss last Friday following its earnings report, this bounceback is unlikely to have DraftKings investors clawing to buy up the stock.

The irony shouldn’t be lost on us that a company that makes its fortunes on miraculous upsets and last-minute winners is acting so volatile, but it serves as quite a telling tale of the state of the current market. Beating the analysts is no longer enough to send your stock skyward — it won’t even keep you flat. All eyes are currently fixed on the future, with just one weak piece of guidance enough to tank a company.

DraftKings’ underwhelming EBITDA expectation was its undoing, with a loss between $825 million and $925 million far exceeding the predicted $572.7 million. Analysts across the nation slashed their price targets for the firm. But, despite this, many of these price forecasts still lie well above DraftKings’ current valuation.

As investors zoomed out from the rollercoaster of this earnings season and quelled their panic, many seemed to realize that DraftKings still maintains its huge growth potential. Will this mark the end of DraftKings’ massive volatility though?

I wouldn’t bet on it.

Not wanting to be left out, Roku also bounced back following a post-earnings slump of over 25% last week. Once again, weak guidance overshadowed any positive figures from the report with slowing growth the main cause behind the sell-off.

With the stock still down over 40% this year, many are wondering if it has simply ran its race — we even questioned our own thoughts on the firm! But a deeper look at the company shows vast potential still bubbling under the surface. Streaming is stronger than ever, advertising is shifting and Roku offers a future-proof alternative to keep targeting vital demographics, and supply chain issues will inevitably begin to trail off.

And we’re not the only ones thinking this. Analysts have the firm priced well above what it’s currently trading at, signaling that many feel Roku is oversold. With a strong platform and headwinds hopefully soon to ease, Roku could well keep this momentum going.

Having suffered the curse of the growth stock during its Q4 earnings call two weeks ago — beat estimates, disappointed on guidance — Cloudflare is clawing its way back. Still down more than 6% since February 10th’s report, the company is soaring off the back of exciting acquisition news.

On Wednesday, it was reported that Cloudflare is acquiring Area 1 Security in a deal valued at $162 million. The deal will be paid partially in stock and partially in cash, estimated to be roughly a 50/50 split between the two. Area 1 is a cloud-native platform that prevents phishing attacks by email and other cybersecurity threats before they can inflict damage on corporate entities. It reportedly blocked over 40 million phishing campaigns for its customers in 2021 alone.

With the cybersecurity market expected to be worth almost $400 billion annually by 2028, Cloudflare is doing well to shore itself up as an industry leader.

Sometimes things happen on such a scale that it’s just totally out of your control. In this case, the current Russia-Ukraine war has deeply impacted markets across the entire globe. The harrowing acts in Eastern Europe have plunged the world into deep uncertainty, and one of the many industries affected is travel.

COVID-19 already wreaked havoc on the travel industry, although signs of recovery were beginning to show. For Booking Holdings, this was evidenced by its fourth-quarter earnings report. Revenue came in at $3 billion, an increase of 141% on the year-ago quarter, while earnings per share (EPS) of $15.83 easily topped analyst estimates of $13.68.

However, despite these positive results, the expectation of “continued volatility” in the travel industry, coupled with the ongoing world-altering war in Ukraine has led to a broad sell-off.

Many expect that this loss could be short-lived, with investors potentially reacting rashly to the conflict in Eastern Europe. Fear and uncertainty look likely to remain the prevailing sentiment for weeks to come, unfortunately, so a rapid recovery for Booking Holdings seems unlikely.

Booking has almost everything it needs in place to grow rapidly in the wake of the pandemic. The only thing that eludes it now is the right time.

Lemonade reported its fourth-quarter 2021 earnings on Wednesday afternoon, and investors have been less-than-impressed.

In all fairness to Lemonade, the news wasn't catastrophic. Lemonade now has 1.43 million customers, while it had just hit one million at this point a year ago. And the company's Q4 revenue came in ahead of expectations.

But that’s where the good times stop. Guidance for 2022 failed to meet expectations, and the company's 96% loss ratio isn't even close to management's stated 75% target. It's also becoming difficult to see a path to profitability — after all, Lemonade generated $41 million in revenue for the fourth quarter but posted a net loss of more than $70 million.

The company now needs to prove to investors that, as it grows, so too will profitability. There are some promising early signs from the newly launched Lemonade Car motor insurance product, but investors will definitely want to keep an eye on this.