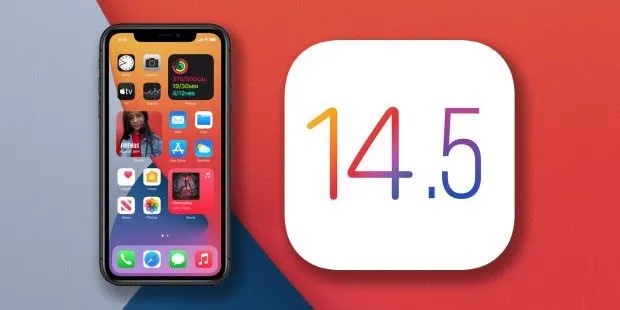 Last year, I wrote about Apple’s Privacy Pivot — what came to be known as their App Tracking Transparency (ATT) initiative. This change in Apple’s policy put major restrictions on how applications tracked users.

For decades, companies have been collecting and sharing data in order to better understand users and serve up targeted advertising. Of course, in recent years, many companies have offered users ways in which they can opt out of such data harvesting. However, these were typically well concealed. Apple itself has given users the option to disable its tracking feature, the ‘Identifier for Advertisers’ or IDFA, since 2012. What makes this new policy important is that, instead of letting users turn off the feature, every app has to explicitly ask for it to be turned on.

While this might seem like a small change, default positions, as I explained, can be very powerful.

Countries in Northern Europe register far higher participation in organ donation schemes than the United States, United Kingdom, or Australia. This is because countries like Norway have an opt-out system. Everyone is an organ donor unless they say they don’t want to be. A study in Canada found that 81% of citizens were willing to donate their organs after death, yet only 23% had actually registered to do so. Considering that a single organ donor can benefit the lives of up to 75 people and save the lives of eight, you can see how impactful this simple change in the default setting can be.

The company that was put most at risk of Apple’s changes was Facebook, and management made their objections to the changes very clear. They even launched a publicity campaign accusing Apple of harming millions of small and medium-sized businesses.

The changes made by Apple severed an important link in the Facebook advertising model. Facebook was previously able to track users that saw a particular advertisement and converted to a sale or subscription on an outside site using identifiers provided by their phone (IDFA on iOS). This data helped advertisers to refine their advertising by comparing what worked and what didn't, and helped Facebook continuously improve their advertising’s effectiveness by seeing the way certain types of customers behave.

Well those changes have certainly hurt Facebook. The company announced last month that it would cost the company approximately $10 billion in revenues for 2022. That loss will likely come through lower pricing, which means lower margins, which means low net income. In short…it’s pretty bad for Facebook and the market has responded, with the stock down nearly 50% from it’s highs in August.

However, that’s not all. The changes have meant that Facebook has now had to invest heavily in machine learning in order to improve targeting. It also, I suspect, was one of the driving factors in the company’s new strategic direction towards the metaverse — which, let's be honest, seemed quite premature.

When it comes to the small- and medium-sized businesses, it’s harder to get exact figures. However, according to industry experts, it has had a substantial impact on their revenues.

Consumer Acquisition's Brian Bowman says that Apple's change to Identifier for Advertisers (IDFA) tracking has had a devastating impact on iOS advertising revenue."Certain clients are down 30% to 40% percent in revenue. Others are feeling less of an impact. It's a mess," Bowman said.

Larger companies are not expected to feel the brunt of ATT as their app catalogs generate a considerable amount of first-party data, but Small- to medium-sized businesses that rely on ad revenue will need to adapt.

(Anecdotally, I can tell you, as someone who works for a small business that relied on Facebook advertising, the changes were severe.)

Of course, I’m sure most peoples’ sympathies will lie with the small- and medium-sized business owners over Facebook. However, there’s plenty of companies caught in the middle.

One of which is Shopify. Shopify is the largest e-commerce platform for SMBs — with over a million subscribers. Shopify’s success is tied to its subscribers’ success, and if SMBs are losing revenue, that’s going to impact Shopify. The market seems to think so as well, and Shopify’s stock price has followed Facebook’s downward trend.

To be clear, I don’t believe that all of Shopify’s issues are related to Apple’s changes. The company was a real pandemic darling that followed other e-commerce companies' dramatic rise in 2020, only to come crashing back to earth as economies reopened. Another factor to consider is their investments in their fulfillment network, which costs a lot of money and changes the company from an asset light software provider to a capital-intensive hybrid of software and services. Investors may not want to pay the same multiples for the latter, but that’s a short-term mentality. In the long-run, I believe those investments will pay long-term dividends.

However, the problem SMBs face doesn’t seem to be going away anytime soon and it’s predicted it will take Facebook several years to get back to the level of targeting it was able to previously achieve.

So what can Shopify do in the meantime to help their customers, particularly as economic uncertainty will hit SMBs harder than larger companies?

The obvious solution is that Shopify would start its own advertising network. The problem is, Shopify doesn’t have any major sites that millions of people visit on a regular basis, like Amazon, for example. Their properties are broken up into millions of individual webstores.

Here Shopify’s ability to act on behalf of the entire Shopify network provides an opening: instead of being an advertising seller at scale, like Facebook, Shopify the company would become an advertising buyer at scale. Armed with its perfect knowledge of conversions it could run probabilistically-targeted campaigns that are much more precise than anyone else, using every possible parameter available to advertisers on Facebook or anywhere else, and over time build sophisticated cohorts that map to certain types of products and purchase patterns. No single Shopify merchant could do this on their own with a similar level of sophistication.

To be clear, this is just a suggestion by Thompson, but he notes that Shopify has already kind of hinted that they were exploring the possibility — quietly introducing the concept of Shopify Audiences last Summer.

When we first invested in Shopify, it was just a software provider (with a small but growing app store). Now it’s a business with its own payment solution, its own logistics network, and, potentially, its own advertising services in a few years.