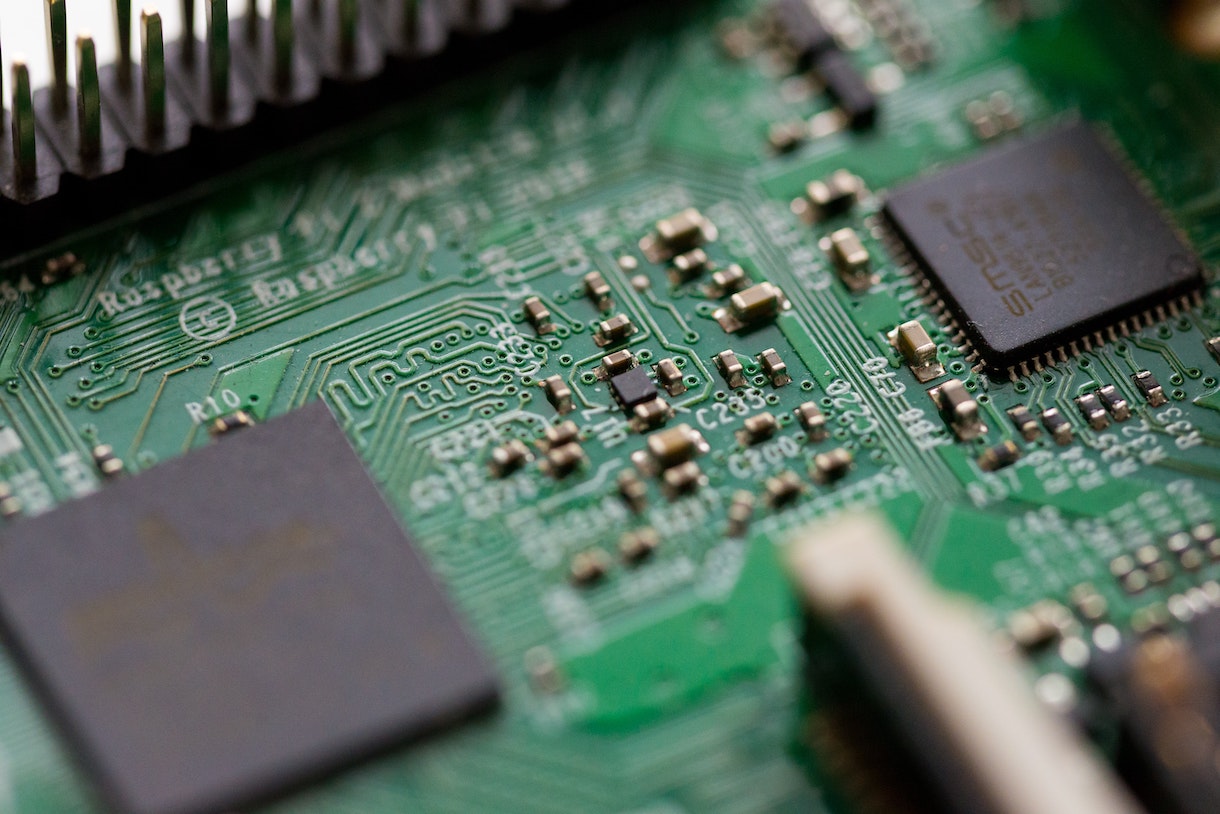 🎧 Too busy to read this long-form piece of excellence? Why not listen to it on the go using our new audio feature in the MyWallSt mobile app 🎧

We’re closing in on the end of the first quarter of 2022, and what a year it’s been so far.

If dealing with the tail-end of a global pandemic wasn’t enough, inflation and the Russian invasion of Ukraine have added more fuel to the global fire of uncertainty, the likes of which we haven’t experienced in a long, long time.

And if there is one thing the markets don’t like, it’s uncertainty.

Since the start of the year, the S&P 500 index — generally considered to be the most accurate reflection of the wider stock market — has fallen by close to 12%. For anyone that’s into titles, this means that the U.S. market is now officially in correction territory. Meanwhile, the less-relevant but still influential Dow Jones has fallen just over 9%.

But while things might look bad for the S&P 500 and the Dow Jones, the Nasdaq is a different story altogether.

Since January 3rd, the Nasdaq index has fallen just over 20%. To go back to the titles, this means that the Nasdaq has blazed through correction territory and has now entered a bear market — a decline of 20% or more from recent highs.

The reason for the outsized decline of the Nasdaq is that it is an index focused primarily on tech. The Nasdaq — or Nasdaq Composite to give it its full title — is comprised of tech giants like Apple (AAPL), Microsoft (MSFT, Amazon (AMZN), Alphabet (GOOG), and Tesla (TSLA)… all the way down to smaller companies like DocuSign (DOCU), Copart (CPRT), and Match (MTCH).

These are the companies that grew the most over the past couple of years, even throughout the pandemic. In fact, the pandemic actually seemed to help a lot of them.

From the lows of the flash crash back in March 2020, Google had almost tripled in value by the start of this year. Apple had more than tripled, while Tesla stock jumped more than twelve-fold in 21 months (yes, you’re reading that right).

So, what is it about 2022 that has turned the market cold on these companies?

Well, for one thing, the trouble for tech stocks didn’t just start along with the new year. As vaccines rolled out and people started leaving their houses again, investors began to dismiss stay-at-home darlings like Zoom (ZM) and Peloton (PTON). Zoom (ZM), for example, hit its all-time high almost 18 months ago in October 2020 and has been on a downward slide since.

Things have definitely got worse for tech stocks in general over the past few months though. Right now, we’re faced with an environment where investors are less certain about the limitless runway of growth that these stocks were assumed to have, especially if they’re not making money yet, and this is being reflected in their share price.

With interest rates rising, the cost of borrowing for these cash-burning companies has increased, which means they might not be able to grow as fast as they once did. Rising inflation also means that customers are less likely to spend big with these companies, creating a double-edged sword that stifles innovation and growth.

So, what does this mean for you and your portfolio?

For the past couple of years, we watched some of our favourite companies get more and more expensive to invest in. Take Shopify (SHOP), for example:

Its stock hit an all-time high of $1,690 per share in November last year. Since then, the share price has fallen back to a level that hasn’t been seen since the early days of the pandemic — despite the fact that it is a much larger and more successful company.

Yet the stock is back to almost the exact same price.

Remember, you don’t need to just focus on tech stocks either. While one sector of the market falls, another usually rises, and if you’re looking to diversify your portfolio, why not consider some of the industries and companies that are not being hit so hard at the minute?

Take a look at our most recent two Stock of the Month picks, for example — Planet Fitness and Costco. One is a big-box retailer where you can buy anything from a flatscreen TV to a rotisserie chicken, the other is a chain of low-cost gyms that make working out and feeling good accessible to anybody.

They might not seem like they have a lot in common, but they are similar in many ways too — neither is being overly affected by the ongoing sell-off (both stocks are actually up since we picked them), and both have a strong history of growth during challenging economic conditions.

But the most important thing for investors to remember is this — all things must pass. This isn’t just my favourite George Harrison song, it’s also a good mantra in times of turmoil. History has proven time and time again that sell-offs occur and the market bounces back.

Below is a chart from one of the best market commentators around, Morgan Housel. This is just a mere snapshot of 60 years of market history, but look how many times the market fell massively thanks to news that seemed world-ending. 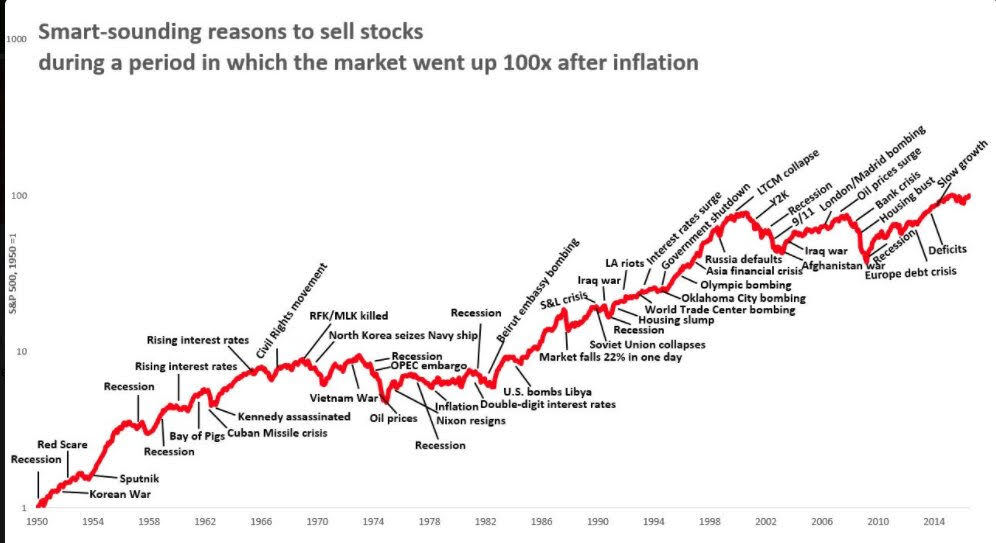 To some people, each of these events probably seemed like reason enough to sell up and get out of the market. To others, they represented buying opportunities to capitalize on the growth that always followed.

Looking at the market today, it’s very likely that we’re at least close to the bottom of one of those troughs you see in the chart above. As an investor, the question is — what are you going to do now?