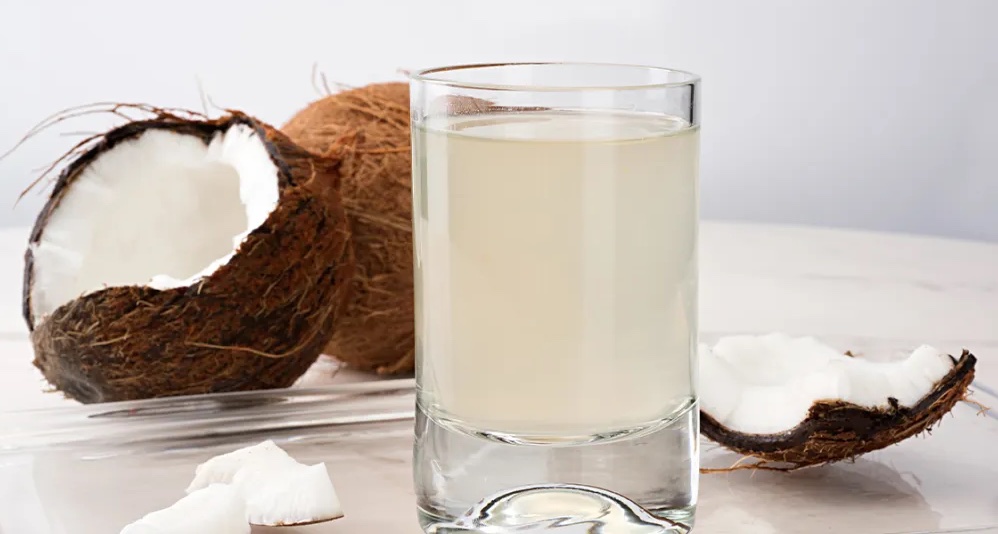 Last week, I covered the continued success of Lovesac, despite its ridiculous name and premise. In the same vein is Vita Coco, a self-described “leading, plant-based functional hydration company”. This is IPO documentation-speak for coconut water.

Vita Coco’s story started in 2003 when friends Michael Kirban and Ira Liran struck up a conversation with two Brazilian women in a Manhattan bar. When asked what they missed most about Brazil, the two didn’t hesitate: "agua de coco."

Liran would go on to marry one of these women, sell everything he had, and move to Brazil. While he was there, he realized the prevalence of coconut water, which was as popular as bottled water. Maybe this could be the next great beverage trend in the United States?

So, Liran and Kirban established Vita Coco, partnering with a few Brazilian farms and a small distributor in Brooklyn. In these early days, Kirban would rollerskate from store to store delivering orders and hosting samplings all over New York City. The beverage found early adopters in Latino and Southeast Asian grocery stores before expanding into health food shops, gyms, yoga studios, and the city’s infamous bodegas.

However, it wasn’t long before the success of the start-up caught the attention of sector behemoths. Coca-Cola and PepsiCo were eager to find a foothold in the increasingly trendy coconut water market and did so via acquisition. In 2009, Pepsi took over Amacoco Nordeste Ltda., Brazil’s largest coconut water producer, while Coke poached Zico, another Brooklyn-based start-up.

Liran and Kirban faced pressure to sell. Surely getting acquired by Coca-Cola is the dream for any small beverage company?

In the eyes of Liran and Kirban, it wasn’t. They had seen the corporation take really innovative brands and drive them into the ground due to a lack of attention and development. Kirban told FoodNavigator: “Look at Odwalla, it got into the Coke system and hasn’t really done anything since... to end up too early inside of a big company kills the entrepreneurial dream”.

The pair were also wary of Vita Coco being branded as just another drink in the beverage aisle. For years, Liran and Kirban had placed Vita Coco at the corner of health food and hydration, in many grocery stores it was kept with the produce and marketed as a fitness drink. This was reinforced by the product's quality, as Vita Coco was the only major brand committed to fresh coconut water. By 2011, all its competitors had switched to concentrate.

Together, these factors meant Vita Coco was right to go it alone. Rather than being outpaced by Pepsi and Coke’s manufacturing facilities, Vita Coco ran laps around them thanks to its brand loyalty and robust, international supply chain.

See, coconut water is not like a typical beverage that can be reproduced anywhere in the world. It requires farmland and local packaging facilities within the tropical belt so production is very difficult to scale. This is because coconut water needs to be transferred from the coconut into an aseptic package within hours of the coconut being cut from the tree. Coconut farming is highly fragmented and scattered across the globe in places like Brazil, the Philippines, Sri Lanka, Indonesia, Malaysia, and Thailand.

For this reason, Vita Coco established a dense network of local farmers and manufacturers in coconut farming communities around the world. In many of these places, coconut water was considered an unneeded byproduct, meaning competition was non-existent. Vita Coco gives farmers technical resources to collect and process the coconuts in exchange for long-term contracts.

Interestingly, this system also ensures that Vita Coco is geographically diversified and asset lite. It does not own the farms or processing facilities, allowing it greater flexibility to move production from one place to another in the event of political, weather, or macro-economic events.

This allows Vita Coco to maintain an advantage over big players — it even dubbed itself the winner of the “Coconut Water Wars” after Coca-Cola recently bowed out of the running altogether. Its brand, Zico, the second-most popular coconut water in the United States, has seen sales drop by double digits in the last few years and was cut loose during Coke’s brand consolidation. Vita Coco, on the other hand, has grown sales year-over-year.

Liran and Kirban have also safeguarded the company’s independence by ensuring no single investor has a majority stake. Insiders continue to control 47% of the company, with its next biggest shareholder being Red Bull China at 25%. This deal was struck in 2014 to help Vita Coco launch in China and build out its Asian distribution network.

In the United States, Vita Coco has become synonymous with coconut water. It is the category leader with a 46% market share. Internationally, its business is anchored in the U.K. with a strong 70% market share. In both cases, household penetration remains low, meaning these markets still have plenty of growth left in them. In its S-1, Vita Coco also highlights its desire to further build out its international business, only 15% of its sales originate from outside the United States.

Beyond its coconut water, Vita Coco sells a whole host of coconut drinks including pressed coconut water, coconut milk, and coconut coffee products. It also now controls Runa, a clean, plant-based energy drink, Ever & Ever, a purified water brand, and PWR LIFT, a functional beverage targeted at the post-workout and recovery usage occasions. All of these had seen pretty consistent growth at the time of IPO (October 2021).

Diving deeper into financials, overall sales were up 22% in 2021, reaching $380 million. The core coconut water product saw sales rise by 39%. Management is projecting sales growth for 2022 between 16% and 20%. Gross margins are consistently around 30%, while EBITDA margins are currently around 10%. We have seen considerable margin pressure over the last few quarters due to an increase in shipping expenses. The company hopes to make up for this by increasing prices and launching efficiency initiatives, but is only anticipating a 7% to 8% EBITDA margin for 2022.

In an interesting move, Vita Coco completed a share buyback that has taken most of the company’s cash on hand. While it does have no debt, it now only has $29 million in cash on the balance sheet, which seems a bit low for a business of this size.

On valuation, Vita Coco’s current market cap is $480 million, down about 40% from its IPO. This gives it a P/E margin of 25, a slightly low figure when compared to other big-name beverage companies. This is probably to be expected as these players are more diversified and insulated. However, Vita Coco is experiencing better year-over-year sales growth than Coca-Cola and even the trendy Monster Energy.

Overall, I don’t quite know what to think of Vita Coco. It seems to have a multi-dimensional moat that includes branding, supply chain, and product quality, but I can’t get over the ridiculousness of the premise. At the end of the day, it’s coconut water, how long is this trend going to last?

In this question is the company’s main risk; will coconut water and Vita Coco become synonymous with hydration and be normalized within broader society like it is in Brazil? Or will it merely be a trendy drink in Upper West Side yoga studios and eventually fall away like Crystal Pepsi? I don’t really know the answer because I don’t understand the hype. I don’t know anyone who drinks coconut water and I’ve never tried Vita Coco. I took a look at reviews for the product on various outlets and they were pretty positive, most customers liked that it wasn’t from concentrate, wasn’t too sweet, and were buying in bulk. This seems like a good sign.

I haven’t yet decided if Vita Coco is too risky for the MyWallSt shortlist or the perfect high-risk, high-reward play. There is something so enticing and brilliant about a business making money from an unwanted by-product no one thought to package and sell.

In the meantime, I’ll wait for the company’s next quarterly report and maybe conduct a taste test.