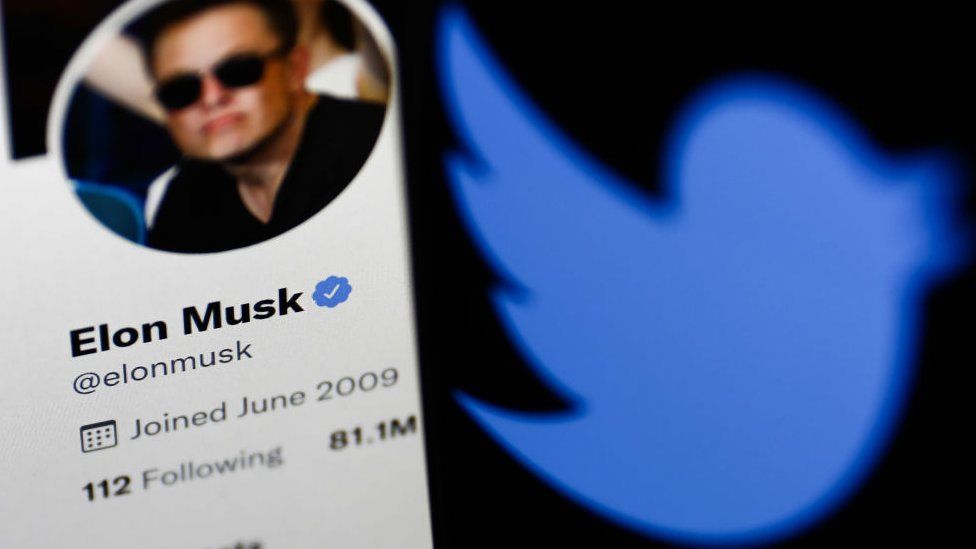 As I’m sure you’re all aware by now, Elon Musk has become Twitter’s largest shareholder. The news broke last Monday that the Tesla CEO had amassed a 9.2% stake in the company, worth approximately $2.9 billion — sending the stock up 27%.

It was about 24 hours before that news broke that Musk took to Twitter to complain that he had been refused entry to Berghain, a famous nightclub in Berlin.

“Why”, one might ask, “would a nightclub refuse entry to the richest man in the world?” Surely nightclubs thrive on the hype that follows a major celebrity attending their venue. That was the whole plot of ‘A Night at the Roxbury’ after all. While that might be true for 99.9% of clubs, it’s simply not true for Berghain.

Berghain is notoriously hard to get into. The famous head bouncer, Sven, has maintained an iron grip on the door policy for decades now, intent on protecting the unique experience and club culture that the venue is known for. There are countless articles online that provide club-goers with tips on how to impress him, ranging from “only wear black clothes” to “look miserable”.

Now, it's possible, I suppose, that the door staff simply didn’t know who Elon was, but I’m going to bet that they knew exactly who he was and knew that rejecting him was going to cement their legendary status. We all understand incentives, but different things motivate different people, and sometimes that can be hard to understand.

That brings us to Elon and trying to understand his incentives.

The most obvious reason why anyone would buy stock in a company, the Occam’s Razor answer, is to make money. Many, including myself, have believed that Twitter’s stock price has been woefully misaligned with the value that it creates for years. It’s possible that Musk was simply buying an asset for less than he thought it was worth with no intention of getting involved in the actual business itself.

Despite taking to Twitter to poll users on changes they’d like to see, Musk actually signaled that he wouldn’t be taking a role in the business by filing a 13G Form to alert the SEC of his purchase. A 13G is what you file when you’re intending to be a passive investor.

From Matt Levine, writing for Bloomberg:

Actually, the strange thing about Musk’s 9.2% stake is that he disclosed it on Schedule 13G , which suggests that he is not planning to do activism or join the board. The ordinary way to disclose an activist stake of more than 5% of a company is a Schedule 13D; you are eligible to use the shorter and less informative 13G only if you have “not acquired the securities with any purpose, or with the effect, of changing or influencing the control of the issuer.”

Of course, that didn’t last long.

The next day, Twitter’s new CEO Parag Agrawal announced that Elon would be joining the company’s board of directors.

In fact, if we’re to believe reports in The New York Times, this was the plan all along.

Elon Musk, the world’s richest man, reached out to Parag Agrawal, Twitter’s chief executive, a few weeks ago with a friendly heads-up. He was buying shares of the social media company, Mr. Musk confided, and wanted to discuss how to make Twitter better.

In the ensuing weeks, Mr. Agrawal discussed having Mr. Musk become a more active participant in Twitter’s future, according to two people with knowledge of the conversations who were not authorized to speak publicly. Mr. Agrawal also welcomed having Mr. Musk — who has more than 80 million Twitter followers and sometimes tweets a dozen or more times a day — join the company’s board, one of the people said.

So what could Musk’s plans possibly involve? Some sort of “Elon Mode” upgrade? A new focus on free speech? Or maybe he just wanted to ban that kid who keeps tracking his private jet.

Whatever it was, Twitter’s management seemed to be wholeheartedly endorsing his participation.

However, once again, the honeymoon was short-lived.

Yesterday, what I assume is a very frustrated Twitter CEO announced that Elon would actually not be joining the board after all.

Elon Musk has decided not to join our board. Here’s what I can share about what happened.

The Board and I had many discussions about Elon joining the board, and with Elon directly. We were excited to collaborate and clear about the risks. We also believed that having Elon as a fiduciary of the company where he, like all board members, has to act in the best interests of the company and all our shareholders, was the best path forward. The board offered him a seat.

We announced on Tuesday that Elon would be appointed to the Board contingent on a background check and formal acceptance. Elon’s appointment to the board was to become officially effective 4/9, but Elon shared that same morning that he will no longer be joining the board. I believe this is for the best. We have and will always value input from our shareholders whether they are on our Board or not. Elon is our biggest shareholder and we remain open to his input.

There will be distractions ahead, but our goals and priorities remain unchanged. The decisions we make and how we execute is in our hands, no one else’s. Let’s tune out the noise, and stay focused on the work and what we’re building.

There’s so much to unpack in that statement, but like is often the case with Elon, words like “risks”, “fiduciary”, “distractions” and “noise” ring loudest.

There have been many hot takes on why Elon had a sudden change of heart (or did he?).

Ben Thompson at Stratechery believes that Elon realized he had more soft power outside the confines of the board than he would have on it.

Musk’s power was (1) not due to his board seat and (2) far greater than his ownership share, thanks to the way he single-handedly made Twitter into a meme stock dependent on his continued interest and involvement. Given that, why would Musk want any constraints on his actions?

Ben Levine at Bloomberg believes that in this day and age, Musk can create more value for the company when he’s not tied to all the boring fiduciary responsibilities that come with actually running the company.

The other point is that, here in 2022, it is possible that “just do a bunch of random weird stuff to entertain Elon Musk” is a good strategy and will make the stock go up. I have spent too much time around here writing a dumb playbook for corporate finance and investor activism in the 2020s. What you do is, you buy some stock in a company, and then you mount an activist campaign that is like “if I am put in charge of this company I will do more memes.” The important things in modern corporate finance are unhinged tweeting, public association with Elon Musk and vague plans to accept Dogecoin for goods and services. Promising to do that stuff will make the stock go up. Will it improve the economic fortunes of the company? I dunno; it might.

Or maybe Elon is intending to buy the company outright. Joining the board would have meant he would have to agree not to accumulate more than 14.9% of the company. Edwin Dorsey thinks that’s the most reasonable explanation.

The sole thing Musk could not do as a director is own more than 15% of the shares. Look, elsewhere he blithely violates laws, regulations, and policies to do what he wants, and we doubt he would change his tune at TWTR. He may care about keeping his own promises, and the 15% promise is both simple and significant. It seems he thinks he may need to break such a promise sometime soon, so might as well not even make it.

Personally, I think all three of them could be right. Having followed him closely for nearly a decade now, it's becoming increasingly clear that his primary motivation is staving off boredom through large-scale chain yankery. What that could mean for Twitter’s shareholders, its management, its employees, or its users, is anyone's guess.

It’s comforting to know that there’s at least one place in this world, a small square of Berlin, that won’t tolerate his nonsense. And I hope that drives him crazy.