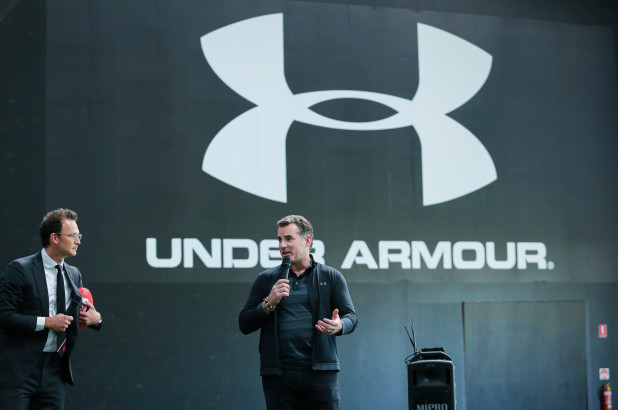 Companies Need People To Trust Them

Just two weeks after announcing a major corporate restructuring, Under Armour is in firefighting mode as reports of a two-and-a-half-year investigation into the company’s accounting practices have emerged.

Unfortunately, we don’t know an awful lot more than that. The investigation is a joint effort by the Department of Justice and the Securities and Exchange Commission, and Under Armour is cooperating with them.

However, the timing is something worth noting. The timeline of the investigation would coincide almost exactly when the company began struggling with revenue growth. Until then, it had been one of the fastest-growing clothing brands in the world, with 26 straight quarters of 20%-plus sales growth.

Under Armour shares fell 19% yesterday on the back of the news, since, unsurprisingly, investors don’t like hearing about investigations into a company's accounting. In fact, that 19% seems like rather a light punishment, given what we’ve seen in previous cases. Back in 2016, shares of Hain Celestial plummeted 26% after the company announced it was investigating its own accounts — eventually finding nothing improper.

Take the case of Facebook. Both Mark Zuckerberg and his chief lieutenant Sheryl Sandberg were once considered business royalty (with the potential to emerge as leaders in national politics). The Cambridge Analytica scandal put an end to that. And how would the Libra Project be doing today had that crisis not occurred? Would people be more likely to buy a Portal? Probably. People don’t like to do business with people they don’t trust.

You can even extend this to business promises. Chipotle’s “Food with Integrity” mantra (and their subsequent “Safest Place to Eat” promise) meant they were particularly targeted by the media when food-borne illnesses struck.

A stock that we don’t currently cover, but that I’ve been keeping a close eye on, is The RealReal — the second-hand luxury marketplace which IPO’d earlier this year. The RealReal managed to do what eBay and other marketplaces couldn’t — penetrate the high-end luxury market. They did this by promising that, “with an expert behind every item, we ensure that everything we sell is 100% real”.

Yesterday, this CNBC investigative report showed those claims to be false, and that often copywriters were charged with authenticating items, leaving only higher—value items to the authentication team. Naturally, this is was the first question asked by analysts on the earnings call that night, to which CEO Julie Wainwright defended the company's policies, admitting that copywriters did approve certain items but that they receive ongoing training and that a quality assurance team conducts regular audits.

"We’re the only marketplace that authenticates a wide range of consumer products", Wainwright said. "I would say without hesitancy, our practices are best-in-class.”

There’s a small part of me that feels bad for Wainwright. Considering the space they operate in and the growth of the company, I think it’s understandable that certain items, are triaged and the most high-value products get more attention than say a lower cost piece of contemporary fashion. However, you shouldn’t make promises you can’t keep in this world, and it appears to be exactly what The RealReal is doing. They had better fix this soon, or I suspect this business will not last long.