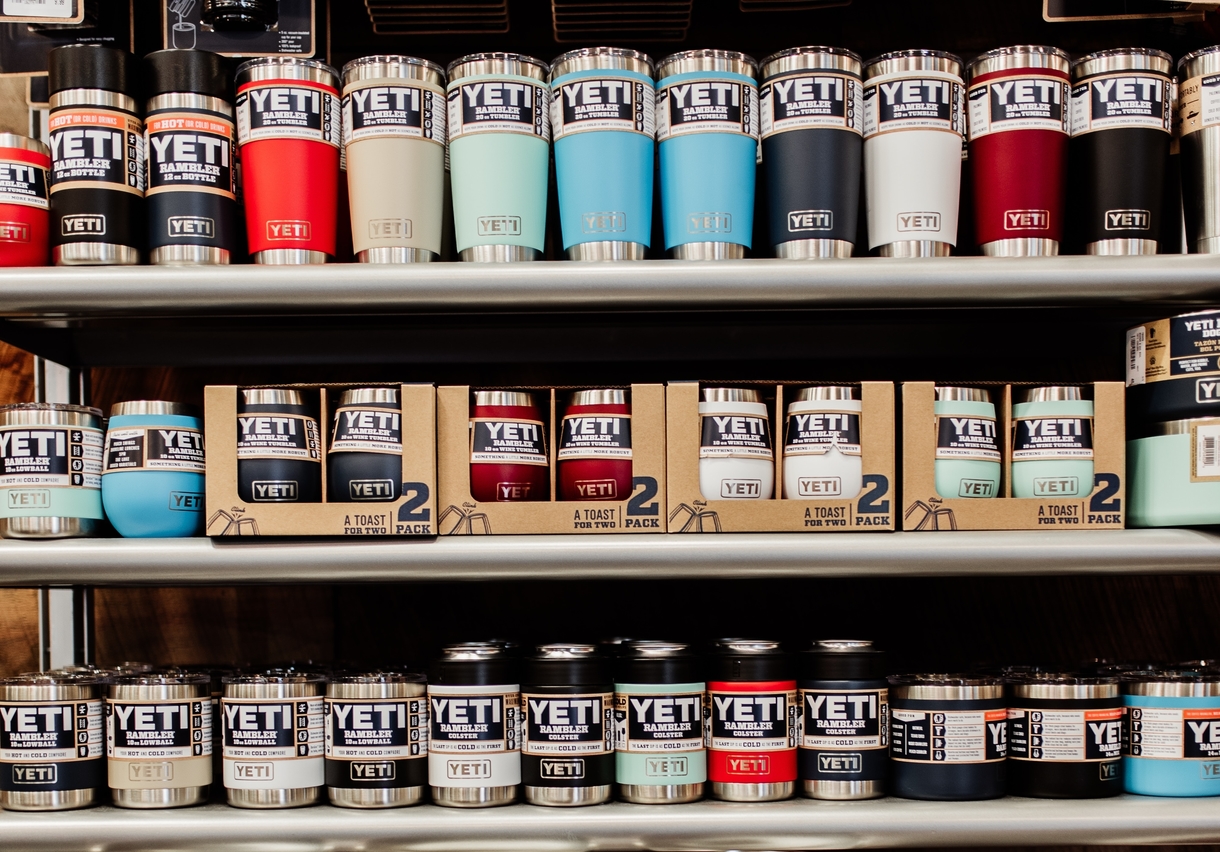 Buying stock in a consumer goods company is a risky business. Trends are fickle and there’s always a chance a brand will fall out of favor. Think of the rise, fall, and resurrection of Crocs. If you bought its stock during its heyday in 2007, you would have gone through more than a decade of pain and anguish before breaking even in 2021.

However, there are some exceptions to this rule. Sometimes a brand is best-in-class and continues to innovate throughout the ages, maintaining its status. This is helped by good consumer relations, a defendable moat, commitment to quality, and/or a first-mover advantage. Examples of these can be seen in sportswear brands like Nike or Lululemon or high-end jewelry makers such as Cartier or Tiffany & Co.

Today, we’ll take a look at one of the more ridiculous examples: YETI.

YETI is a manufacturer of expensive, high-quality outdoor products — mostly coolers and insulated mugs. To be fair to the company, its gear is highly rated and has become somewhat of a status symbol in the fishing, hunting, and camping communities. YETI’s famed Rambler mug was called “the Best mug ever made” by Outdoor magazine and its coolers are celebrated for maintaining a lower temperature than all of its competitors.

In order to achieve this, YETI pioneered a process called rotomolding, in which a mold gets rotated as the manufacturer pours the plastic. By doing so, the plastic becomes more uniform in density producing better insulation and durability. A few other rotomolding cooler companies have popped up throughout the years but none seem to do it as well as YETI.

YETI was founded in 2006 by brothers Roy and Ryan Seiders. Prior to its launch, they founded, ran, and subsequently sold Waterloo Fishing Rods. While on their fishing adventures, the pair grew frustrated with the quality of coolers on the market so they decided to make their own, resulting in the YETI Sherpa cooler.

For more than six years, this was all YETI made — one cooler, two color options. Despite this, the quality was so good it attracted committed outdoorsmen and generated $29 million in annual revenue by 2012. The same year, however, the brothers realized they needed some help to scale the business and opted to sell a two-thirds stake to the Cortec Group for $67 million.

Under the guidance of the Cortec Group and experienced CEO Matthew J. Reintjes, YETI has flourished. It has 700 employees, an expanded product line, and $1.4 billion in annual sales.

If we take a look at its 2021 financials, we can see a company firing on all cylinders:

Most impressive of all, it has gradually taken control of its customer journey. Over the last few years, YETI has launched its own stores and doubled-down on web sales, keeping products away from wholesalers. This has kept profit margins high and is a testament to YETI’s brand awareness. Consumers will find them wherever they may be.

Looking to the future, YETI still seems excited and able to find new sales opportunities. This would be one of my main concerns with a business producing such high-quality, niche products. Surely, you will run out of people to sell $400 coolers to?

Well, according to YETI, even within its home country, it has plenty of places left to build brand awareness and generate sales. Having been founded in Texas and initially targeted at the hunting and fishing communities of the southern United States, much of its sales have been generated from these groups. In the coming years, YETI hopes to break into more sports, such as skateboarding and surfing, and new states.

Management also has international ambitions, having built out distribution centers in the UK, Germany, New Zealand, and Australia. In 2021, international sales jumped 62% and for the first time they represented 10% of overall sales. This could be a huge growth opportunity for the company if it can effectively grow brand awareness.

On the more short-term side of things, inflation and increased shipping expenses will have an impact but not an overly worrying one. Management expects 2022 sales to rise about 20% while margins should hold firm.

Overall, YETI is a very impressive company but I can’t figure out if it's a short or long-term player. It’s not an overly diversified company and its new product proposals just seem to be adjusted iterations of its existing product line.

Its dependence upon drinkware may limit its expansion in Europe where I have yet to see as much of a dedicated water bottle culture. In the US, YETI water bottles or tumblers are common in everyday life, especially on college campuses or work sites. YETI will need to establish this culture abroad and justify its high price tag.

Also, in my view, its drinkware is more susceptible to disruption from brands like Hydro Flask which boasts similar vacuum technology. It will not have a first-mover advantage outside the United States which may well be foundational to its branding and moat. Only time will tell.

YETI looks like a great business with an impressive history of executing at the highest level. I will need to mull over if its rewards outweigh its risks.