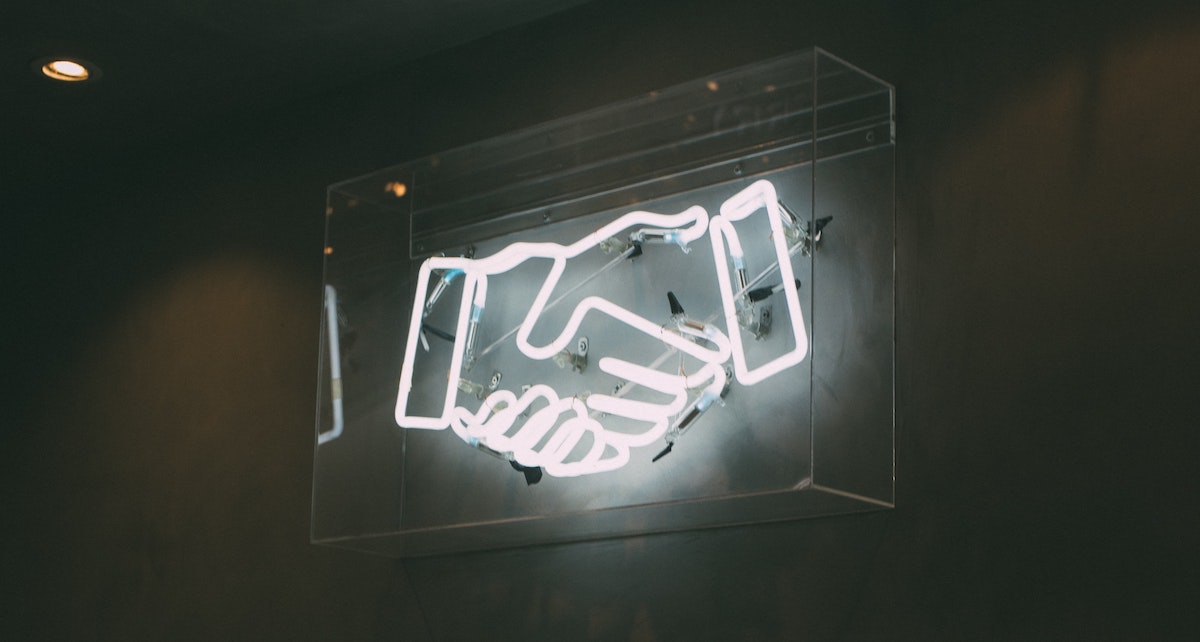 We’re still up to our necks in earnings season here, and what a dramatic earnings season this is turning out to be. Although we had expected the market to be a little more volatile than usual considering wider global circumstances, we’re still seeing some massive swings for companies that are reporting on the last quarter — most negative, but with a few positives thrown in too.

We’re blue in the face from saying it, but it’s still worth repeating — one single quarter shouldn’t have much impact on a long-term investment thesis.

Remember, if you plan to hold a stock for 10 years, then one quarter represents just 0.025% of your time horizon.

Nonetheless, it’s always important to check in and see how our companies are faring.

No, Upstart hasn’t reported its Q1 earnings yet, but there was a host of good news for the AI lending platform this week.

Firstly, it was announced on Wednesday that the company had forged a new partnership with fellow-MyWallSt-shortlistee Salesforce (CRM). This turnkey solution — inventively named Upstart AI Lending for Salesforce — will feature on Salesforce’s AppExchange marketplace and will enable banks and credit unions to launch a loan application for customers through various modes of communication like a phone call through a call center or in-person via a QR code.

This deal should open up Upstart’s solutions to any financial institution that uses Salesforce AppExchange, the world’s leading enterprise cloud marketplace with over 9 million customer installs.

Then, Upstart also announced that Firstmark Credit Union had selected its services to offer personal loans to its 100,000 customers. As the oldest state-chartered credit union in San Antonio, Texas, this deal should contribute to Upstart’s loan volume, which is what boosts the company’s core revenue stream.

Even though Pinterest reported earnings more than a week and a half ago, the positive sentiment from investors seems to have carried through to this week. Since that earnings call on Wednesday, April 27, shares have risen as much as 30%, although they have pared back slightly since.

It seems like a strong quarter is a bit of a rarity these days, with PINS beating well on revenue and earnings — even though monthly active users (MAUs) actually declined year-over-year.

Perhaps it’s the company’s plans to combat industry-competitor TikTok that’s inspiring investors. In the earnings call last week, management acknowledged that the shift to video advertising had caught them a bit flatfooted, but their new video-powered features, like Idea Pins — a sort of video-first mashup of TikTok video and tappable Stories — should help them claw marketspace back in the long term.

Oof, that’s gotta hurt. No prizes for guessing the cause of Chegg’s woes this week as a lackluster quarterly report and an even worse outlook caused the share price to hemorrhage.

Revenue in the last quarter grew just 2% year-on-year to reach $202.2 million, while subscribers increased by 12% to sit at 5.4 million by the end of the period — some of that boost being driven by the company’s recent acquisition of Busuu, a language learning app.

In the report, CEO Dan Rosensweig blamed “industry headwinds” for the performance, though he said he expects these to be “temporary.” However, that “temporary” seems to include the next year at least for Chegg, with management lowering revenue guidance for the year to between $740 - $770 million, well down from prior guidance of between $830 - $850 million.

Again, the bogeymen of inflation and higher wages are to blame for this according to Rosenweig, with many students “shifting their priorities towards earning over learning, resulting in lower course load or delaying enrollment in schools at this time."

Again, another tough quarterly report saw another company get walloped, with Hain’s underwhelming results blamed on labor disruptions along with supply chain and inflationary challenges.

Despite this, President and CEO Mark Schiller stated that “we are pleased to see underlying strength in our brands and accelerating topline growth in Q3” before continuing by expressing that “the team remains confident in our Hain 3.0 strategy and laser-focused on delivering accelerating top-line and long-term profitable growth.”

Well, since Schiller took over in 2018, he’s been focused on turning Hain Celestial into a lean machine, divesting dozens of brands from the company and focusing solely on its health and wellness foods. While it may seem counterproductive to shed revenue-generating arms of the business, Hain had become so bloated that this concentrated focus was seen as a positive by many.

It seems as though investors might not share Schiller’s confidence, however, with Hain stock still down more than 60% from its all-time highs in 2015.

You guessed it — earnings.

In Bill.com’s case, the company actually posted a pretty decent quarter, with an adjusted loss of $0.08 per share well above estimates of a $0.16 loss. Revenue also more than trebled to hit $166.9 million and strong growth was forecast for the next quarter — its last of the fiscal year — ranging between 133% - 134%.

So what was the problem?

Well, that outlook for the rest of the fiscal year is assuming that “macro factors do not have a material negative impact on our business,” according to CFO John Rettig. So, although Rettig did mention that inflation has actually been benefitting the company in terms of total payment volume growth so far, the uncertainty of what’s to come has spooked investors.