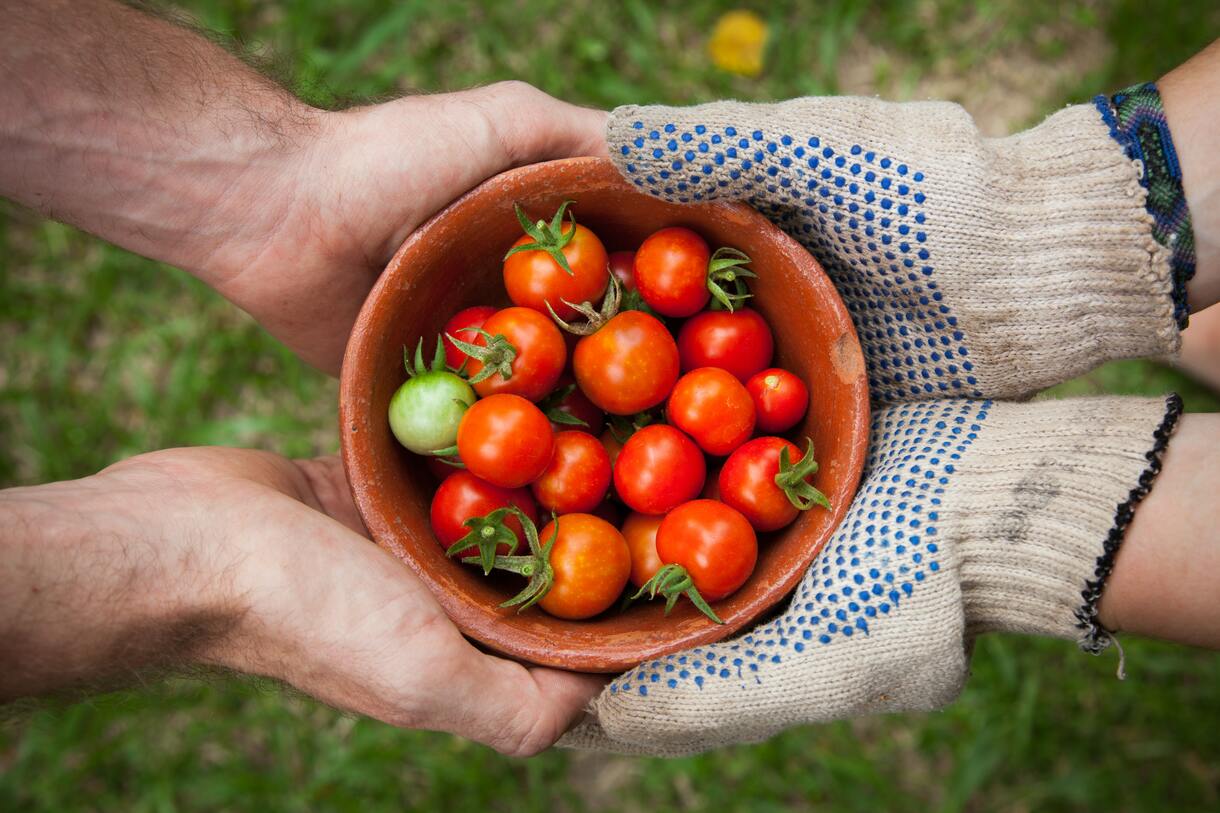 It’s been over a year now since I first wrote about AppHarvest, a recently-SPAC’d AgTech business that was looking to conquer the fruit and veg isles.

From that First Look:

The company develops and operates large indoor farms, known as controlled environment agriculture (CEA) facilities. AppHarvest claims that these facilities can produce 30-times as much produce on the same acreage as open-field farms while using 90% less water, with no agricultural runoff, and no soil erosion.

Moreover, the company's strategic location in Appalachian Kentucky allows them to deliver produce to 70% of the US population within 24 hours. Approximately 69% of vine crops sold in the U.S. are currently grown and imported from places like Mexico, with shipping taking up to 2 weeks. Not only does this cut down on the use of diesel in transportation (by up to 80%, according to the company), but it greatly reduces the spoilage rate. Of course, the company uses no chemicals or pesticides in production and employs high-tech sensors to ensure produce is of the highest quality when harvested.

Of course, this is not a novel concept. We’ve had greenhouses since the times of Ancient Rome, but AppHarvest’s bold claims about the power of its technology and processes piqued my interest.

And this technology has been tried and tested. Vertical farming has been widely adopted by The Netherlands, turning that small country into one of the world’s biggest food exporters.

From The National Geographic:

The Netherlands is a small, densely populated country, with more than 1,300 inhabitants per square mile. It’s bereft of almost every resource long thought to be necessary for large-scale agriculture. Yet it’s the globe’s number two exporter of food as measured by value, second only to the United States, which has 270 times its landmass.

However, it was still very early days for this business. Just months before going public, they had completed their first controlled environment agriculture (CEA) facility to produce vine crops and were still pre-revenue. They had ambitious plans to increase the number of facilities by about 3 or 4 a year and branch out into leafy greens and berries. 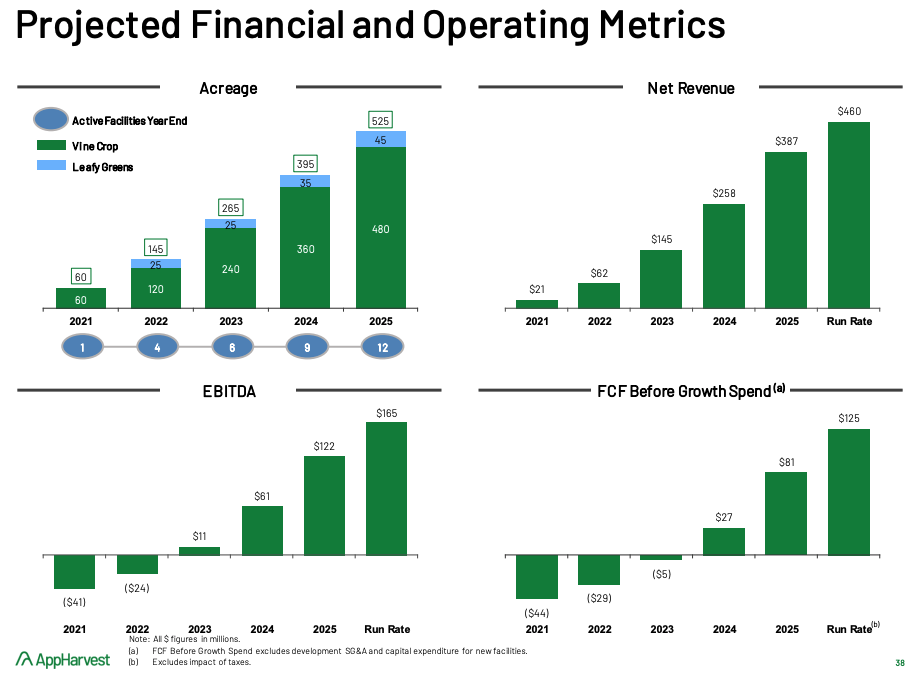 That’s really all we had to go off with this business, given they had no track record. However, there were some notable names attached to the project. One of the co-founders was Jeff Ubben, a famous and successful hedge fund manager from California. David Lee, who had served as CFO of Impossible Foods for five years had just joined as President in January 2021. And Martha Stewart was on the board of directors.

The problem with SPACs, unfortunately, is that they’re allowed to provide these types of projections in the first place. I’ve looked at my fair share of SPAC presentations and the projections vary from wildly optimistic to downright delusional.

Just a few months after I’d written that First Look, the company came out with a woeful earnings report, slashing revenue guidance from between $20-$25 million to between $7-$9 million. They blamed teething problems with their first harvest — not enough Grade 1 tomatoes were grown, leaving them with lower-quality fruit that wouldn’t fetch the same prices they had been anticipating.

Second quarter 2021 results were adversely impacted by operational headwinds with the ramp up to full production at the company’s first CEA facility, including labor and productivity challenges related to the training and development of the new workforce and historically low market prices for tomatoes during the second quarter of 2021 based on USDA reports. Labor and productivity challenges resulted in lower net sales due to lower overall No. 1-grade production yields, including the impact of higher distribution and shipping fees.

Though in following reports, the company touted their new e-commerce solution and a software they were developing to sell to other indoor farming initiatives, investors abandoned AppHarvest. The stock has dropped about 90% in that time.

Furthermore, the company had to write off about $60 million from their Root AI acquisition (which was the backbone of their software offering), saying it was nowhere near ready for commercialization.

It’s unfortunate that things haven’t worked out better for AppHarvest. It’s a company I’d love to see succeed given the current situation we find ourselves in. And I do believe that there’s still potential for this business — they are certainly aiming in the right direction. However, with businesses at such an early stage, you really have to have full faith in the management, and that’s hard to maintain when they consistently miss their own goals by such a wide margin.

With no end in sight to the war in Ukraine, I’m positive that companies like AppHarvest will start getting a lot more attention and could see high volatility in the coming months. However, it’s still a highly speculative, dip-the-toe investment at best.

Listen to Rory’s full pitch on AppHarvest in the latest episode of the Stock Club podcast, exclusively in the MyWallSt app.