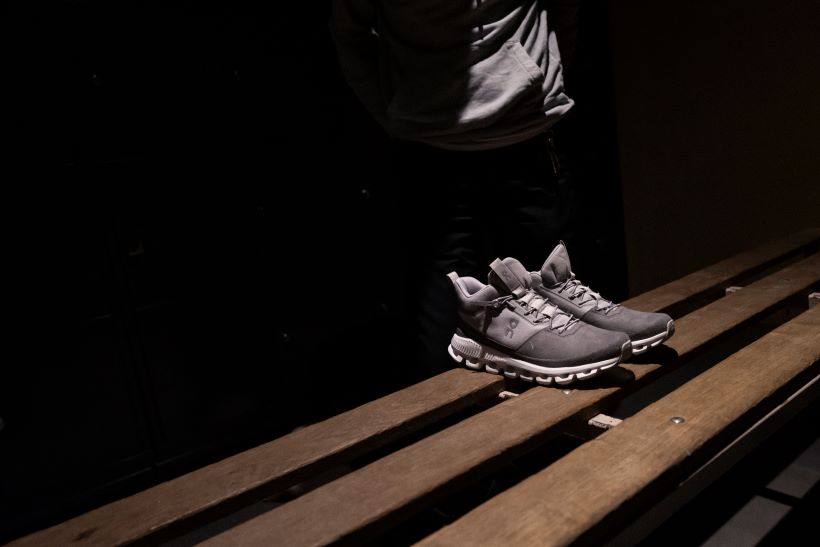 This week I’ve been digging into the world of sports apparel and looking at On Holdings, a relatively new entrant to the space that has been delivering enviable top-line revenue growth for the past few years.

On was founded back in 2010 by Oliver Bernhard (a former Ironman Champion), David Allemann, and Caspar Coppetti. The company is focused on high-tech running shoes with a mission to “revolutionize the sensation of running”.

Critical to the company’s success to date has been its CloudTec line of trainers — a system designed to give runners a softer landing and explosive push-off. I’ll leave it to Edouard Coyon, On’s head of footwear product management to explain.

Basically, you have what we call “clouds” below the foot. The benefit of it is basically that playing with the structure of it helps you to tune the cushioning for softer landings. As the clouds are compressed in the forefoot it creates a firm and stable platform to push off. So you get the benefit of both the soft landing and the explosive push off.

That may all sound a bit wishy-washy to those not familiar with the intricacies of running technology, but the company is creating waves in what is, I have discovered, a very crowded field.

As well as the usual names we associate with sports apparel like Nike and Adidas, there is a slew of companies that specialize in running shoes that you may not have heard of. Companies like Brooks, Hoka (owned by Deckers Outdoors), Saucony, Asics, New Balance, and Under Armour are all players in this $127 billion market, which analysts believe will grow at a 4.9% CAGR through to 2030.

I’ve made the rounds of the many dedicated running websites to try and discover if there is a standout best trainer, and unfortunately, the juries are very much split. While Nike and Hoka seem to be the most frequent entries at the top spot of any list, On’s offerings are certainly holding their own — typically in the top 5 and occasionally taking the number one spot. Like many things in life, there’s no agreed-upon “best”, but rather a range of premium offerings tailored to different preferences, and On seems to be well-regarded.

That does seem to be playing out in the numbers. The company brought in $276 million in sales in 2019. That jumped 74% in 2020 to $480 million and then 65% in 2021 to $780 million. In the first quarter of this year, the company brought in $235 million, which should set them up to handily top the $1 billion mark this year. Admittedly, things are slowing down, but 40+% revenue growth is nothing to be scoffed at for a company selling $200 trainers in times of economic uncertainty.

Of course, a major part of the sports apparel industry is sponsorship deals, and On has a big one. The company has partnered with Roger Federer, who ended his long-standing relationship with Nike in 2018. Federer is now a brand ambassador and a contributing product designer for On. His flagship line of tennis-inspired shoes is already available to purchase, with more in the pipeline.

On is not yet profitable on a GAAP (generally accepted accounting principles) basis but it came very close in 2020. Since then it has been hit with substantial cost increases due to factory closures in Vietnam (where it manufactures its products) and increased shipping costs due to the global supply chain disruption.

On delivers a first quarter gross profit margin of 51.8%, down from 57.6% in the prior year period, reflecting transitory headwinds from higher airfreight share and the corresponding expenses.

Our team has once again done phenomenal work to navigate through an uncertain supply chain environment and mitigate the impacts from last year's factory closures. While the transitory supply shortage had still limited our ability to fulfil all the demand, we were able to ship more products to our customers than anticipated while also maintaining profitability. In March, for the first time in our history, we were able to ship more than 1 million pairs of shoes in a single month. Building on the strong first quarter and 12 years after our foundation, we anticipate surpassing the groundbreaking hurdle of CHF 1 billion in sales for the full year 2022. (Swiss Francs and US Dollars are practically on par with each other)

Obviously, as a smaller player, macroeconomic conditions and supply chain issues are going to have a bigger impact on On than a more established business. However, the path to profitability here is pretty clear. The company has been hugely successful in building market share in both Switzerland and Germany (where they now control 40% and 10% respectively). The United States is by far their largest market and is still growing at a rapid rate.

There are a lot of things about this company that I admire. It’s not the most exciting business model in the world, but in 12 years, amidst a black swan event that has caused global disruption, management has built a business that is set to generate $1 billion in sales. It’s got a great product, a massive runway for growth ahead of it in its core lines, with obvious opportunities in sport-specific apparel and athleisure wear.

In terms of valuation, despite a steep drop in the company’s share price, this is still far from a no-brainer. There are plenty of question marks over the company’s long-term growth prospects that will obviously be highly influenced by economic conditions. I would categorize On’s products as appealing to high-earners, but not necessarily the top 1-2% of consumers who will be less impacted by a prolonged downturn. With a high average selling price, products like On’s trainers may be seen as an unnecessary indulgence as consumers pull back on discretionary spending. That said, items like running shoes do provide a lot of long-term value for the upfront costs — particularly, as it appears, they are of high quality.

Moreover, with management believing that the current supply chain disruptions are transitory (a word that has been tossed around a lot recently), I’d be keen to see what the company's margin profile looks like when things have returned to normal. For now, it’s still pretty high on my watchlist.