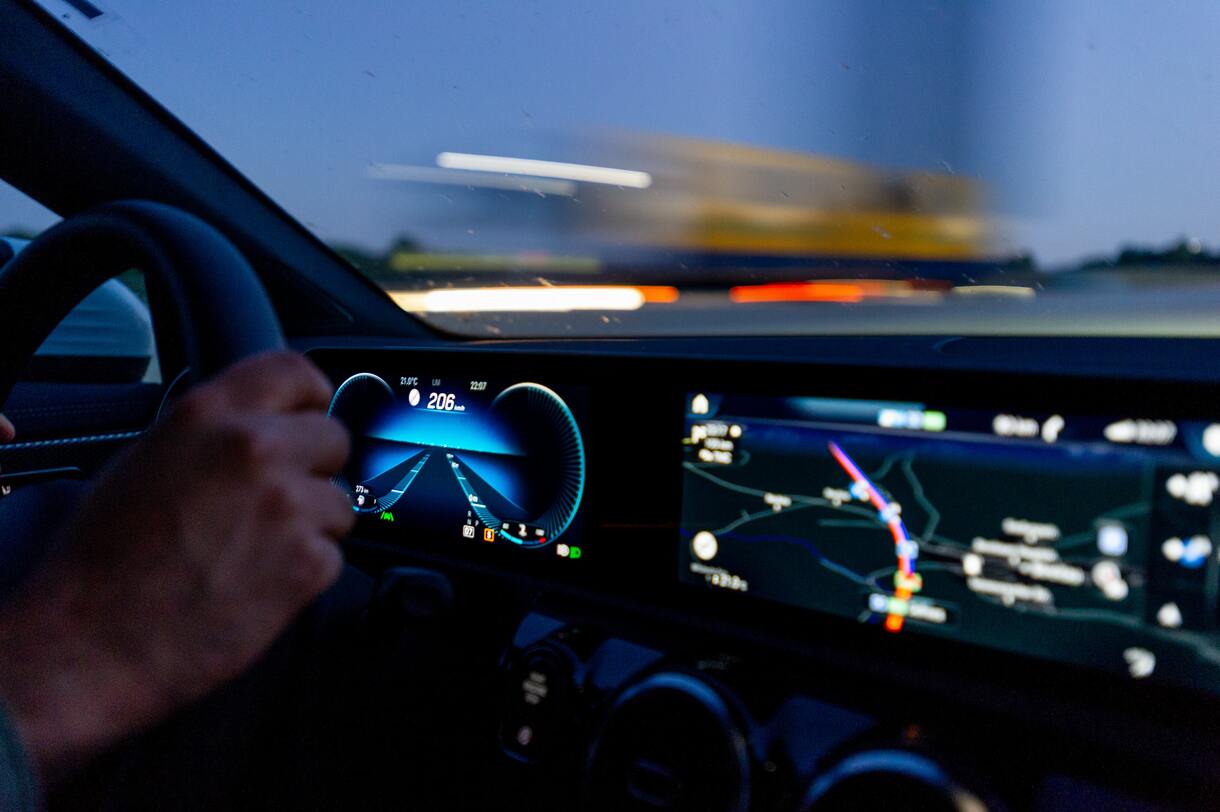 Did you know that you’re more likely to total a car today than you were forty years ago?

This isn’t because modern cars are faster or more dangerous (or because you weren’t able to drive forty years ago). In fact, it’s quite the opposite. Modern cars have been waylaid with safety features and electronics to keep their passengers secure in the event of a collision. This has led to the cost of repairs skyrocketing and thus, insurance companies are more and more likely to write off the vehicle as a total loss.

With the widespread adoption of advanced driver assistance systems (ADAS) — seen as a precursor to autonomous driving — that encapsulate automatic brake detection, autonomous cruise control, lane keep assist, and blind-spot monitoring, the concept of a ‘computer on wheels’ is now very much a reality. But who makes the technology that powers the chorus of bings, bongs, bells, and dongs that goes off when you forget to put on your seatbelt or find your car drifting into another lane?

Aptiv is one such business. The company is a key supplier to the world’s largest car manufacturers and boasts a portfolio of future-relevant products that span a number of sub-industries within the automotive space. Through its smart vehicle architecture, it has targeted its products at three megatrends which it has donned:

Safe: ensuring its vehicles are safe and secure for passengers through its industry-leading advanced perception systems.

Green: it is a global leader in high and low-voltage vehicle architecture systems that power electric vehicles.

What makes Aptiv such an intriguing investment opportunity is that the features its ADAS provides are not just nice-to-haves from a customer’s perspective, but are becoming must-haves from a regulatory standpoint too. New Car Assessment Programs are used by governments to set standards for safety and compliance among manufacturers. The trend — especially in Europe and the U.S. — will see safety features like the ones Aptiv provides as standard requirements in new cars in the years to come.

Deep-rooted customer relationships, long-term contracts that can last a decade, and high switching costs lead to a relative economic moat for Aptiv. Although it remains a highly competitive environment, the company has shown a history of innovation that is tough to replicate as evidenced by a book of patents just shy of 10,000.

Aside from its core business, Aptiv also owns 50% of Motional, an autonomous driving start-up set up as a joint venture with Hyundai. The company is very much a player in the robotaxi space, having provided over 100,000 self-driving rides with zero at-fault incidents. While this is an incredibly uncertain industry, we have seen some outlandish valuations given to GM’s Cruise and Google’s Waymo, not to mention it being a significant part of Tesla’s long-term business model. If Motional can gain the same level of traction, Aptiv’s 50% share could be an underlying asset that may pay dividends down the line.

Numbers-wise, the company took in over $15 billion in sales last year, growing at roughly 9% compared to pre-pandemic levels, which is a truer reflection of growth than year-over-year. As a manufacturer, it has expectedly low gross margins at about 16%. However, it generates a ton of cash, is profitable — although its profitability is taking a hit through a number of supply chain disruptions — and regularly redistributes these profits to its shareholders in the form of dividends and buybacks. As we’ve seen earnings dip recently, it’s tough to get a true gauge on valuation as its current price-to-earnings ratio is well above its five-year average, but it does come at a premium to competitors in the space.

As always, we have to mention risks, and there are a number of external factors affecting Aptiv at the minute which bring question marks to its investment thesis. The first is that the auto industry is traditionally cyclical. At a time when the dreaded R-word is being bandied about, this might be a poor time to dip the toes. That being said, much of this may already be priced in with the stock's almost 50% decline year-to-date.

Another headwind out of the company’s control is the aforementioned supply chain woes that have been laying havoc on so many markets, with specific reference to the microchip shortage we are currently experiencing. This is one that has deep geopolitical implications and risks — and these issues don’t look like they’re going to be resolved anytime soon — highlighting the dependency a lot of manufacturers have on a certain number of key suppliers. Aside from external factors, Aptiv must retain its innovation edge over competitors which relies on maintaining staff, its strong leadership team, and constant reinvestment in R&D.

At first glance, there’s a lot to like with Aptiv, and with this year’s drawdown, it could be an opportunistic — if risky — time to make a starter investment in the stock. This is one I’m going to keep a close eye on for now.