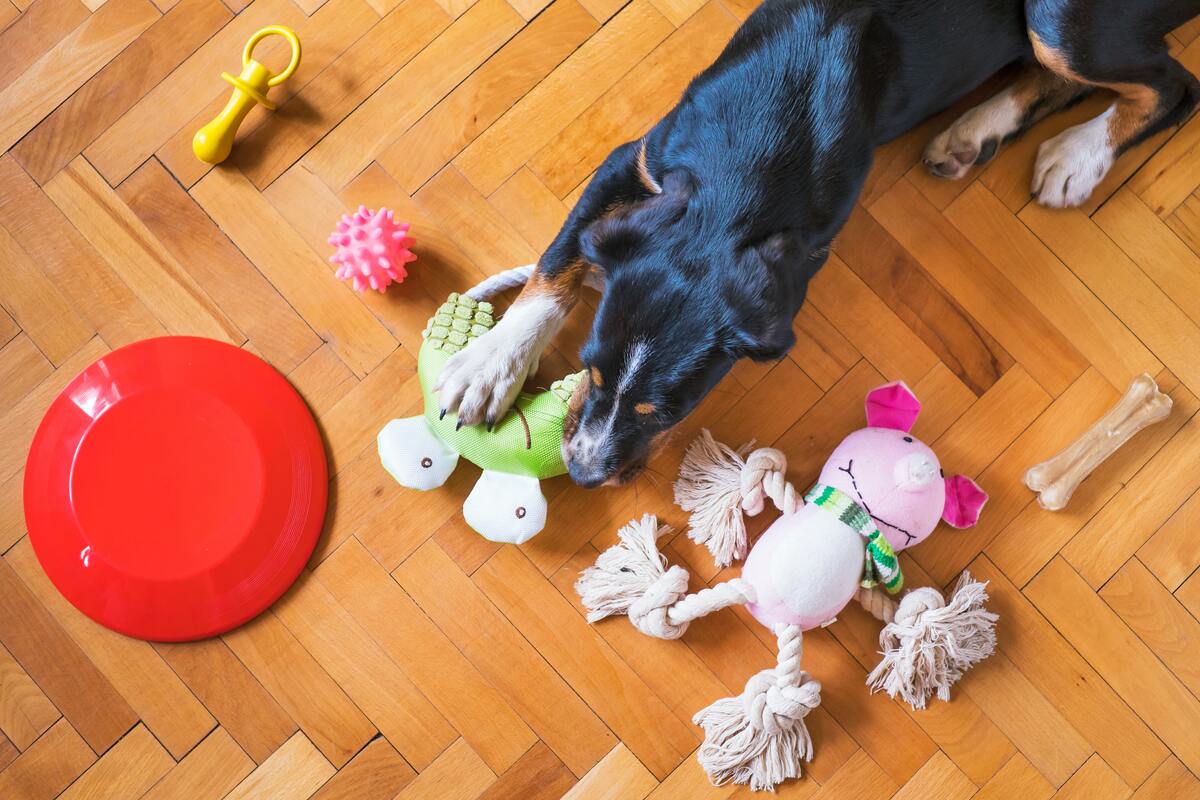 BARK (formerly BarkBox) is a company I've been orbiting for the last year trying to determine if it has the qualities of a shortlist stock. After its latest quarterly report, what better time to check back in?

As a reminder, BARK is a dog subscription service. The company launched in 2012 and built a name for itself with its customizable monthly boxes for man’s best friend that contain toys and all-natural treats. Each has a fun theme centered around anything from the season to the latest pop culture trend. Last month’s box was ‘Stranger Things’ themed and included a plush Eleven and Demobat. In more recent years, BARK has added BarkBrights, a monthly dental kit, and BarkEats, a customizable dog food subscription.

While this may seem ridiculous from the outside — who needs that many dog toys? — BARK is a big hit with young dog owners. Millennials are fiercely loyal to their pets and treat them like royalty. A company that thinks the same is warmly welcomed into their lives. BARK takes this relationship very seriously and goes out of its way to ensure its customer service is considerate and thorough. The company reaches out to 1/3 of its customer base every month to make sure they are fully satisfied and ask if they have any recommendations. Its compassion clearly doesn’t go unnoticed: 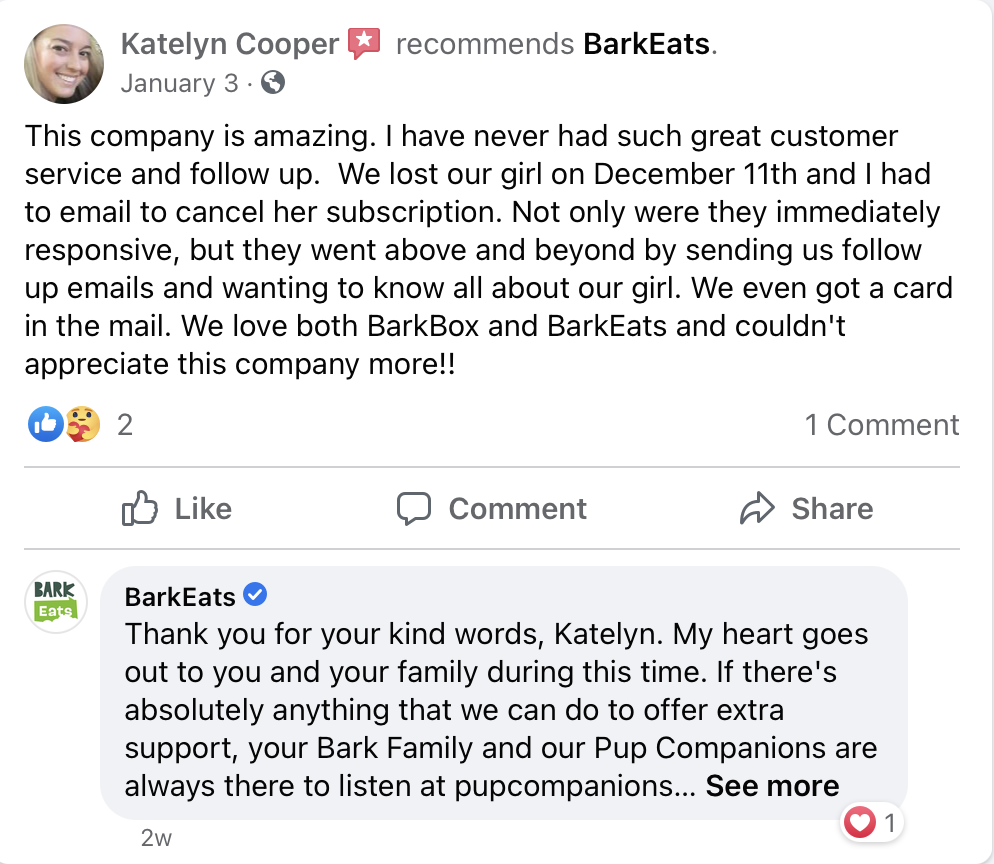 But great customer service is just one of the qualitative reasons BARK could be a great investment. It also:

Importantly, it’s keen to leverage these assets to push into new, more reliable segments and maximize its customer spend. When it comes to toys and extras, BARK has already proven its abilities — average order value has increased year-over-year for the last six quarters. This quarter alone, management credits cross-selling with generating $10 million of revenue, a 42% increase compared to the same period last year.

All that being said, if we take a look at its latest earnings, many of these are being addressed.

For Q1 2023, revenue increased 12% year-over-year to $131 million, beating the company’s own estimates by $1.2 million. This growth rate is a good bit slower than last year’s, when pandemic pets and stay-at-home orders granted the business a +30% growth rate, but management seem undeterred. According to CEO Matt Meeker, BARK anticipated a slowing growth rate as it builds out its food and dental offerings and macroeconomic conditions remain tough.

More importantly, adjusted EBITDA came in at negative $13 million, a $5 million improvement from the previous quarter’s prediction. In recent months, BARK’s net margin has taken a not insubstantial hit from an increase in domestic shipping costs but it would seem these are now under control. According to management, the path to profitability now rests upon a return to revenue growth.

Now, let’s get down to the real meat and potatoes.

My interest in BARK rests upon its food and dental offerings which should grant it good revenue reliability and help bring down its churn rate. So far, both offerings have been available for about a year and things are going well but slow.

BarkEats, on the other hand, is still a developing story. When the product initially launched, it allowed consumers to customize the food based upon their dog’s size, activity-level, age, and food sensitivities. It would appear, this wasn’t enough personalization for customers so BARK has opted to relaunch the product after 18 months of surveying.

Now, BarkEats is breed specific. It currently caters to Pitbulls, Labs, and Chihuahuas but the business hopes to add more than a dozen breeds within the coming months. According to management, this will allow BARK to make more specific recommendations and improve onboarding. Since its release a few weeks ago, Meeker said they’ve “received encouraging engagement, conversion, and feedback”. However, investors were not provided specific numbers so it’s difficult to gauge growth or margins.

In my view, the product and its matching customer service may be enough to sway dog owners looking for quality but not willing to splurge on refrigerated options like FreshPet. 75% of owners feed their dog kibble so if BARK could corner the high-quality kibble market with the added convenience of a subscription service, it could be a compelling growth story.

BARK’s vertical integration and established fulfillment centers may also give it a pricing edge which should help get consumers in the door. If you sign up with BarkEats, the company will guarantee the price of your dog’s food for their life, that may turn a few heads in our current economic climate.

Finally, BARK was able to improve its full-year and quarterly guidance which is always nice to see.

If we look at valuation, the company would currently appear under-valued. Even with slowing growth rates, BARK shouldn’t be trading at a price-to-sales of .5X. That being said, I understand investors are wary of up-and-coming growth stocks and SPACs so BARK has the market kiss of death.

For BARK to make the MyWallSt shortlist, it has a little bit of work to do. Due to its 80% sell-off over the last year, its market cap is now hovering around $370 million which is a bit small for our liking, MWS stocks tend to have a market cap of more than $1 billion. I would also like to see its food and dental segments develop further. I’ve been impressed with its diligence and investments so far but I want to see the public’s reaction.

For now, BARK will stay on the watchlist but my interest remains piqued.