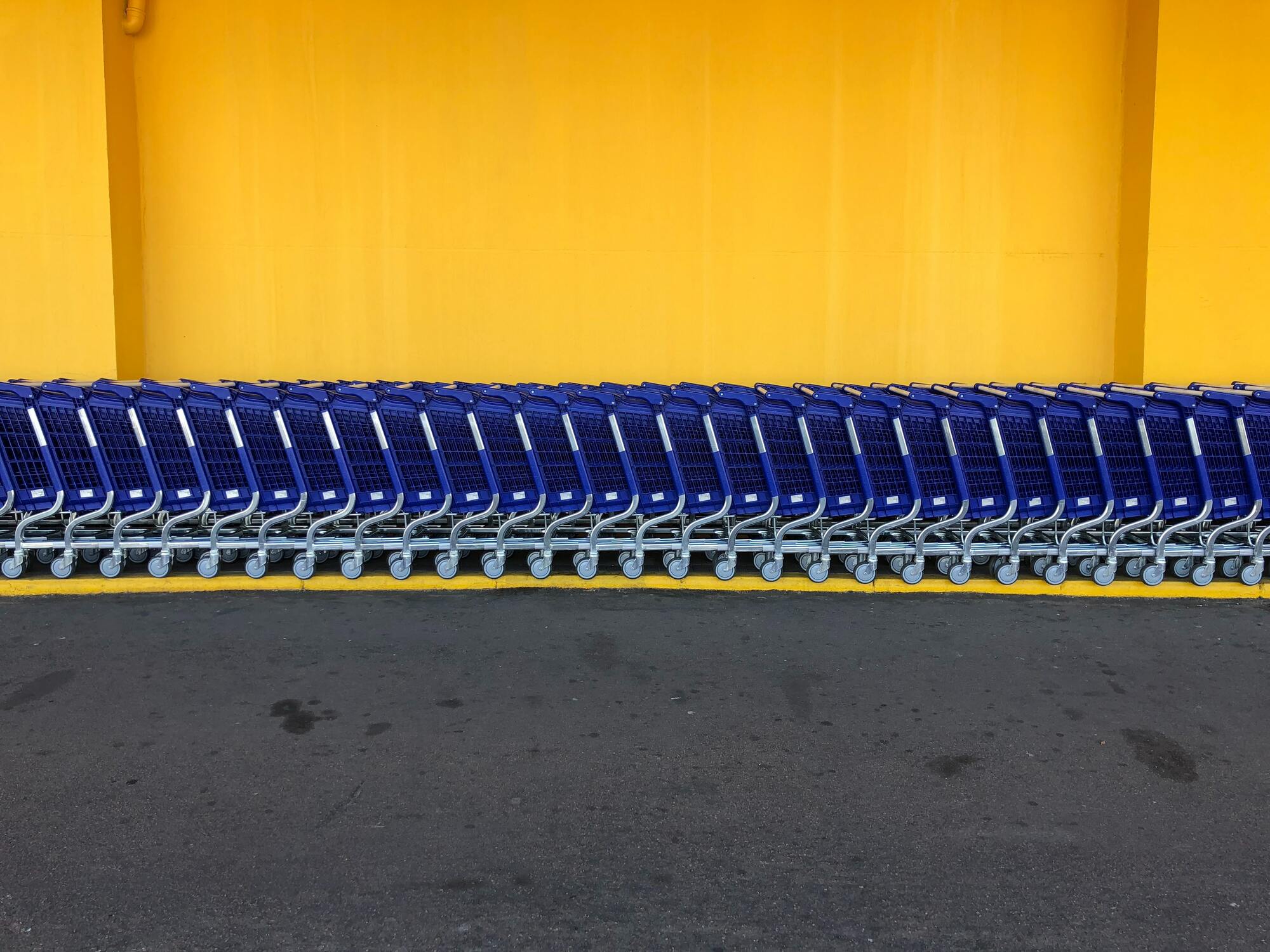 Market Movers: Can Retail Save The Market?

A relatively up-and-down period on the Street this week, as retail took its turn in the limelight. Walmart struck a win for the wider industry with its strong earnings report Tuesday, before Target dampened the mood just as quickly with its sinking profits on Wednesday.

Meme stock mania returned in force, with Bed Bath & Beyond riding to the moon, before unceremoniously falling flat as activist investor Ryan Cohen dumped his significant stake in the firm.

Volatility remains the name of the game in the markets, so with that in mind, let’s take a look at this week's winners and losers, shall we?

Big winners were hard to come by this week, but the pick of the bunch was Stitch Fix. The online personal styling service soared by over 20% on Tuesday before slowly retreating as the week went on. If any of you were to guess what could have caused such a significant jump, you’d probably say a positive earnings report, and you’d be right…sort of.

In this instance, it wasn’t a good earnings report from Stitch Fix that sent its stock skyward, but, instead, one from Walmart. As the biggest retailer in the world, Walmart’s influence stretches far beyond its own stock price — it directly influences the retail industry as a whole.

The big-box retailer successfully navigated a tricky quarter to produce strong top and bottom lines, and also stood by its previous guidance for the remainder of the year, buoying the retail industry. Retailers including Stitch Fix, Nordstrom, Target, and Gap all moved higher after Walmart’s earnings.

The main reason appears to be investors anticipating that an improvement in general consumer habits, as seen through Walmart’s earnings, could benefit the retail industry as a whole. While this is speculative, there doesn't really seem to be many other reasons for Stitch Fix’s improved fortunes this week. It should be noted that these retailers all also saw their stock prices fall a number of weeks ago when Walmart slashed its guidance, further lending weight to this correlation.

It wasn’t nearly as hard to find some significant losers this week, and top of the pile was Sea Limited. A highly disappointing Tuesday earnings call from the Singapore-based tech conglomerate sent its stock reeling, with it dropping over 20% this week alone.

Slowing revenue growth and widening losses sent investors into a selling frenzy. The firm’s Shopee platform performed admirably, with sales, gross merchandise volume, and orders numbers all spiking. However, it was a totally different story for Sea’s digital entertainment arm. Revenue declined by 10% year-over-year after triple-digit gains just last year. While that growth was likely not to be sustainable, declining growth is certainly troublesome.

Finally, with bookings also down a whopping 40% on the year-ago quarter, the future doesn't look all that rosy either for Sea. The company declined to give any revenue guidance amid the current harsh macroeconomic environment, likely worsening the sell-off.

And finally, to the much-maligned Teladoc. The virtual healthcare provider took yet another hit this week as a downgrade from a notable analyst instigated a shareholder sell-off. This represents the third downgrade by an analyst out of four recommendations this month alone. The analyst claimed Teladoc’s pace of growth should slow due to three possible headwinds.

The first headwind is restricted consumer spending in an inflationary environment. Teladoc’s revenue will be directly impacted by lower spending, especially as consumers switch to cheaper alternatives and cut costs.

The second is a delay in enterprises deciding to sign up for its products due to a weakening macroeconomic environment. As access to capital drops and sales weaken, companies look for ways to cut costs, which may mean cutting some employee benefits or delaying plans to implement them.

While a downgrade obviously doesn’t bode well for any company, it must be noted that this is all purely speculation. Nothing inherently changed with Teladoc this week. The market is highly reactionary, and growth stocks are getting increasingly volatile. Make sure not to let panic guide your thoughts on any of these companies.