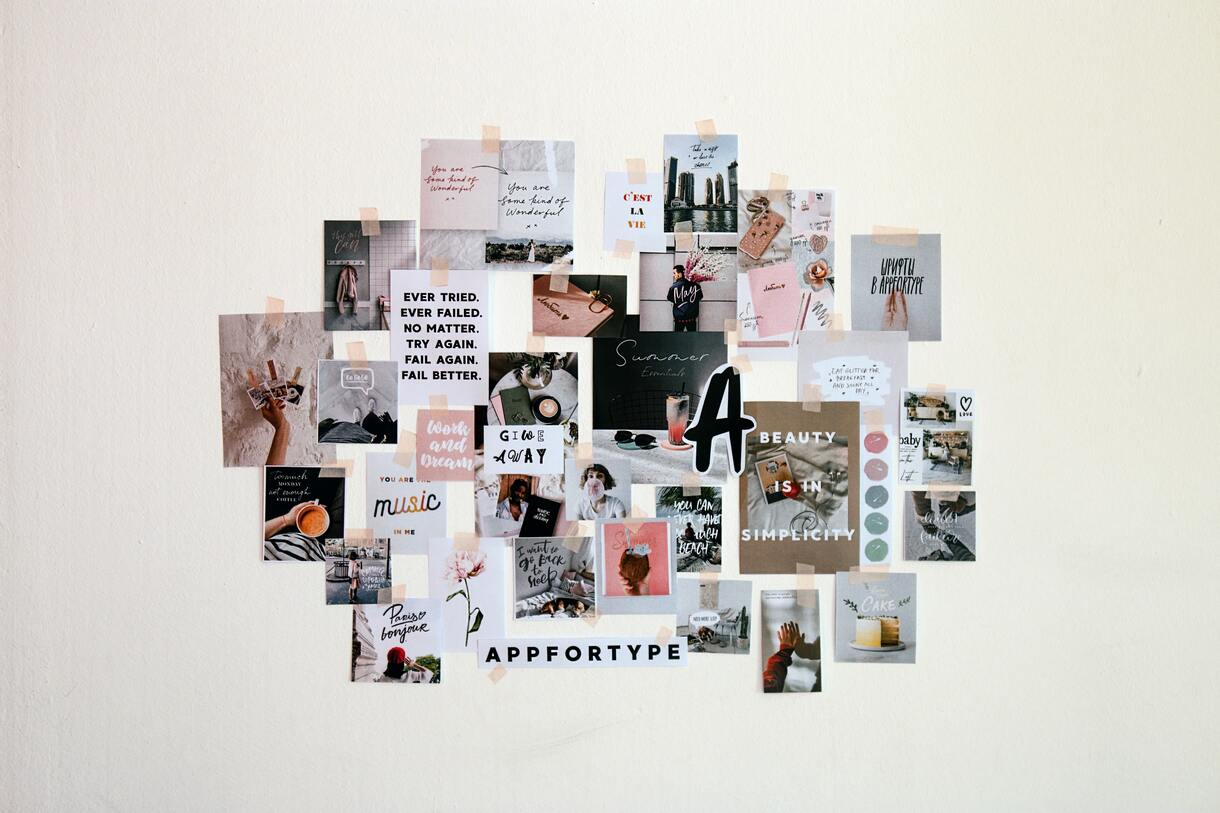 Every few months, the calendar blesses us with an extra Wednesday, meaning I get a chance to check in with teens to see how they’re dismantling Mark Zuckerberg’s hopes and dreams. This is Episode III of the project that no one asked for and is really just an excuse for me to scroll on TikTok during work hours.

My magnum opus was, of course, ‘A Not So Social Media’. In the piece, I outlined what I believe to be the most important upcoming social media trends and predicted the downfall of Facebook and Instagram. My key observations can be summarized in two points:

I explored point one of my manifesto in ‘I Was Right, Instagram is Dead’ — a moment of well-deserved, unabashed gloating and an early look at BeReal, the newly emerged, photo-sharing app making waves on college campuses. I dubbed BeReal “an intimate combination of Instagram and Snapchat” and saw it as the natural progression of young people’s desire for privacy and realism.

When I covered the French social media company in April, it had 2 million daily active users (DAUs) and had just cracked the top 5 list in the United States’ App Store. In three short months, DAUs have increased by more than 50% and this week it became the No. 1 social networking app in the U.S. App Store. It’s rumored the company is on track to close a funding round that will quadruple its valuation to over $600 million.

However, the business end of things seems largely unchanged and the path to monetization remains unclear. Unsurprisingly, the king of imitation, Instagram, is already toying with a feature to mimic BeReal called IG Candid, which will undoubtedly be pumped full of advertiser content.

But today, I want to talk about the other end of the social media spectrum: the public sphere. On this front, a new player is emerging, and they’re a familiar face.

At the beginning of August, TwoTwenty — Pinterest’s innovative incubator team — quietly released Shuffles. The app, which I haven’t yet had the pleasure of using, is undergoing an initial test phase in the United States with a select number of Pinterest users. Once again, I stumbled upon the app via TikTok, where teens are desperately asking each other for invite codes to gain access to the trial. 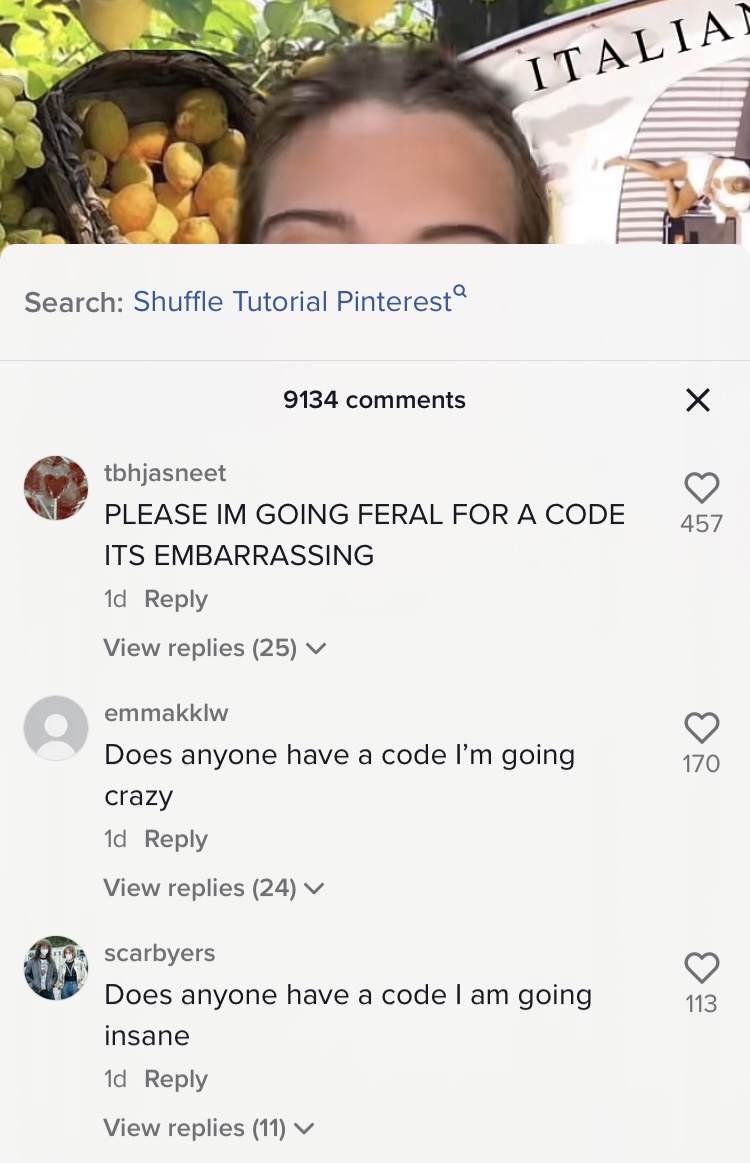 From what I can tell, Shuffles is where casual creativity and connection meet. Its concept is simple and builds upon what Pinterest already does best: helping you discover cool things on the internet and save them for later.

To put it simply, Shuffles allows users to create collages with images they’ve pinned on Pinterest’s main platform or taken themselves. These collages are quite dynamic thanks to a range of easy editing tools that even allow animation. From there, users can collaborate with friends, share their masterpieces, or explore the work of strangers via hashtags. The finished product is highly reminiscent of photo projects that populated Tumblr and Instagram during their heyday. 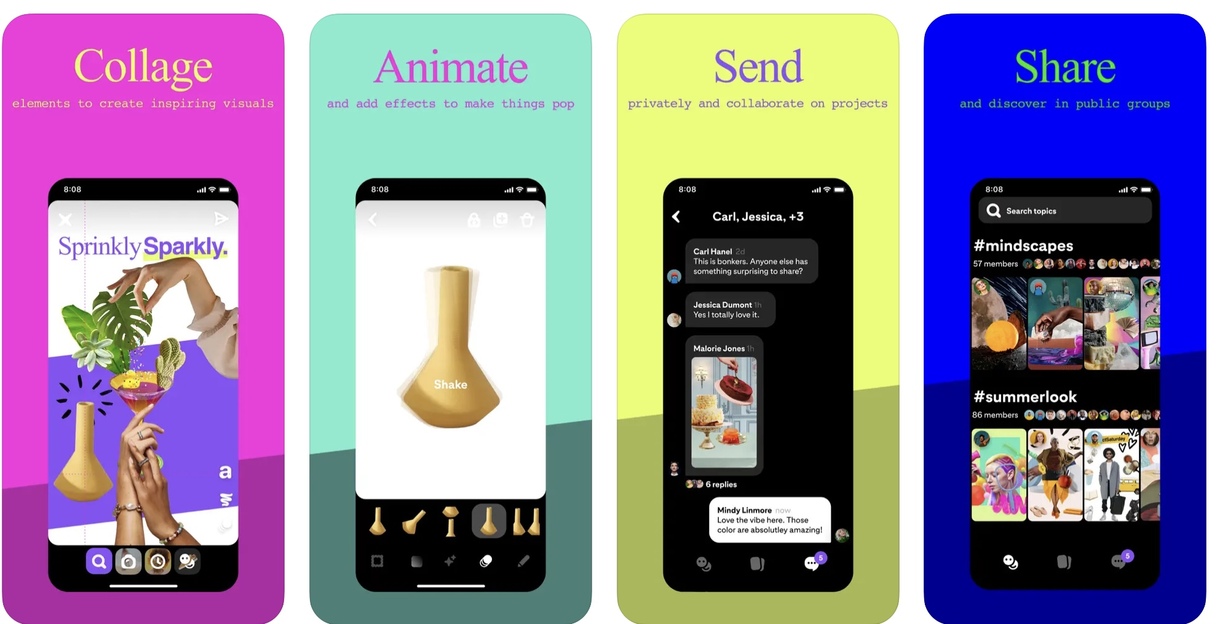 Now if you’re thinking: “online collages can’t possibly be the next big thing”, you’re probably right. I can’t see this app becoming the next TikTok or even the next 2014 Instagram, but I can see it carving an interesting niche for itself. I think it could be a place for photos to achieve longevity and finally tap into the internet’s love for recycling and reinvention. 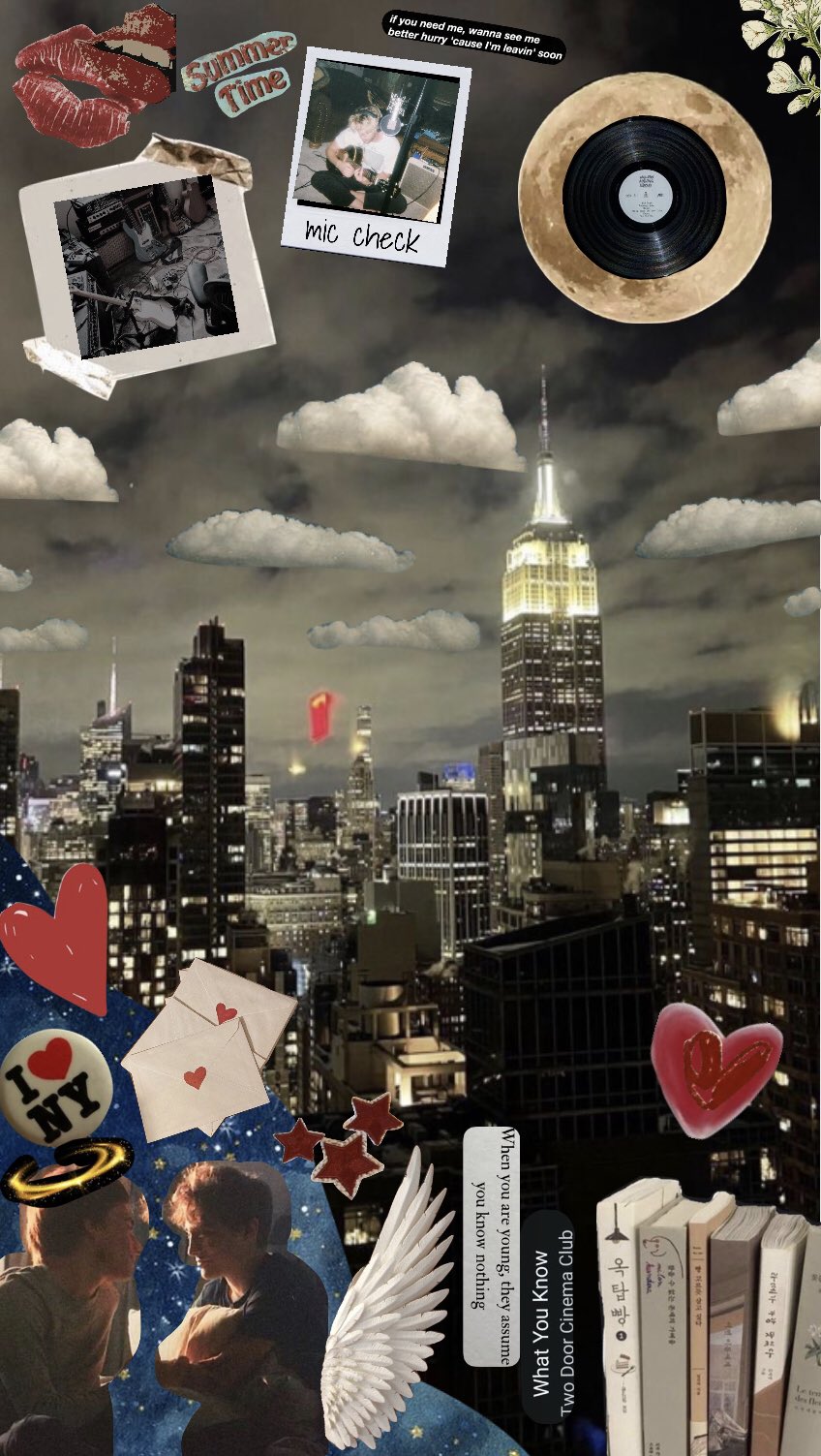 If you’ve ever used TikTok, you’ll know that the platform has viral audios. These audio clips come from every corner of the internet, somehow catch widespread attention, and then get reappropriated in any and every way imaginable. It’s similar to how musical artists sample hooks or bass lines from songs released decades ago. These audios will take over the platform for a week or two and then be replaced by the next one.

A recent example is an audio taken from a 2014 performance by British poet Michael Rosen. In the original clip, Rosen is doing a dramatic reading of his poem “No Breathing In Class”, which comes from his 1988 collection the Hypnotiser. In it, he details the wrath of a strict teacher who is so stern and serious she doesn’t allow her students to breathe, causing them to drop like flies. Rosen describes stepping over his friends as he leaves the room and delivers the iconic line: “Oh no! There's Melanie! That's a shame, she was really nice!”

This was all the internet needed.

The audio clip went streaking across TikTok in a matter of days. The most popular examples include references to eating your beloved cow, checking in with high school classmates, and cheerleading accidents. It’s been used on more than 12,000 videos, combining for billions of views.

This is a phenomenon we have yet to see in the photography world. Instagram was great for establishing trends in posing, location, or styling, but it lacked a way to connect users taking inspiration from one another.

On Shuffles, each individual element of a collage is clickable and traceable back to the original poster. In theory, an image you upload could be adapted into any number of collages of varying style or theme. Similar to TikTok audios, your image could move from online community to online community, reaching people across the world and spectrum of interests. This would allow your image to live on well after the initial post and create a web of genuine interaction and creativity. 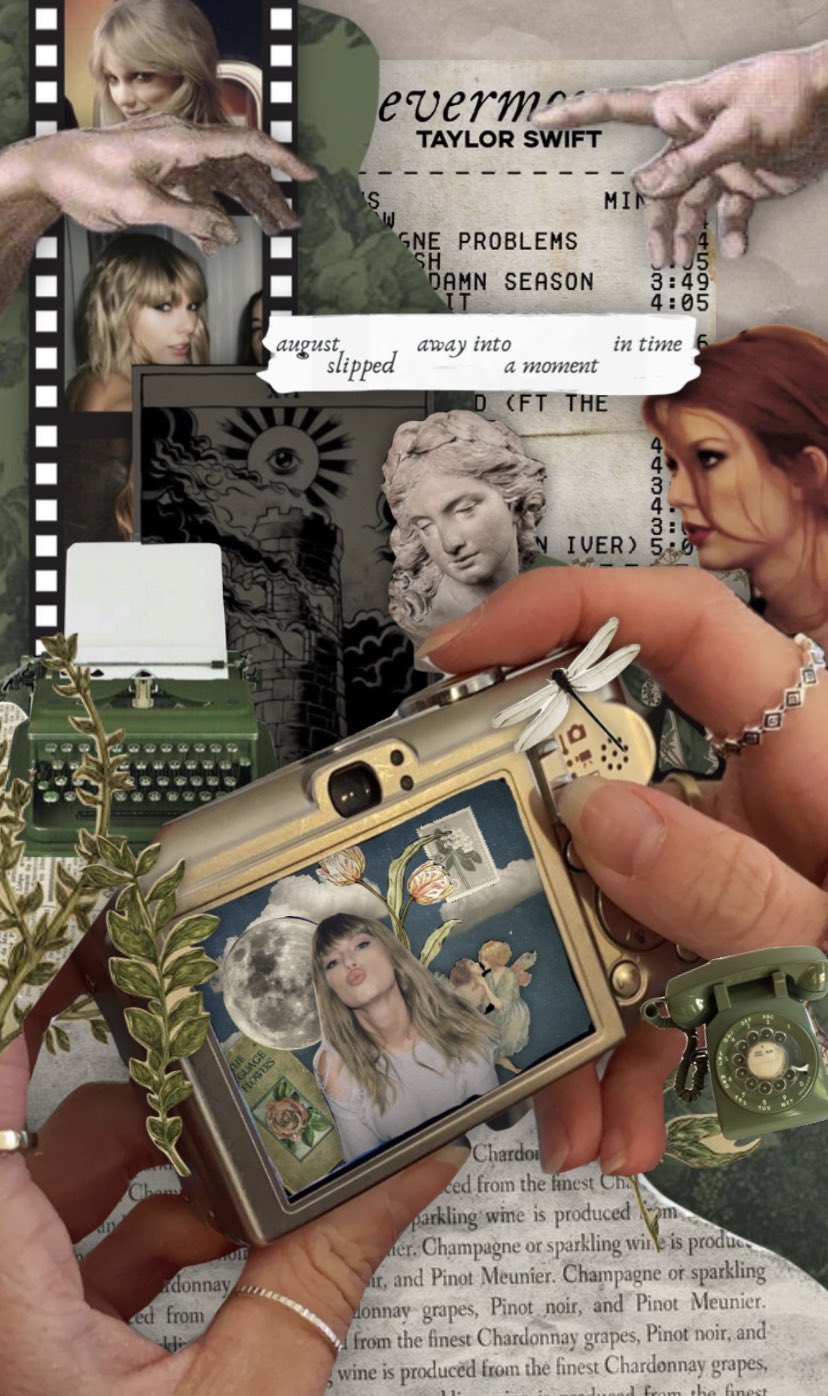 In my view, this aligns perfectly with trend two: “It isn’t enough to merely connect with people online — users want something to do.” Collages may seem like a ridiculous central product but Pinterest users were already making them to a lesser extent via their Pinterest boards — Shuffles just ups the aesthetic and interactive elements. It’s also the first photo-based social media to lean into anonymity, you don’t need to post photos of yourself or curate a personal brand.

When it comes to generating revenue from this new product, Pinterest seems to be taking things slow. Officials from the company stated that “as this app is in its initial test phase, we don’t have any additional details to share on the record at this moment,” declining to speak about its future plans or monetization potential. That being said, I could see it neatly fitting into Pinterest’s expanding e-commerce segment with collages becoming visual wish lists for some users. It also can’t hurt to have a new, fun way to funnel members of Gen Z into your namesake product.

More importantly, the emergence of Shuffles makes me realize there may be a third social media trend: fragmentation.

For years, we’ve been accustomed to social media goliaths: Twitter, Instagram, and Facebook. These players have adapted, stolen, or acquired their way to relevancy for the better part of a decade, but in their expansion, they’ve left behind valuable nooks that can be exploited. As Instagram has chased TikTok and video via Reels, it left photos in the past, and that has allowed BeReal and Shuffles to appeal to teens.

Interestingly, it would appear that users of these apps are content to be dividing their time between multiple platforms. According to Kristin Merrilees, a 20-year-old college student interviewed by The Guardian: “Instagram used to be the app for everything but that’s changed now”.

We’ll wait to see if this remains true.

I, for one, am excited to see if BeReal can survive the challenge of Instagram or if this dose of realism was just a flash in the pan. It’s entirely possible that the hundreds of millions of users on Instagram who have yet to experience BeReal will have no reason to create a new account once IG Candid is off the ground. That being said, teenagers tend to set social media trends and they seem excited to be away from Instagram’s cheuginess. In the last few months, Instagram’s frantic adjustments to TikTok’s influence smell of desperation and that’s never cool.

In the meantime, I’m thrilled for Pinterest, which has spent the last few quarters trying to find its identity in the post-pandemic world. Shuffles seems like a step in the right direction and a legitimate attempt to grow MAUs in a very important cohort, even if the app is just a small part of a person’s social media diet.