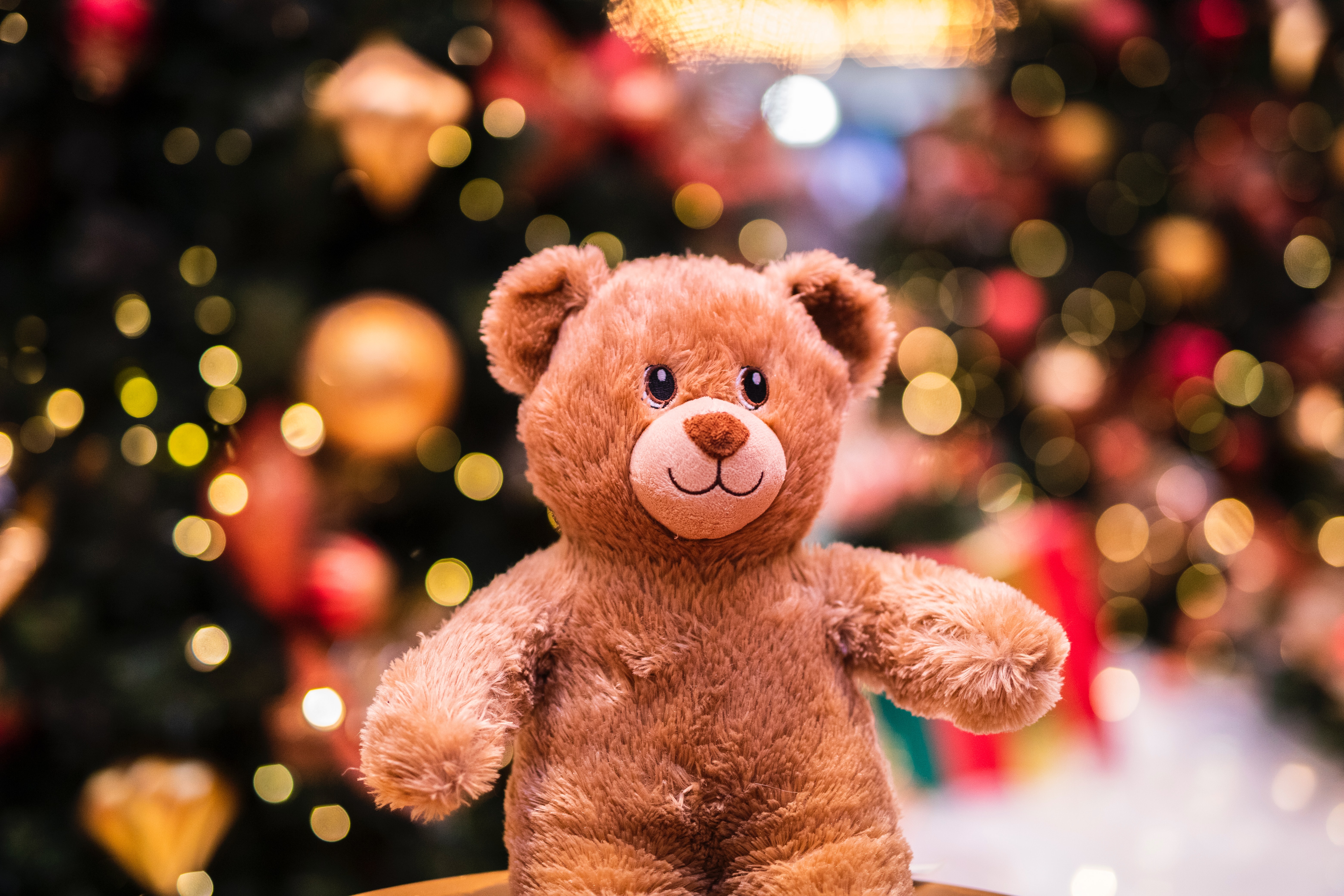 These difficult times have us all asking what’s truly essential. Well today, I want to take a look at a company that you will most definitely deem essential if ever find yourself in a shopping center in the company of a screaming child.

Build-A-Bear Workshop was founded in 1997 by Maxine Clark, the former president of Payless Shoes. Under Clark, the company flourished in the American mall scene, known for its charming in-store experience where patrons assemble and style a stuffed animal of their choice. This includes everything from the type of heart placed inside the bear, to its scent, to what brand of soccer cleats you want them to wear. Since its founding, the company’s slogan was “Where Best Friends Are Made”, but under the guidance of new CEO Sharon Price John, this was changed to "The Most Fun You'll Ever Make” in 2013.

Though, this wasn’t the only change John made.

Under her direction, Build-A-Bear made the difficult decision to move out of malls. Even ten years ago, it had become clear the iconic institutions of the 1980s were dying, and keeping one’s stores there could decimate your business, especially when in-store experience is an essential part of your appeal. Of the company’s 305 stores in North America today, under 58% can be found in traditional malls — a steep decline from 92% in 2015. Build-A-Bear has also opted to shrink its new generation of stores to increase profitability through a reduction in rent and staffing costs. These new outlets can be found in affluent, high-traffic areas and are sometimes as small as 200 sq ft.

Under its expansion plans, Build-A-Bear has three types of stores:

As you can see, its third-party and franchise models are asset-lite. Moving forward, Build-A-Bear is expected to further build out these channels to bolster margins.

Now turning to customer makeup, Build-A-Bear has taken significant strides to appeal to more than just children. Now, 40% of sales are generated by tweens, teens, and adults (people above the age of 9). It would appear this was accomplished by tapping into the collector market.

Build-A-Bear is lucky — its unique products mean it is not in direct competition with other toy manufacturers like Mattel or Hasbro. For this reason, it is much easier for Build-A-Bear to secure licensing rights to key brands from across the entertainment and social media worlds. Disney, Star Wars, Harry Potter, Marvel, Pokemon, Friends… if you can think of it, Build-A-Bear has a product for it. 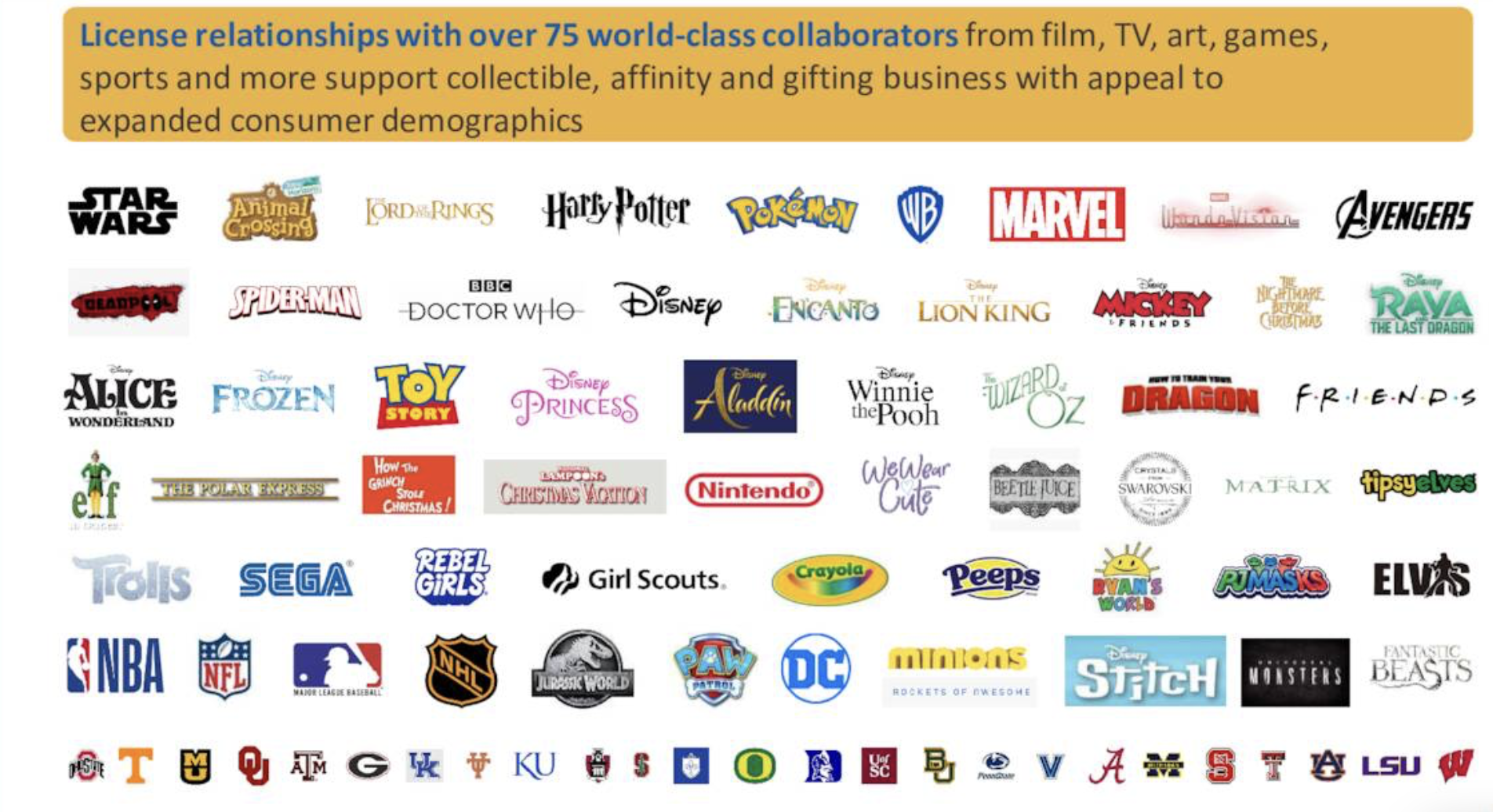 Licensed products are great for generating mass appeal and stirring up excitement. In any given year, they generate between 30% and 50% of the company’s revenue. But, more importantly for investors, they carry a high price tag and encourage consumers to up-spend. This, combined with Build-A-Bear’s focus on high-price add-ons has driven the average transaction size up 33% since 2015 reaching $53.33. In the same period, the company’s gross margin increased by about 3 percentage points.

Now, I know what you’re thinking, how can a company selling $54 teddy bears not only survive but thrive? Well, it would appear that Build-A-Bear has managed to build and maintain a premium brand consumers are willing to pay more for.

Build-A-Bear’s customer base is largely composed of high earners — the majority of patrons make between $100,000 and $150,000 annually. This should mean Build-A-Bear can do well even during periods of economic distress. As we have seen so far this year, high-end brands are continuing to perform. For example, Watches of Switzerland, the owner of Rolex, reported a 48% sales increase in the first half of 2022. Additionally, more than 60% of Build-A-Bear visits are planned for some sort of occasion, the most popular being a birthday party. This should also provide some insulation while helping to evenly distribute revenue throughout the fiscal year.

It’s also worth mentioning that, while Build-A-Bear is known as an in-person, experience store, the company is dipping its toes into e-commerce. In its most recent quarter, 20% of sales were generated online, a significant jump from 2016 when only 4% of sales came from this avenue. Build-A-Bear has also managed to build efficiency into its e-commerce push by using its extensive footprint to expedite orders. More than 70% of online orders are fulfilled in-store, decreasing labor and shipping costs.

Finally, if we take a look at the numbers, it would appear that Build-A-Bear looks like a pretty solid business.

Sales in the first half of 2022 were up 17.1% to $218.3 million — the most revenue-generating first half of the year in the company’s history. In the last 12 months, Build-A-Bear has generated $440 million in sales. In the same period, it brought in $60 million in profit, representing an operating margin of 13%.

It also has $260 million in cash with only $90 million in long-term debt and boasts 8.8% insider ownership.

If we turn to the near-term future, management seems pretty excited and was able to re-affirm its full-year guidance. In 2022, we can expect total revenue of around $460 million and a pre-tax income in the range of $50 million to $62 million.

However, now we have the difficult task of determining if this momentum is going to outlast the post-pandemic excitement. As the home of "The Most Fun You'll Ever Make”, I can see some of Build-A-Bear’s current good luck being the product of pent-up excitement. Throughout 2020 and 2021, store closures undoubtedly ruined much of the company’s fun and put a damper on sales.

If we take a look back before the pandemic, Build-A-Bear was never much of a performer. Revenue growth was almost always flat even as the company expanded. That being said, it is possible all the changes management has enacted over the last few years are finally starting to pay off and this is the first time we can see them fully reflected in the company’s financial performance.

Build-A-Bear also has the same weakness as other in-person retailers: it's highly reliant on workers who want and deserve better pay and benefits. Currently, Build-A-Bear has 3.6 stars on Glassdoor and only 53% of staff would recommend working there. As an experience store, the staff can make or break a location. I worry labor concerns in the coming years may apply pressure to the company’s margins or make expansion difficult.

As a long-term investment, Build-A-Bear is a funny company to think about. I personally haven’t interacted with them since the 3rd grade so it's not a brand I can say I know and love. It’s a somewhat ridiculous concept and that makes me wary even with its current winning streak. As James said on the latest episode of the Stock Club podcast: its popularity is somewhat reminiscent of Beanie Babies. Additionally, I’m not the only one to notice the brand is having a good 2022 and the stock is up 1300% since April of 2020, so we may have missed the boat on this one.

While I can’t see Build-A-Bear being a good fit for our Shortlist, it is certainly an interesting company to watch. It's always impressive to see a management team pull off a pivot.