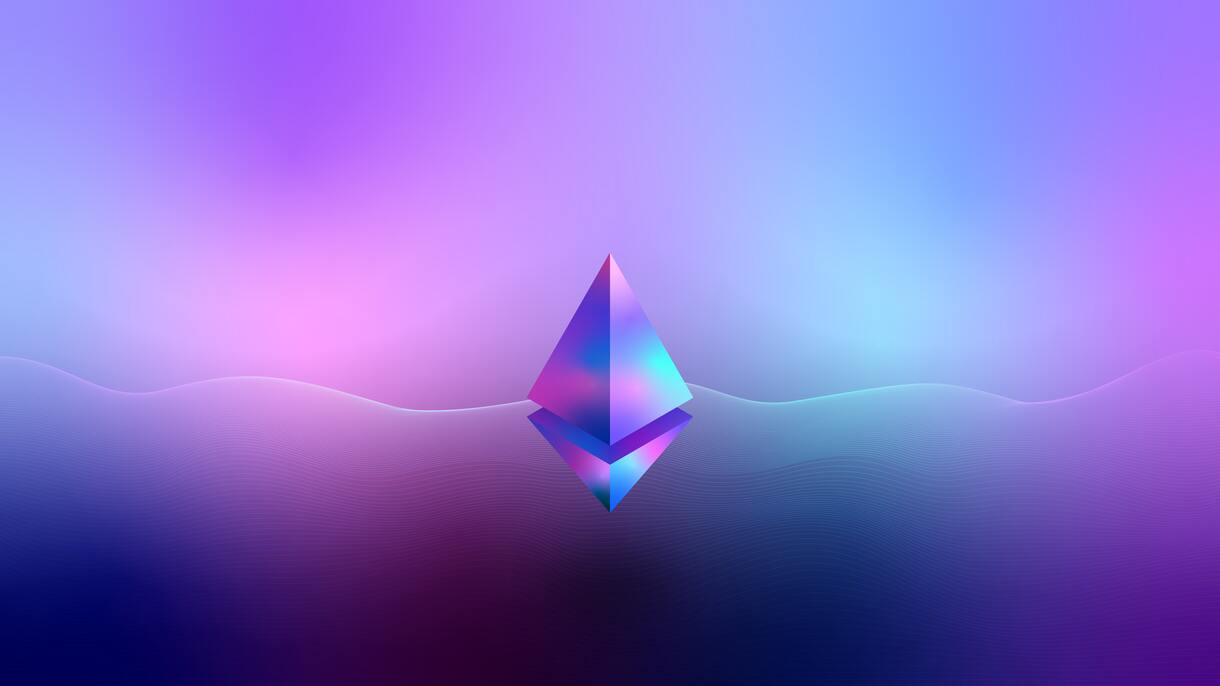 Analyst Insight: Ethereum Just Went Green — What Does It Mean?

I don’t make a habit of reading about cryptocurrencies. The never-ending Elon Musk-Dogecoin saga left me sufficiently exasperated. Worse still, my rage was recently reactivated when Musk announced the Cyberwhistle. It’s a stainless steel whistle meant to commemorate the Twitter whistleblower that resembles the Tesla Cybertruck and could only be bought using Dogecoin. 1,000 Dogecoins to be precise, the equivalent of $60. And before you rush to the Tesla website and load money into your Coinbase wallet, it’s already sold out.

However, today, I do want to talk about cryptocurrency. Specifically, the recent Ethereum merge, which I think raises (or rather re-raises) a serious philosophical debate in the crypto community and may just spell disaster for some of 2020’s favorite stocks.

Proof-of-Work — Where Did All Our Electricity Go?

Before we begin, we need to define some terms. The merge refers to Ethereum changing the way it validates transactions and adds blocks to the blockchain. Previously, Ethereum used the proof-of-work system, the most common form of validation in the crypto world — it’s most famously used by Bitcoin. In proof-of-work, you need thousands if not millions of computers to validate transactions. In the case of Bitcoin, the system is designed to add a block of transactions every 10 minutes.

When a Bitcoin transaction occurs a random assortment of numbers is generated called a hash — it’s similar to a barcode on a receipt or an order number. The number will be between 0 and 256-bits and is generated using the SHA-256 hash algorithm.

Now comes the fun part. People use very expensive computers and lots and lots of electricity to repeatedly guess the new transaction’s hash. If they get it right, they get the honor of verifying the transaction and adding it to the blockchain. The people guessing these numbers are called miners and if they get the number right, they are a validator.

Why would people want to do this? Because they get paid to do so. If your computer is the first to guess a hash, you get paid in unreleased Bitcoin on top of a transaction fee. That explains why everyone’s nephew is setting up a Bitcoin mining business in the Nevada desert.

More importantly, it ensures the currency is truly decentralized and secure while meeting users’ needs. The length and complexity of a hash is adjusted depending on demand. If a lot of transactions come through at once, their hashes will be shorter to ensure the data can be verified and added to the blockchain in a timely manner. But, there’s no way to know who will guess the hash first and verify the transaction, which ensures a nefarious group can’t take over the currency unless they buy up an obscene number of computers. If this were to happen, they could stop verifying certain transactions and allow people to re-spend the same Bitcoin over and over again. This would certainly spell the end for any decentralized currency.

In our current financial system, a whole host of intermediaries are responsible for overseeing the movement of money and the release of currency. In the crypto world, this comes down to millions of miners, their computers, and super complicated math.

If No One Witnesses a Transaction, Did it Really Happen?

A great way to think about this system was proposed by Yevgeniy (Jim) Brikman in his 2014 newsletter ‘Bitcoin by Analogy’. In it, Briskman discusses the Yap nation in the South Pacific that uses huge circular disks called Rai stones as currency. Some of these disks can be 12 feet in diameter and weigh up to 8,800 lbs. For this reason, when currency needs to change hands, it doesn’t physically move, everyone just acknowledges a change of ownership.

Now, imagine if this system was used in a big country like the United States or China. It would be chaos. People would fight over who owned what, stones would get forgotten about, and it would be easy for a scammer to use the same stone in multiple transactions.

But in Briskman’s extended analogy, everyone has a ledger that contains every transaction in the county. To encourage citizens to be diligent with their bookkeeping, they get rewarded with the right to mine new Rai stones if they go out of their way to verify a random, pending transaction and let others know to update their ledgers. So, Keith in Nebraska might be asked to verify that Sandy in Louisiana really does own a certain Rai stone and is now transferring ownership to Laurence in Rhode Island. Keith then sends out a text to let everyone know and gets a few new Rai stones.

Fun fact: in crypto lingo, the ledger is known as a node. There are lots of different types of nodes, each with its own task, like validating, storing, or broadcasting. I discovered it’s actually pretty easy to make your computer into a node so long as you have an abundance of free disk space, RAM, internet connectivity, and electricity.

Proof-of-Stake — Put Some Skin in the Game

Now that we understand proof-of-work, it’s time to throw it all out and start again because Ethereum has switched to proof-of-stake.

In proof-of-stake, you can only make your computer into a validator node if you own the currency and are willing to use some of it as collateral. Rather than spending money on heavy-duty computers and electricity, Ethereum validators must sign away 32 ETH in deposit contracts. There is no work, no one is rushing to crack a hash combination to get the random honor of validating a transaction. Instead, validators are given transactions to verify at random and participate in the system to preserve their own ETH, support the network they have so much money invested in, and receive payment for their validating.

If a validator behaves dishonestly or lazily, they lose some of their staked ETH. Every transaction is verified by multiple validators, at least two-thirds of validators must be in agreement for a transaction to be validated and a new block added. For this reason, in order for a nefarious group to take over Ethereum, they would have to own 51% of the staked currency to ensure that they could overrule other validators.

If we go back to our Rai stone analogy, that would mean Keith would have to pledge some of his Rai stones in order to become a validator, and then his work would have to be checked by Barbara, Alice, and Greg before he got his payout. But, Keith is happy to do it because he owns a lot of Rai stones and doesn’t want the currency to collapse just because people want to cheat the system.

Ethereum’s founder Vitaly Buterin opted to make the switch for a number of reasons. According to him, proof-of-stake is more secure, less energy-intensive, and better for scaling. In Buterin’s mind, by simplifying the process of setting up a node and removing the necessity for expensive computers and electricity, more and more people will sign up to be validators which will further distribute the network and make Ethereum even more decentralized.

When it comes to electricity, things have certainly improved. Ethereum’s consumption dropped by 99.9% when the merge occurred. Buterin believed Ethereum was responsible for 0.2% of the world’s total electricity consumption. The network has also gotten faster under proof-of-stake. Without the need for hashes and computations, validating takes less time.

Is it Any Better?

However, critics were quick to argue that Ethereum’s switch to proof-of-stake removes the all-important decentralization aspect. As you have to hold 32 ETH to participate, surely that means large stakeholders will just control a disproportionate amount of the validating?

But that’s actually not new to Ethereum or even Bitcoin.

Martin Köppelman, the founder of Gnosis Chain, an Ethereum trading platform, observed that of the first 1,000 blocks added to Ethereum’s proof-of-stake chain, 420 came from just two validator entities: Lido and Coinbase. While we think of miners as geeky teenagers with one too many GPUs, in actuality they are big names in the crypto space that have allowed people with less than 32 ETH to pool their holdings and sponsor a validator node.

A good way to think of it is as the crypto equivalent of fractional shares or index funds. When you buy these products, the voting rights that accompany them remain with your broker, resulting in a huge concentration of power. (Funnily enough, I’ve spoken about this problem before. Click here to read).

Lido, a community validator collective, now controls 27% of all Ethereum validating. The company only employs 20 node operators, meaning 20 people are overseeing 27% of the Ethereum network. 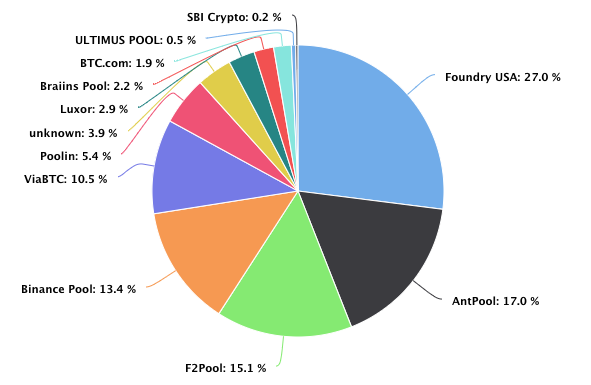 Worse still, it is yet unclear if electrical savings under proof-of-stake will last. Most miners are just switching to other proof-of-work blockchains, meaning emissions should be back in no time. We will likely need other lucrative coins to switch to proof-of-stake to make any kind of lasting impact.

Unfortunately, the biggest impact I can see from Ethereum’s switch will be on the manufacturers of GPUs.

GPUs are graphics processing units, typically used by gamers looking for the best performance out of their souped-up PCs. They became popular with Ethereum miners in 2015 but demand exploded in 2020 when the world became obsessed with crypto and NFTs (Ethereum is the currency used to buy the internet’s ugliest art).

Nvidia and AMD reaped the benefits of this trend but both reported financial downturns in the run-up to Ethereum’s switch.

Last month, Nvidia announced preliminary results that suggested weaker-than-expected demand for its high-end cards, sending its stock down more than 30%. In the quarter prior, management stated they expected an increase in the GPU resale market, impacting demand for new cards. Additionally, unlike electricity, GPUs are unlikely to be reappropriated for mining on other blockchains. Bitcoin miners use ASICs and while some smaller coins could do with some GPUs, they are not as profitable meaning miners are less likely to make the switch.

As you can see, the Ethereum merge is an interesting development in the crypto world. God knows cryptocurrency needs to use less electricity so I’m all for proof-of-stake spreading throughout the ecosystem. That being said, it would appear the merge solves little else and further contributes to the problem of centralization which makes Ethereum vulnerable to hackers, blackouts, and regulation. If one entity controls too much of a single aspect of the blockchain and it were to be regulated or banned, it could spell disaster for the entire currency.

A small version of this is happening right now as the Crypto-Mixing Service Tornado Cash, which allows user to obscure their details during Ethereum transactions for enhanced privacy, has been banned in the United States after it was hit by North Korean hackers. American validators are now stuck trying to determine if they must halt all Tornado Cash transactions to be compliant.

This exploration has been a reminder of why Bitcoin, Ethereum, and other cryptos have yet to prove themselves worthy of MyWallSt’s full attention. They are full of risks, many of which require a considerable amount of time and effort to understand. After this deep dive, my exasperation has returned and I am happy to leave cryptocurrency on the shelf for another while.