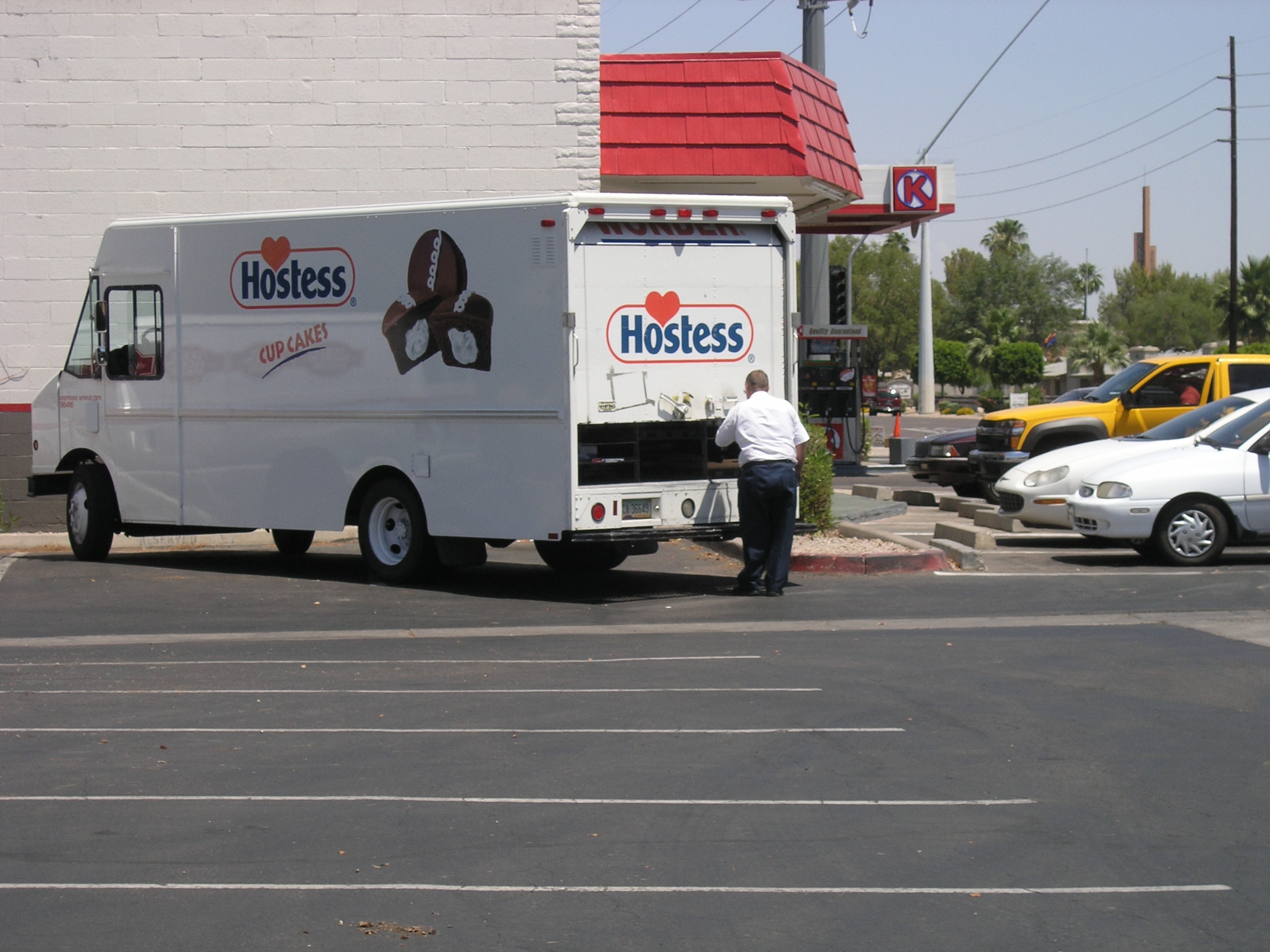 In around 2012, pop culture became gripped by the end of days. The Mayan calendar was drawing to its close on 21 December 2012, completing a 5,126-year-long cycle. Scholars were convinced this simply meant the beginning of a new age in the eyes of the Mesoamerican culture but skeptics, crackpots, and the general public were sure it meant a cataclysmic event never before seen. Consequently, we all had to sit through the release of ‘2012’, ‘World War Z’, “Seeking a Friend for the End of the World’, ‘The World’s End’, and ‘This is the End’.

Fortunately, the doomsday brigade was wrong and we lived to fight another day.

But, one very important cultural icon didn’t survive the purge of 2012: the infamous Twinkie. Rather ironic considering one of these apocalyptic movies, ‘Zombieland’, had an entire character dedicated to finding Twinkies in amongst the rubble of his collapsed society.

The removal of Twinkies from American shelves for the first time in 92 years caused a surprising amount of panic. News outlets were flooded by stories of frantic shoppers buying up the yellow, cream-filled logs by the dozen while a few schemers listed boxes online for thousands. Some especially detached-from-reality sellers even tried to auction them for upwards of a million dollars (but they were fall-themed so I suppose it’s reasonable. Who doesn’t want to curl up with a hot apple cider and a Twinkie on a cold Autumn night?).

In many ways, I believe Twinkies were the original NFTs.

Twinkies first emerged in 1930 in Chicago, Illinois at Continental Baking as a way to utilize strawberry shortcake machinery when strawberries were out of season. Continental was known as the creator of Wonder Bread but also had a growing packaged cake division called Hostess. Initially, Twinkies’ cream was banana flavored, but the Second World War and rationing caused it to adopt its current plain, vanilla flavor.

Twinkies really took off starting in the 1950s thanks to its marketing targeted at children and bizarre pop culture crossovers. Twinkies became the sponsor of ‘Howdy Doody’, launched the mascot Twinkie the Kid, and later negotiated a long-term contract with Marvel and DC comics. Interestingly, the superheroes were never seen eating the snacks, they just used them as weapons or bait for traps.

Thanks to these not-so-subtle plugs, Continental Baking became the largest packaged cake brand in the United States. This made Twinkies, Hostess, and Continental a hot commodity, and they were acquired by telecommunication company ITT in 1968.

However, in the late 1970s, Twinkies experienced an inadvertent PR crisis when they became associated with murderer Dan White, who killed beloved San Francisco city supervisor Harvey Milk. White’s lawyers successfully argued that his diet of sugar-laden junk food, namely Twinkies, had driven his insanity and this prompted the court to lessen his charge to manslaughter. It became known as the “Twinkie Defense”, a term still used today for an improbable legal defense.

This was followed by the healthy eating trends of the 1980s and lots of fad diets: including the cabbage soup diet, the liquid protein diet, and the grapefruit diet. Why eat a Twinkie when you can eat cabbage? ITT then sold Continental to Purina, a dog food company, which I’m sure was very comforting for consumers.

As sales continued to decline, Purina offloaded Hostess on Interstate Bakeries, the largest bakery brand in the country. Interstate would change its name to Hostess in 2009. The acquisition gave Twinkies, DingDongs, Zingers, Hohos, and Snoballs access to 58 factories and 10,000 delivery routes, but it wasn’t enough to fend off the growing South Beach and Atkins diets.

Throughout the 1990s and early 2000s, it became clear that Hostess was a bloated company on the brink of collapse. Its factories routinely functioned at a low, sub-50% capacity, and its reliance on a direct store delivery (DSD) model was eating up 36% of revenue. DSD forces manufacturers to deliver their products to individual stores even if those stores are part of a larger chain that utilizes central warehouses. Walmart, Hostess’ largest customer, had 2,667 locations in 1995, which would each need to be serviced every few days — think of the labor, fuel, and insurance costs.

By 2004, the company was bankrupt and spent five years reorganizing itself before declaring bankruptcy again in 2012. This time it stuck, and the company opted for complete liquidation.

"The Sweetest Comeback in the History of Ever"

The fall of Hostess and Twinkies caught the attention of Andy Jhawar, a partner at Apollo Private Equity. You may have heard of Apollo, it was meant to help finance Elon Musk’s takeover of Twitter before it backed out earlier this week. Jhawar was convinced that there was still a lot of value in the Hostess and Twinkies brands because they were so routinely referenced in film and television. To this end, Jhawar had surveys conducted and found that 90% of Americans over the age of 20 knew of Hostess Brands. That’s astounding brand recognition and something too good to throw away.

So Jhawar teamed up with Dean Matropolis, the brains behind the comeback of Vlasic pickles and Pabst Blue Ribbon, and went to Hostess’ going-out-of-business sale. They were the only ones there and were able to scoop up Hostess, all its famous treats, a complete book of recipes, and five factories for $410 million. Then the pair got to work.

First, in order to fix the delivery system, Twinkies and Hostess’ other snacks needed longer shelf lives. Despite all the chemicals and plenty of jokes, Twinkies only had a 25-day shelf life, meaning stores were unwilling to keep them in a warehouse as they may expire before they get in front of customers. Consequently, starting in 2012, Hostess began redeveloping its snacks to extend their shelf life, eventually reaching 65 days. This also meant its products could make their way into new, previously untouched locations like dollar stores and pharmacies.

This, combined with improved manufacturing facilities and refreshed packaging, set Hostess up for success when it relaunched Twinkies in 2013 to the delight of America. At the time, Twinkies made up 80% of the company’s production and it was producing one million a day. That year, the relaunched Hostess brought in $500 million and was able to achieve a 27% operating margin — not bad for a company that was drowning in debt not long before.

In 2016, Hostess debuted on public markets via SPAC with a market cap of $2.3 billion.

Today, Hostess Brands is a pretty solid company with shockingly consistent growth. It has taken in $1.25 billion in revenue over the last 12 months while maintaining a 17% operating margin and 10% net margin. It has achieved eight consecutive quarters of more than 9% year-over-year revenue growth.

Hostess likes to remind investors that it’s highly diversified across the cake segment. It has seen considerable growth in its cookie and sweet breakfast categories, however, at the end of the day it’s still a packaged cake manufacturer with a dependence on Twinkies.

As a big player in the packaged food industry, it’s currently having its moment in the sun due to the pandemic and the rising cost of food. Since the start of the pandemic, the stock is up 130%. During times of hardship, consumers double down on foods with long shelf lives to prevent losing money from spoilage. While I can see the appeal of pasta and canned soups, this argument may be a bit far-fetched when it comes to DingDongs.

This reality seems to be seeping through in the company’s latest quarterly report. While revenue was up 16% year-over-year, only 3% was caused by increased volume while the rest can be attributed to price increases due to inflation. While this is nice to see, as it demonstrates Hostess has pricing power and consumer loyalty, it doesn’t reveal the growing love for Twinkies for which we were hoping.

Due to the stock being pushed up, Hostess currently has a PE of 25, higher than we have ever seen before. I think investors and analysts are somewhat blinded by their belief in the packaged food trend and also a fondness for a brand that many would have grown up loving.

I am very impressed by Hostess’ rebirth, it is always nice to see a business come back stronger and more resilient. The company’s recent track record speaks for itself and a nearly one-hundred-year brand with phenomenal recognition cannot be understated. However, we cannot allow nostalgia to blind us to the fact that Hostess is still a packaged cake food brand that could fall out of favor during the next wave of diets. Competition for shelf space has never been hotter and the company’s new product pipeline is little more than wild iterations of existing products. I still see Hostess as too vulnerable to pay such a premium for its stock even if Twinkies seem to never go out of style.