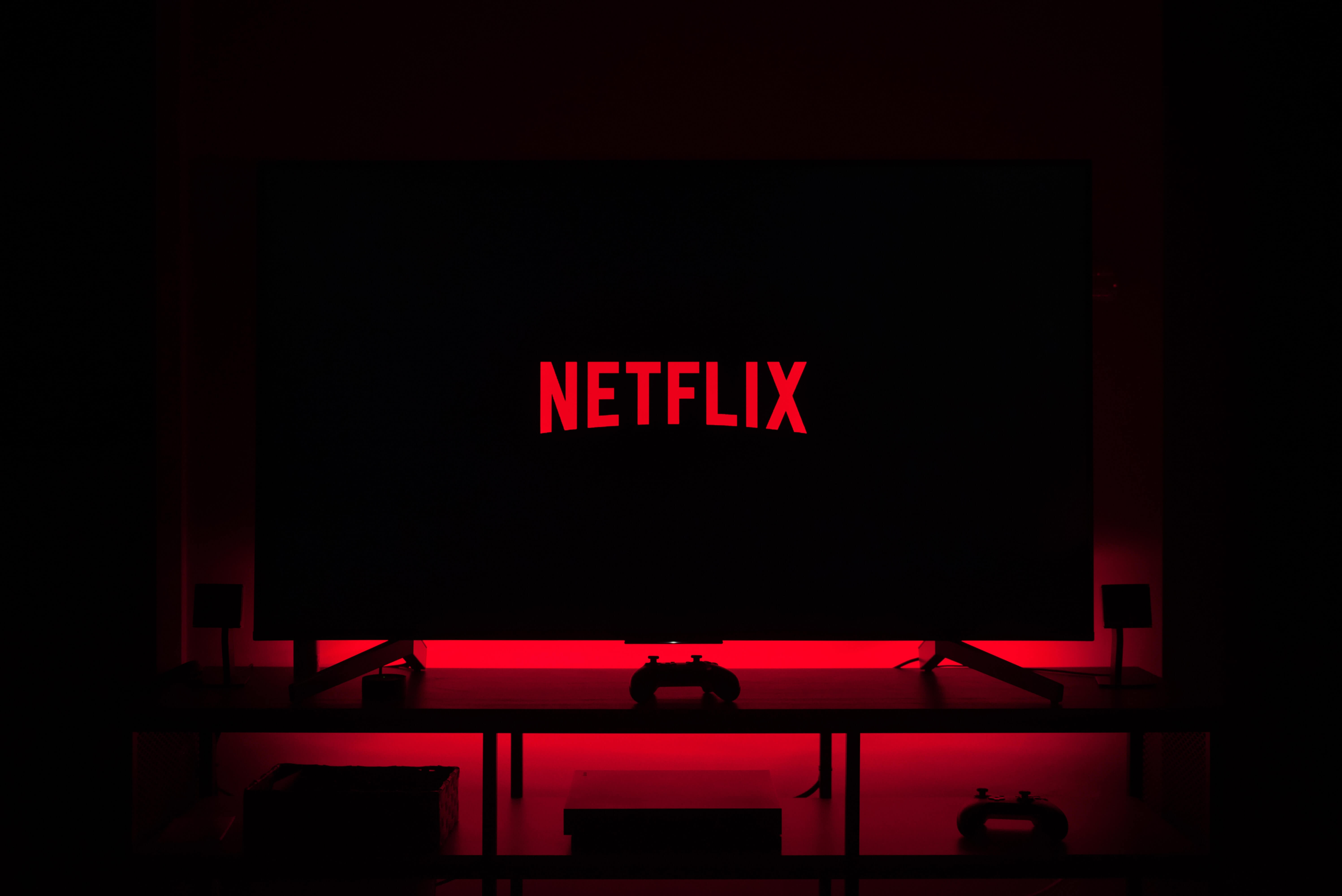 Netflix’s Timing for Ads is Perfect, Here’s Why

Off the momentum of last week’s earnings coup, in which it blew past all subscriber expectations, I wanted to dive a little deeper into Netflix’s foray into the world of advertising. We’ve been talking about it quite a bit recently, but let’s dig into the nuts and bolts and why I believe the timing couldn’t be better to get into ads. And, lest we start giving Reed Hastings too much credit, I’m not saying the streamer’s timing was intentional. In fact, it was a fortuitous life raft with an iceberg on the horizon, but as they say, it’s better to be lucky than good.

Before we get into it, let’s talk a bit about why Netflix was so reluctant to go ad-supported for so long. We’ve got to remember that this is the company that pioneered on-demand streaming. To make any inroads into the dominance of cable TV, it had to offer something completely different.  This meant binging and this meant ad-free TV. It’s baked into the ethos of the business and what has made it the company it is today. To U-turn on that is not an easy decision to make.

However, the streaming market today is very different from when Netflix was the one-man band on stage. With the proliferation of streaming services, a saturated domestic market, subscription fatigue, and a distributed content landscape that is starting to look an awful lot like cable TV, Netflix couldn’t rely on the tactics that brought it to prominence. It has to accept the realities of the market it created. According to a recent survey from The Trade Desk, 59% of Americans do not want to pay more than $30 a month total for access to streaming services. Cheaper options are no longer a nice add-on, they’re must-haves.

Of the nine major streaming services, seven have or are soon to launch an ad-supported tier. Behemoths Apple and Amazon are the only two holding out, and there are even rumors that they will soon turn to ads as well. The goal is no longer to prove the concept of streaming, people are already bought in. The goal now is to beat out other streamers and to do that it must meet customers on price. With Netflix charging $6.99 a month, it has parked itself right in the middle: 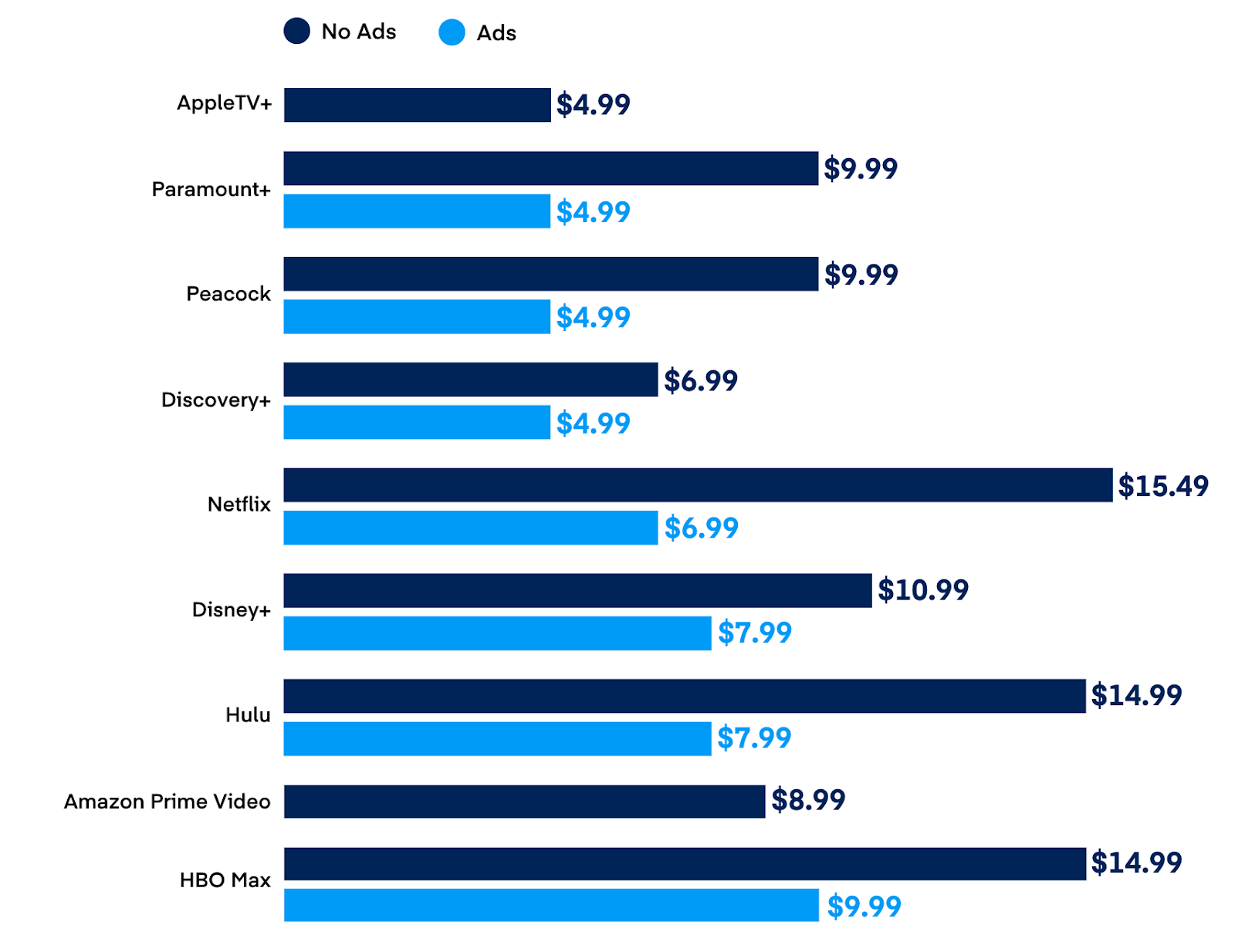 Connected TV Over Everything

According to data from Analytic Partners, streaming or connected TV is delivering up to 30% stronger return on investment (ROI) on ad spend than traditional advertising.

What makes this data even more impressive is that major channels like Netflix and Disney+ are yet to enter the market. The research firm estimates that connected TV advertising is currently making up only 7% of overall advertising budgets, yet with buyers likely already tightening their belts, brands will look to focus on the more efficient methods. Connected TV’s higher ROI, and the fact that Netflix and Disney+ are set to enter the market soon, could see this 7% figure rise dramatically over the next year. 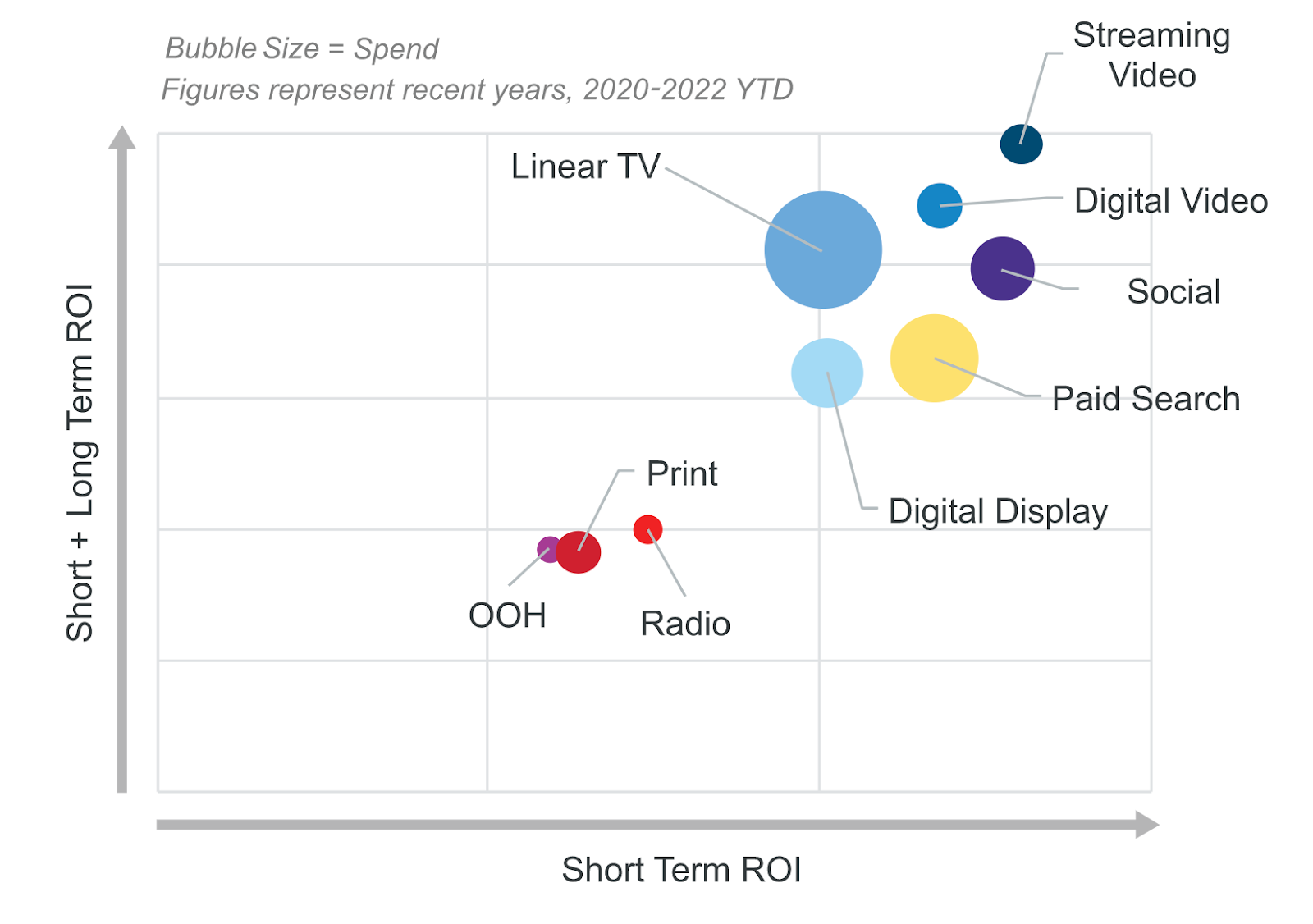 Another factor that could play a big role in connected TV’s growing popularity amongst advertisers is the downward spiral that social media has found itself in over the past year. While much of the attention revolves around Meta — and rightly so, I may add — the entire industry has seen its valuation destroyed as it comes to terms with the long-standing impact of the iOS14 update that put paid to its tracking practices. Snap, Meta, and Pinterest have lost over $800 billion in value between them since their 2021 peak. While there are, of course, other factors at play here than just Apple’s software update, there is no denying its impact.

Connected TV’s burgeoning ad play comes at a time when there is a huge gap in the market for a new entrant to make an impact. While we are still early on in this movement, and that 30% ROI figure needs to be fully vetted, advertisers are crying out for an efficient way of targeting users. Streaming could give this to them and no platform is set to benefit more than Netflix.

To be sure there are a lot of kinks to be ironed out, and until its launch date on November 3, this is all just speculation, but I really believe that its advertising efforts could breathe new life into Netflix. I’m excited to see how it plays out for the coming year.