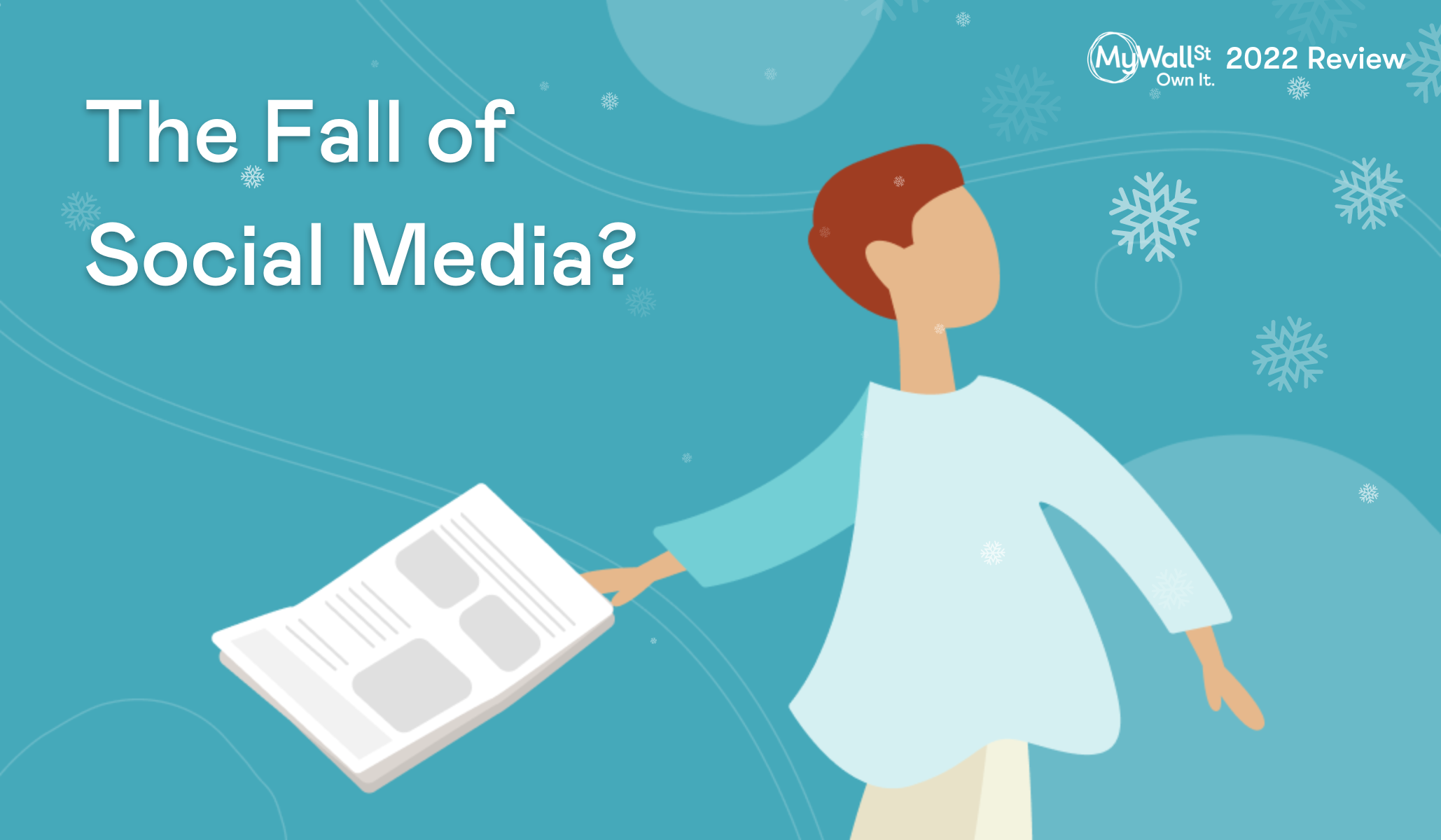 The Fall of Social Media?

Few industries garnered as many headlines as social media this year. The continued rise of TikTok, the ongoing effects of Apple’s infamous iOS 14 update, and the rise of Elon Musk as an almost cartoonish villain on Twitter all forced it to the forefront of every media outlet across the globe.

MyWallSt was no different, and our analyst team diligently and deftly addressed many of these stories as the year unfolded. Here are some of the very best:

Ok, so we’re cheating a little bit here. This article was actually published this time last year, as we took a look back at the insanity that was 2021. However, it really sets the tone for what turned out to be a strange year for social media. Anne Marie takes a look here at how the social media landscape was changing before our very eyes, driven by the difficulties in monetizing the private online sphere.

“It would appear young people are confirming what we knew all along: Facebook and Instagram are super boring. Just because you know someone, doesn't mean they’re going to create content worth consuming. Hence, Gen Z’s blasé use of Instagram and almost nonexistent use of Facebook.

Now, what does all this mean for social media companies moving forward? Well, it really changes the whole game…”

Fast forward to February and Mike gave us a delightfully informative piece on the various wrongdoings of Facebook. He looks at a whole host of allegations, including the company “fanning ethnic violence,” downplaying the effect of Instagram on the mental health of teenagers, and even a facial recognition scandal — and that’s only scratching the very surface.

“The actions listed above — or more accurately inactions — indicate a pattern of behavior that is entrenched in the “values” of the company, and it’s clearly coming from the very top. With 58% of the voting share as of last year, Mark Zuckerburg’s power over the direction of the business is unique for a company so large…”

We could only hold off on mentioning a certain CEO for so long when it comes to social media in 2022. Elon Musk — whether you love him or hate him — dominated the headlines in the latter half of 2022. Little did any of us know when this piece got published in April of the chain of events that would follow surrounding Musk and Twitter.

Rory detailed Musk’s ascension to becoming Twitter’s largest shareholder, and speculated on what the future would hold for their burgeoning relationship. I’m sure he didn’t expect to still be writing about them eight months later on a near-weekly basis!

“Having followed him closely for nearly a decade now, it's becoming increasingly clear that his primary motivation is staving off boredom through large-scale chain yankery. What that could mean for Twitter’s shareholders, its management, its employees, or its users, is anyone's guess…”

In a direct follow on from the first article we mentioned today, Anne Marie received some vindication for her forecast surrounding social media for the year. Of the three main predictions she had made, two had already come true — and we hadn’t even closed out April yet!

She examines the demise of some of the old guard, while detailing the meteoric rise of a new pretender to the throne — BeReal.

“For now, I think advertisers and investors interested in following their money should look at the entertainment side of social media. With the dismantling of targeted advertising, we really are back to the ‘Mad Men’ days of narrative and creativity. Except for this time, it’s not in print or on TV, it's on TikTok, and you need to reference the latest meme. Some companies pull this off surprisingly well…”

In her own words, “Hello again and welcome back to Anne Marie’s social media musings.” This time, Anne Marie takes aim at Pinterest and how it was trying to upset the known dynamic in the world of social media by taking on Instagram in the realm of photos. With the Meta-owned platform pivoting hard towards video in an attempt to keep up with TikTok, a door had potentially unlocked, and Pinterest was looking to blast it open.

“That being said, teenagers tend to set social media trends and they seem excited to be away from Instagram’s cheuginess. In the last few months, Instagram’s frantic adjustments to TikTok’s influence smell of desperation and that’s never cool.”