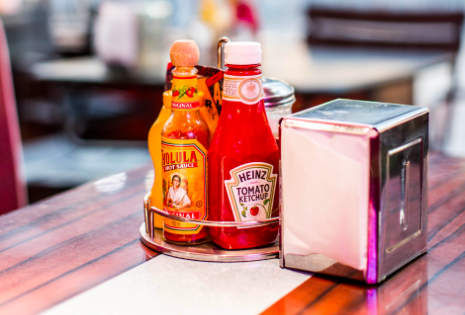 Even The Best Get It Wrong Sometimes...

I was once told that it takes up to twenty minutes for a fully loaded oil tanker to come to a complete stop. That’s one of the reasons that we still see tankers crashing despite great advances in mapping technology.

In 2015, one of the largest food companies in the world was formed with the merger of Kraft and H.J. Heinz. The combined entity would have around $28 billion in combined annual revenue and would control dozens of brands that had been a staple of the American household for generations — Heinz Ketchup, Jell-O, Oscar Mayer, Planters and Kraft cheeses.

Moreover, behind the deal was the brightest minds in business - a joint venture by Brazilian-based investment firm 3G Capital and the Oracle from Omaha, Warren Buffett.

3G had a history with this kind of deal before. In 2008 they had helped create Anheuser-Busch InBev after orchestrating the takeover of the Budweiser parent-company. In 2010, they took Burger King private before teaming up with Buffett to purchase Tim Hortons and merging the two chains into Restaurant Brands International. And in 2013, 3G and Buffett had bought H.J. Heinz.

3G had a fairly simple but effective strategy. They acquired businesses, aggressively cut costs, “created synergies”, and bundled everything up into a new, more streamlined offering. In terms of Kraft and Heinz, it looked like this made sense. Collectively the businesses were almost 250 years old. Surely these bloated dinosaurs of industry could do with a little trimming around the edges to compete in the 21st century.

They even made an audacious bid to buy another consumer packaged good giant — Unilever — for $143 billion but got rebuffed.
Well, as we know now, things did not go as planned. The combined company has lost about 70% of its value in the almost 5 years since the merger, with billions of dollars of shareholder value destroyed. Over the course of one day last year, it’s estimated that Buffett’s Berkshire Hathaway lost $4.3 billion on Kraft Heinz stock.

As is usually the case, it wasn’t just one thing going wrong. The robust cost cutting led to Kraft Heinz having the best margins in the industry, but mass layoffs (including of personnel with decades of valuable experience) left the subsidiary businesses demoralised and under-resourced. 3G’s “zero-based budgeting”, which requires managers to justify their entire budget every year, meant hiring and R&D came to a screeching halt.

In a time when competitors were investing heavily in new products or acquiring smaller players to expand their brand portfolios into more healthy and organic options, Kraft Heinz remained stagnant. Sales of the legacy brands began to soften and suddenly their value was being greatly written-down from the balance sheet. The cuts to R&D meant the company missed out on major consumer trends that competitors had invested heavily in, like plant-based meat.

A new CEO was brought in in June last year and has attempted to shift focus to eliminate inefficiencies rather than simply cutting costs. However, the business still looks like it’s in a lot of trouble, with consumers seeking out healthier alternatives in a world where e-commerce means shelf-space is far less important than it was twenty years ago. Private-label alternatives have also taken their toll with Kroger, Whole Foods, and even Target getting in on the action.

Today Kraft Heinz could be an incredible bargain if new management can successfully right the ship. However, sometimes when such a big company goes even slightly off course, it can become almost impossible to prevent a complete disaster.