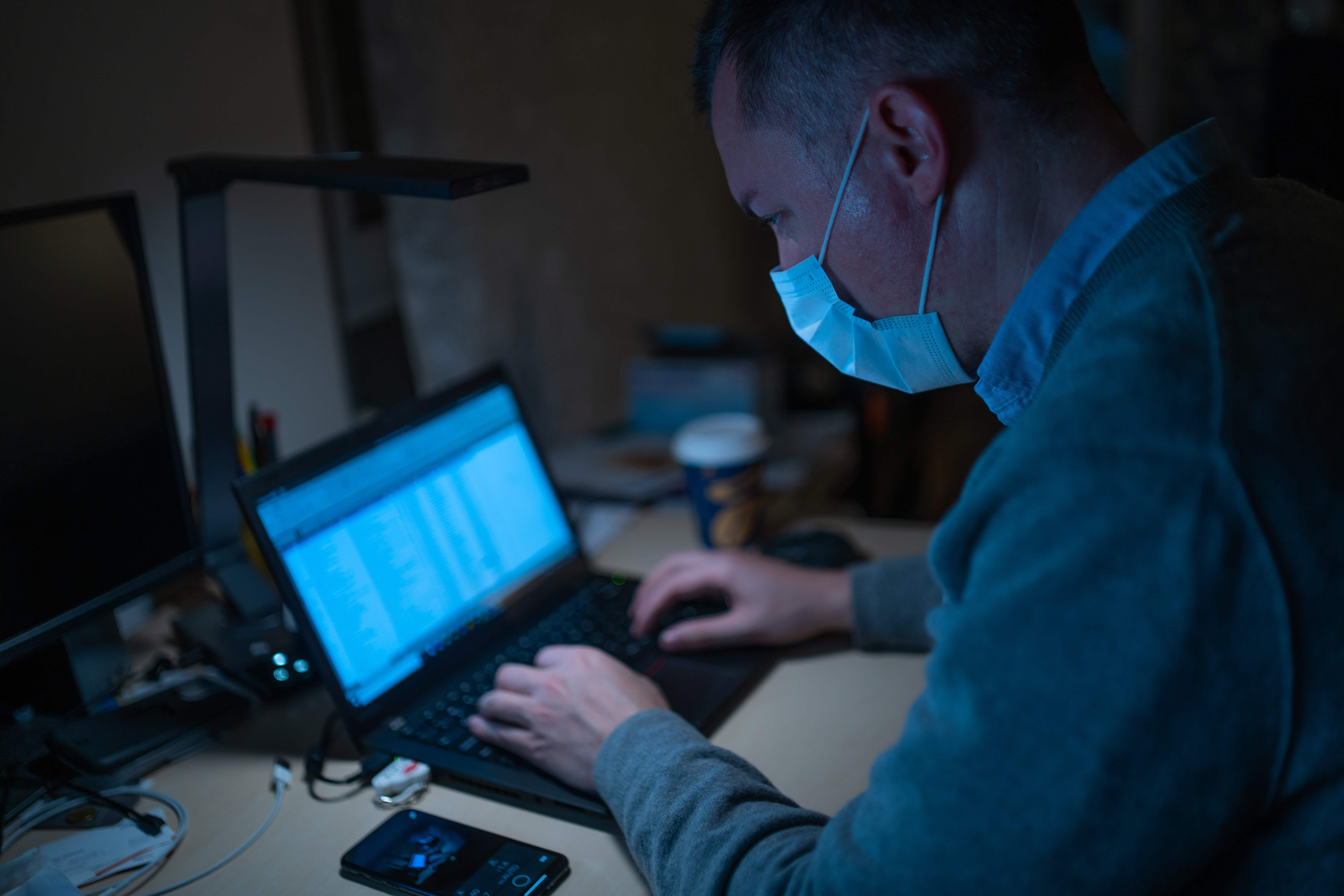 It’s been a bit of a bloodbath on Wall Street this week, with the Dow falling 2,650 points thanks to heightened coronavirus fears.

Is the market collapsing?

It would be a big stretch to say that a market collapse is on our hands, but it certainly has felt that way. Monday was a bad start to a week which has only gotten worse. The S&P 500 has slipped into negative growth for the first time in 2020, as the Dow had its worst one-day decline in history on Thursday. The market is now on pace for its worst weekly performance since the 2008 crash. The travel sector is among the worst-hit sectors, with airlines such as Delta in freefall this week. Meanwhile, an unusual victim of the virus is Constellation Brands, owner of Corona beer, which has seen its stock fall more than 15% this week by sheer name-association. There has been upside for some companies though, as remote-based brands Zoom and Teladoc, which find themselves up 14% and 20% respectively, as more people opt to stay at home in order to avoid contracting the virus. This could signal the start of an ongoing upward trend for remote-tech companies. Perhaps even Slack will benefit from this?

It is estimated that the coronavirus could cost the global economy between $1 trillion and $3 trillion in 2020.

The man behind Disney’s arguably greatest ever era shocked the world on Tuesday by announcing his immediate resignation as CEO.

Who will replace Bob Iger?

“I don’t want to run the company anymore,” was what Bob Iger told CNBC, mere hours after announcing he would be stepping down as CEO, to be replaced by Disney’s Parks chairman, Bob Chapek. Iger will take up a ‘creative executive’ role until he officially leaves the company on December 31, 2021. The announcement came on Tuesday night after a tough day for the ‘happiest stock on Earth’, which saw its share price fall nearly 4% amid coronavirus fears. Iger took over Disney in 2005 at a time when the House of Mouse was struggling financially and creatively. It was under Iger that Disney began its inexorable march towards world domination, taking giant brands like Pixar, Marvel, Fox, and Lucasfilm under its wing to dominate cinema in recent years, as well as giving it a platform to launch its ‘Netflix-killer’, Disney+. Chapek will have big shoes to fill, and with any luck, he can achieve even half of what Iger has.

Every year, the ‘Oracle of Omaha’ Warren Buffett delivers a letter to shareholders regarding his firm, Berkshire Hathaway.

What were the highlights?

There was a curious amount of people at MyWallSt HQ squirreled away in corners on Monday this week, reading something on their computer screens intently. I found this unusual, as we normally don’t actually do any work here. Turns out, everyone was reading over Warren Buffett’s letter to shareholders which coincided with Berkshire’s full-year 2019 earnings. The company posted net earnings of $29.2 billion in the year, up from a loss of $25.4 billion a year earlier, and while Berkshire made no major acquisitions in 2019, it did buy back a record $2.2 billion of its stock last quarter. Buffett also revealed that he had finally traded in his $20 flip-phone for an iPhone 11, and referred to Apple — his largest single holding — as “the best company in the world.” On a slightly morbid note, Buffett, who is 89, told shareholders that Berkshire is “100% prepared” for his death, albeit with his usual grace and humor.

Despite having massive success and a net worth of nearly $4 billion by then, nearly 94% of Warren Buffett’s wealth came after the age of 60.

There were a number of earnings reports released this week from members of the MyWallSt stock family.

How did they do?

American Tower reported fourth-quarter earnings on Tuesday, with EPS of $1.26 on revenue of $1.92 billion versus $1.02 on revenue of $2.13 billion in the same period last year. The lower-than-expected revenue comes amidst heavy investment in a new 5G infrastructure.

SaaS company Autodesk reported on its fourth-quarter on Thursday, coming out with quarterly earnings of $0.92 per share on top of revenue of $899.30 million, increasing year on year and beating estimates. Autodesk shares have added about 3.9% since the beginning of the year versus the S&P 500's decline of -3.5%, as it continues to be a stalwart of the software industry.

Travel-commerce firm Booking Holdings came out with quarterly earnings of $23.30 per share on revenue of $3.34 billion, up 5% year on year, and beating earnings expectations by nearly 2%. Booking Holdings shares have lost about 15.9% since the beginning of the year versus the S&P 500's -3.2%, while guidance was lowered as the travel sector suffers from coronavirus panic.

Artisan e-commerce specialist Etsy reported a net income of $31.3 million, or $0.25 per share, with revenue up 35% year on year to $270 million. Etsy stock is down nearly 30% over the last 12 months as it faces stiff competition from more established e-commerce giants such as Amazon.

Shares in Intuit Inc. fell nearly 4% on Monday despite an earnings beat of $0.91 per share on top of revenue of $1.7 billion, showing year on year growth of more than 13%. The company also announced the acquisition of Credit Karma for $7.1 billion.

Digital payments leader Square reported an earnings rise of 64% to $0.23 per share on net revenue of $1.31 billion, which beat expectations. For fiscal 2020, guidance came in at $5.9 billion to $5.96 billion. Square has been gaining ground in 2019 on its main competitor, PayPal’s Venmo, with users growing 60% to 24 million.

Remote-medical software firm Teladoc company came out with losses per share of $0.26 on revenue of $156.49 million, beating analyst expectations of a wider loss. Teladoc shares have added about 41.4% since the beginning of the year versus the S&P 500's decline of -3.2%, as coronavirus fears force potential victims into quarantine.

California-based Trade Desk saw earnings per share rise year on year by 37% to $1.49, while revenue rose 35% in the same period to $215.9 million. "In the coming year, we will continue to make aggressive investments in high-growth areas such as Connected TV, data, and global expansion,” Chief Executive Jeff Green said in a press release.

There are nearly 1,900 Planet Fitness locations in five different countries, and in all 50 U.S. states.

I usually like to reserve this final section of the Five on Friday for more light-hearted, fun stories to balance out all the doom and gloom in the world. But alas, this week, there will be no heart-warming tale, but a tragedy of Shakespearian proportions. For you see, here at MyWallSt, the market’s troubles, the threat of a deadly virus, and all-round poor Irish weather were not the worst things to happen this week, no. This week, the CDC announced that it is time to shave our beards! As you can see from the graph above, some beards are more acceptable than others. Bottom line: Most beards, and a few mustaches, prevent protective face masks from making a complete seal against the skin. The majority of the men here at MyWallSt sport the ‘long stubble’, or ‘full beard’ look, but they are likely to be culled soon (the beards, not the men). I foresee a dark, beardless day at 5 Merrion Row, a day where the laughter finally stops.

Will we have holdouts?

It is very possible that some of the more stubborn among us will refuse to give up their prized beards, our co-founder and COO JT among them as his beard is quite crucial to his overall Walter White look. It may take a team of hazmat suited police to truly shave MyWallSt’s residents, should the company make it mandatory on health and safety grounds.

A 2019 study found that men are 25% more likely to have dangerous microbes in their beards than the average dog.