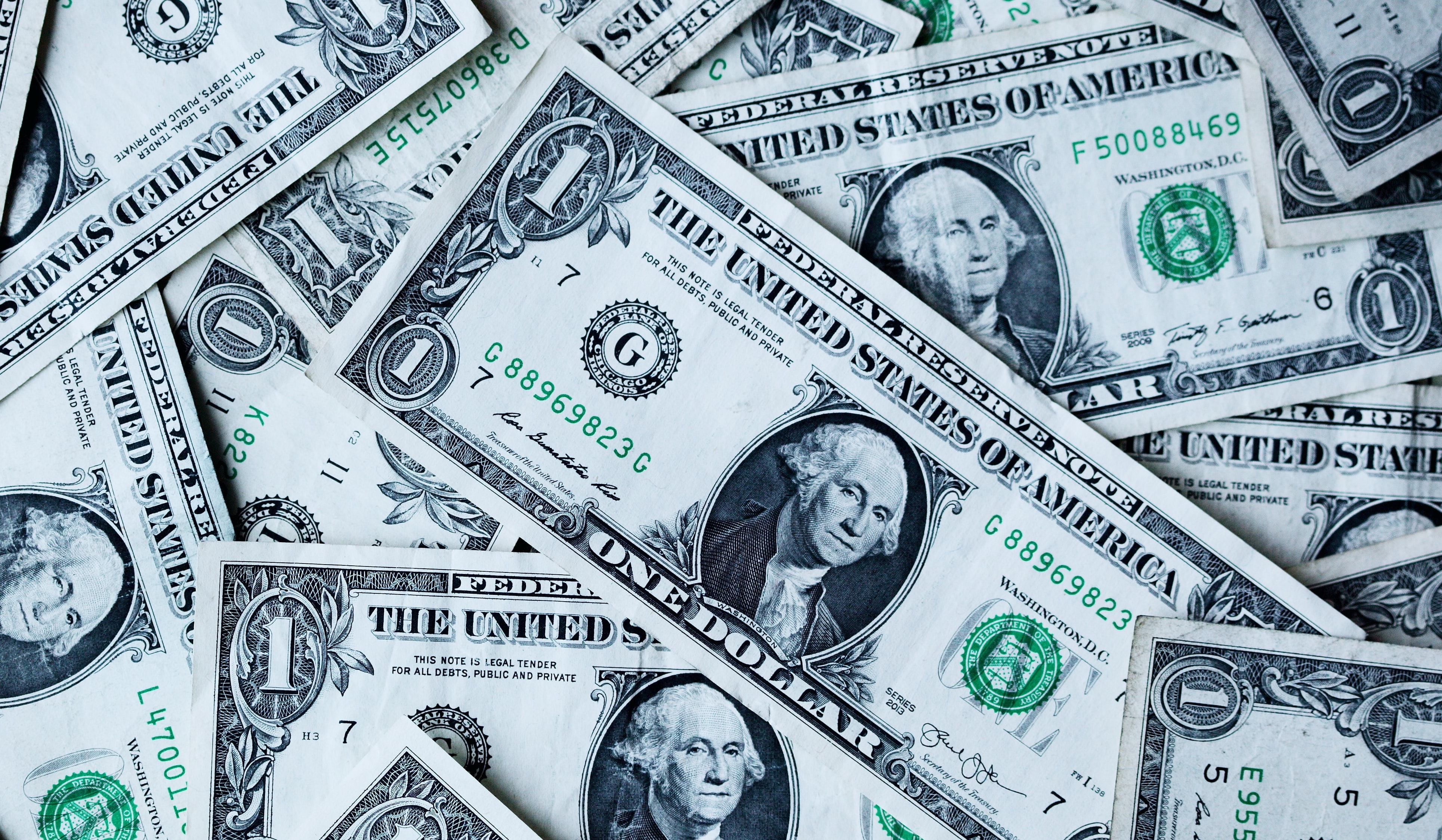 Is A Recession Inevitable?

On Tuesday, the Federal Reserve slashed interest rates by half a percentage point in a bold attempt to boost the U.S. economy amidst coronavirus fears.

Did the cut work?

In short: no it didn’t. This was the first and largest unscheduled emergency rate cut since the 2008 economic crash. Fed leaders believed it was wise to move quickly as concerns mount about the plunging stock market and severe disruption in every major economy, with recession fears spiking in the U.S. However, what the Fed appears to have misunderstood is that consumer spending is not an issue right now, supply and production demand is. In a see-saw week for the market, Tuesday was among the worst days so far as the Dow fell nearly 800 points amidst a wider market sell-off. The issue now is that schools and offices may soon shut down, spending may be cut as people are forced to isolate themselves, with a sharp pullback that could derail what had previously been steady economic growth. The Fed’s extraordinary action on Tuesday did little more than stoke the fires of fear, raising alarms that things are actually deteriorating faster than expected. In reality, we’re in for a bumpy ride over the coming months and there’s no point trying to predict what could happen.

The all-time low Federal interest rate was a range of between 0.0% and 0.25% in December 2008, during the Great Recession.

Billionaire founder of hedge fund Elliott Management, Paul Singer, has pushed for the removal of Jack Dorsey as Twitter CEO after building a big stake in the microblogging company.

Why does he want Dorsey out?

It was confirmed this week that Paul Singer’s firm has a more than $1 billion stake in the $27 billion social media site Twitter. Elliott has nominated four new board members but expressed concerns regarding CEO Dorsey splitting his time between running both Twitter and his financial technology firm Square. On top of this, Dorsey’s desire to move temporarily to Africa — which has already divided opinion among analysts — is another issue at hand in Elliott’s aim to oust him. An absentee CEO is not exactly something to covet. However, Tesla and SpaceX CEO Elon Musk has stepped in to support Dorsey, with a rather cute tweet stating: “Just want say that I support @Jack as Twitter CEO. He has a good ❤️.” I like to think that these ‘world-changing thinkers’ all have a little club or support group where they meet, hang out, drink beer, and laugh about Adam Neumann. Ok, it’s possible that I just described the Illuminati...

The idea for Twitter came from Dorsey’s childhood obsession with police scanners, which allowed cops on the beat to constantly report their location and where they were going.

Apple has agreed to pay up to $500 million to settle litigation against a consumer class-action suit accusing it of quietly slowing down older iPhones when it launched new models.

Does this set a precedent?

Apple’s tactics of deliberately slowing down older models to force consumers to buy new iPhones will no longer plague our society. The half-a-billion-dollar settlement still requires approval by a U.S. District Judge in California, but remains a massive win for consumers around the world. The deal calls for Apple to pay consumers $25 per iPhone, which may be adjusted up or down depending on how many iPhones are eligible, with a minimum total payout of $310 million. Apple denied wrongdoing and settled the nationwide case to avoid the burdens and costs of litigation, court papers show. However, the result shows that tech companies cannot get away with these kinds of underhanded tactics anymore. Sure, $500 million is but a drop in the water for Apple, but now that the precedent is set, consumers are more aware and know that they can take the fight to Big Tech.

In 2009, Nokia sued Apple for essentially stealing its products to create the iPhone and settled for Apple to pay licensing fees. If this is true, why didn’t Apple also steal Nokia’s capability of making indestructible phones?

It seems like earnings season has been going on forever, with more MyWallSt stocks reporting this week, including Costco and Nordstrom.

How did they do?

Alcohol giant Brown-Forman reported third-quarter fiscal 2020 results that missed estimates, with EPS of $0.48 on top of net sales of $899 million. However, underlying sales for its premium bourbon brands, including Woodford Reserve and Old Forester, grew 22%, showing that its upper-tier products still have some bite in them.

Retail giant Costco reported net sales of $38.26 billion with earnings per share of $2.10, beating expectations on both the top and bottom lines. The stock had gained 8% for the year, crushing the broader market, which has lost 6% on the year, while investors will be expecting a boost in sales this quarter due to coronavirus-related panic spending.

Family-owned retail giant Nordstrom missed analysts’ estimates, with EPS coming in at $1.42 on top of revenue of $4.54 billion. The company also announced that Erik Nordstrom would become sole-CEO, while brother Pete, who was previously co-president with Erik, will become sole-president and brand manager.

Warren Buffett-backed StoneCo topped fourth-quarter estimates on Monday with revenue growth of 48% YoY to $782.9 million. CEO Thiago Piau was pleased with the report, and stated: “We believe we had a great year, but we are focused on making 2020 and beyond even more special for our clients and as a consequence for our long term shareholders.”

MyWallSt’s February Stock of the Month, Veeva Systems, came out with quarterly earnings of $0.54 per share, beating analyst expectations, on top of revenue of $311.51 million. Veeva has now topped consensus revenue estimates four times over the last four quarters and is confident with its guidance for 2020.

Zoom Video Communications reported net income of $15.3 million, or $0.05 a share, on top of revenue of $622.7 million, up 88% year over year. However, the company’s recent fantastic run, due to coronavirus fears, came to an end on Wednesday as the general market sell-off proved too strong a factor.

Costco is the second-largest retailer in the U.S. behind Walmart, has a holiday travel site, sells cars, and nearly 200,000 rotisserie chickens per day; but it doesn’t sell tobacco.

One of the first rules of investing is to know the market. Normally, this entails understanding the company you’re investing in or keeping up with its financials, stuff like that. Trading app Robinhood, however, needs to go back to the very basics and factor in leap years. Reportedly, an app-wide crash that lasted all day Monday and part of Tuesday was caused by the software not recognizing February 29 and prevented thousands of investors from trading on the historic market rally which took place Monday. The official cause given was “stress on Robinhood’s infrastructure”, but I like to think they’re saving face because they couldn’t code in a proper calendar. Robinhood was last valued at $7.6 billion after a Series E funding round last year led by DST Global. It won’t be valued too highly when a pitchfork and torch-wielding mob of disgruntled investors shows up outside its head office.

How did customers react?

It was hard not to go on Robinhood’s Twitter account and enjoy the hilarity which unfolded. One user ingeniously wrote: “Robinhood taking that whole “disrupting” trading thing a little too literally”, while another, more serious user requested that Robinhood reimburse the monetary value of everyone’s account to last week before the sell-off. I bet we all wish we could do that.

If Robinhood users thought they had a bad week, they should look at the world’s 500 richest people, who lost a combined $444 billion last week. Ok, maybe we don’t feel that sorry for them...