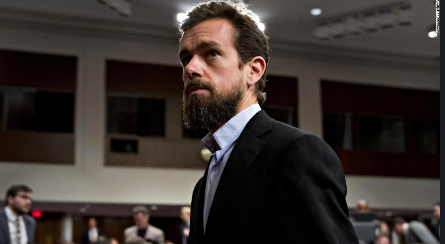 I bought a pair of AirPods last month. There's no volume control. Siri is useless. You can't set Spotify as the default music player (something Alexa and Google Assistant have had for years). And every time someone talks to me I have to take one out and hold it in my hand throughout the whole conversation cause I don't know where to put it.

But I love them. I haven't quite figured out why yet but there's something about the design of AirPods that makes me excited every time I use them. I've found myself using them so much more than any other pair of earphones I've ever bought, which, thanks to the clever charging case is possible. So I'm not at all surprised that Apple's wearables segment grew 54% this quarter, now representing 10% of overall revenue, and will soon overtake the Mac (it's already bigger than the iPad). I'm quite upset that I didn't wait for the AirPod Pros which I assume will be a big holiday seller this year.

Anyway, onto the Insight.

There have been shots fired in the ongoing debate about political advertising. Yesterday, Twitter CEO Jack Dorsey announced they would ban all political ads on its platform worldwide.

The move comes just one week after Congress took turns beating down on Facebook CEO Mark Zuckerberg, who said his company will not fact-check political adverts.

"We've made the decision to stop all political advertising on Twitter globally", Dorsey tweeted. "We believe political message reach should be earned, not bought."

The thread laid out some of the difficult challenges Dorsey believes have emerged in the internet age.

Though he didn't mention Zuckerberg by name, Dorsey was not too subtle in attacking the Facebook CEO's defense of their policy.

The tweet was posted about an hour before Facebook held its quarterly conference call (I'm sure that was just a coincidence). Asked about whether Facebook would consider following suit, Zuckerberg said he would continue to assess "whether we should not carry these ads".

This, I think, was a brilliant move by Twitter. The company will say this is about principles (and perhaps there is some truth to that), but really it's what Ben Thompson calls a "strategy credit".

"Strategy Credit: An uncomplicated decision that makes a company look good relative to other companies who face much more significant trade-offs."

Thompson, when coining the term, used the example of Apple's commitment to customer privacy. That decision removed Apple from the court of public opinion when it came to privacy concerns, and separated it from the likes of Google and Facebook. However, user data was not very important to Apple's business model, so choosing not to farm it like their big tech rivals was a pretty easy decision.

In the case of Twitter, we know this isn't a decision based on money. Twitter CFO Ned Segel yesterday tweeted that Twitter brought in about $3 million in revenue from the 2018 midterm election cycle. The company made over $3 billion in revenue that year. The fact is, politicians, don't really advertise on Twitter and the small number of sales they do get is just not worth the hassle (corporate lawyers aren't cheap). Meanwhile, Facebook has taken in $857 million on political and issue-based adverts since May 2018, and Google brought in $122 million from ads featuring politicians holding or seeking federal office during the same period.

Already on Twitter business leaders are being called out to respond to the announcement.

There will be more hearings on the matter of social media's role in politics. However, I doubt Jack Dorsey will be at them. More likely, his tweet will be read out to Zuckerberg and Sundar Pichai, and then someone will say, "Don't tell us everyone else is doing this. You're doing this. Now, what are you going to do to fix it?".