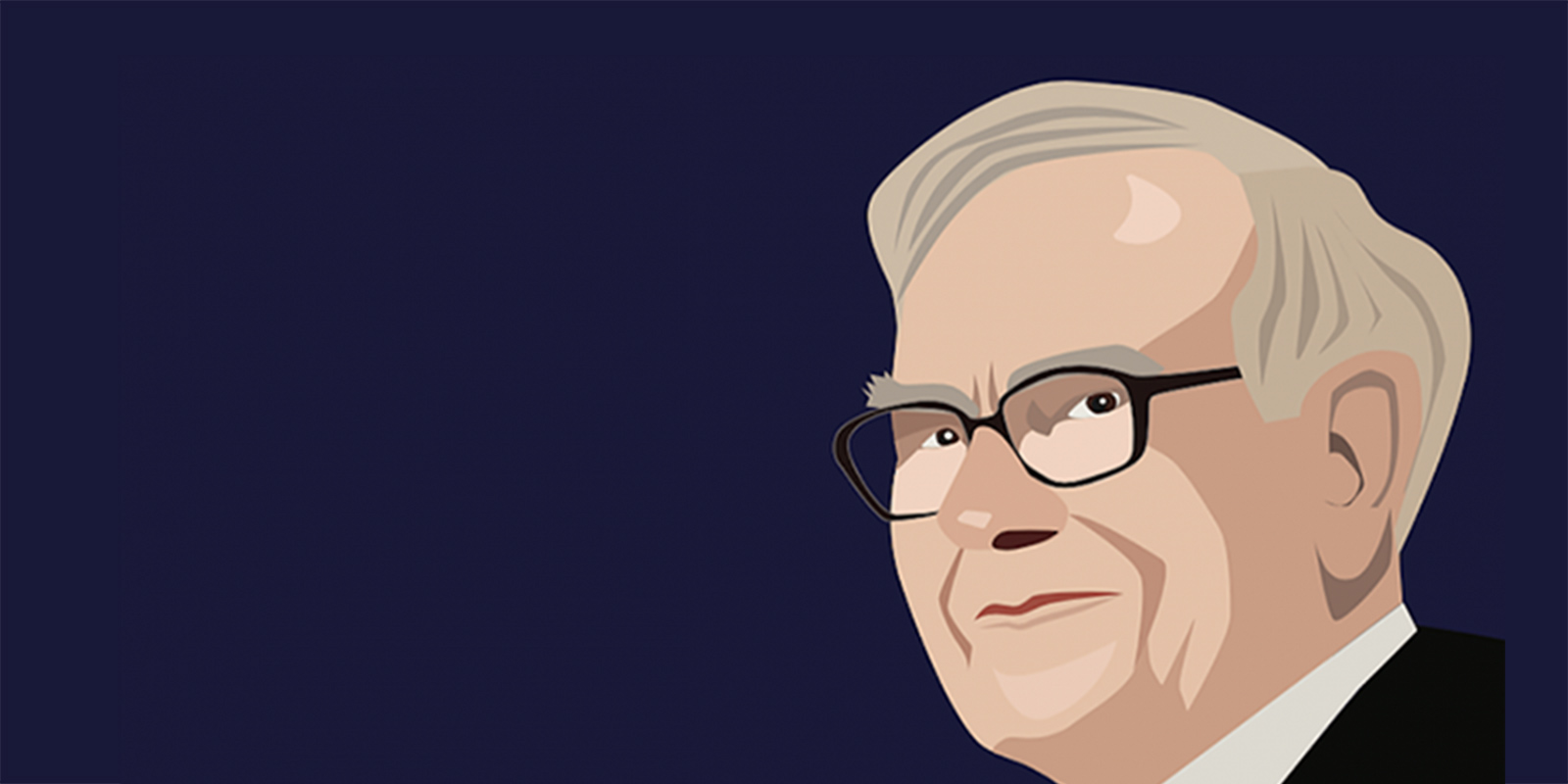 Warren Buffett streamed his annual Berkshire meeting on Saturday and had some sage advice for investors: bet on America, but not on airlines.

What did the ‘Oracle of Omaha’ have to say?

“Never bet against America”, was the key takeaway from Buffett’s much-anticipated Berkshire AGM. Had he been talking about the FIFA World Cup, I’d have advised you to ignore him, but he meant the U.S. economy, and when the greatest investor of all time talks about that, you sit up and listen. However, even if you should never bet against America, you should bet against airlines, American or otherwise, according to Buffett. The main man has dumped his entire $4 billion stake in the airline industry, stating that the world had now changed for that sector. The ‘Big-Four’ airlines — Delta, American, Southwest, and United Airlines — understandably saw their share price dip following the announcement. In regards to Berkshire itself, the company reported a massive $50 billion loss due to the pandemic. Buffett remains optimistic that the U.S. economy will bounce back, but warned that "anything can happen in terms of markets."

Although there were no attendees this year, 2019’s annual Berkshire meeting drew in a record 40,000 visitors.

The ‘House of Mouse’ reported quite a mixed bag of results for its Q2 2020 earnings call after the bell on Tuesday.

What’s the damage at Disney?

Do you ever have a day that you need to get so much done that you have no idea where to start and just kind of freeze up? Well, that was me reporting on Disney this week. Let’s start with its earnings, because the ‘Happiest Place On Earth’ certainly wasn’t smiling in Q2. Profits fell 90%, with EPS coming in at $0.60 on revenue of $18.01 billion, compared to expectations of $0.89 on $17.80 billion. Disney has a conglomerate problem in that its sheer size has enhanced its exposure to a pandemic that has already cost it more than $1 billion this year. Its parks business, content creation, ESPN, and cruise lines are bleeding money right now as the coronavirus forces each to a standstill, causing company stock to fall more than 30% since the start of the year. On the bright side though, Disney+ did pull in a whopping 54.5 million subscribers since its launch last November, the company will consider the release of new films on a case-by-case basis, and its Shanghai park will reopen on May 11.

It is widely known that Disney employees smile a lot, but did you know that it’s actually a requirement in their code of conduct. Smile and wave boys, just smile and wave…

I doubt Amazon is looking over its shoulder just yet, but Shopify certainly represents a new breed of e-commerce company that is flourishing under pressure.

Can anything stop Shopify?

What else is there to say about Shopify? It is the e-commerce industry's Sleeping Beauty to Amazon’s Wicked Witch, its stock rising close to 2,300% since its May 2015 IPO. Shopify smashed all earnings estimates out of the park this week with a 210% increase in adjusted earnings per share to $0.19 on revenue of $470 million — a 47% rise year-on-year. The company also reported a 34% jump in subscription revenue, while merchant solutions shot up 57%. The increase comes as more and more brick-and-mortar businesses pivot to online retail in a bid to combat COVID-19 restrictions. Though not yet Amazon’s direct competitor, this could soon change. Shopify’s recent launch of its ‘Shop’ app allows customers to access a searchable feed of products from its merchants and has integration with Shopify’s parcel tracking and checkout services. Sound familiar? What’s next? Shopify Web Services anyone?

It is estimated that by 2040, 95% of all consumer purchases will be online. That means there’s plenty of market share to go around.

It was another busy week of earnings here at MyWallSt, with plenty of mixed results all around.

On to the small matter of earnings…

It’s a good time to be a video game-maker, as evidenced by Activision-Blizzard’s 21% jump in net bookings to $1.52 billion, with EPS coming in at $0.65. The ‘Call of Duty’ maker has since revised its full-year revenue guidance from $6.45 billion to $6.8 billion.

Travel site Booking Holdings fell afoul of the sector-wide shutdown, reporting a Q1 loss of $699 million, or $17.01 a share. CEO Glenn Fogle remained upbeat, however, assuring investors that the company was reducing costs and has a strong balance sheet going forward.

Education stock Chegg came out with an earnings beat of $0.22 per share on top of revenue of $131.59 million, up 35% YOY. Following the report, shares in Chegg shot up more than 32% on its best-ever single-day of trading on Tuesday.

Vintage reseller Etsy revealed an EPS miss of $0.10 on top of a 35% revenue increase YOY to $228.06 million. Despite active buyers increasing to almost 48 million, the company was forced to pull full-year guidance due to the pandemic.

In what should come as no surprise to long-term investors in GoPro, the company posted a loss of $41 million for Q1, and a gross margin rate of 34.2% of sales. "We've taken decisive action to transition into a more efficient and profitable direct-to-consumer business," said GoPro CEO Nicholas Woodman.

Often regarded as ‘the Amazon of Latin America’, MercadoLibre reported a strong first quarter with losses per share of $0.44 on top of revenue of $653.9 million. The company indicated that the worst of COVID-related problems had passed for the business.

PayPal felt the sting of COVID-19 in Q1 with an earnings miss of $0.07 per share on revenue of $84 million. However, the company reassured investors that Q2 has been successful so far, and that May 1 was its highest volume transaction day ever.

As public gyms around the globe remain closed, Peloton has reaped the rewards, with revenue soaring 66% to $524.6 million. The company also doubled its subscriber base to more than 2 million, and updated its revenue forecast for the year to between $1.72 billion and $1.74 billion.

Pinterest losses per share came in at $0.10, while revenue jumped 35% YOY to $272 million. The rise in ‘stay-at-home’ restrictions has also seen the company boost its user numbers, which have reached 367 million.

Roku’s exposure to growing streaming competition led to it beating expectations with a net loss of $0.45 per share on revenue of $320.76 million. Streaming hours came in lower than expectations, however, at 13.2 billion hours versus expectations for 13.6 billion hours.

Jack Dorsey-owned Square saw losses more than double in the first quarter, posting a deficit of $106 million, or $0.24 per share. The company has been forced to dip into its reserves as merchant transactions plummet amid coronavirus-related closures.

Texas Roadhouse missed Q1 earnings and revenue estimates as the restaurant sector continues to reel from the widespread shut-down of the global economy. It came out with EPS of $0.23, down 42.50% YOY, on top of revenue of $652.52 million.

The Trade Desk reported adjusted earnings of $0.90 per share on revenue of $160.7 million — up 33% year-on-year. Despite pulling guidance for Q2, Chief Executive Jeff Green was optimistic: “We generated robust cash flow in the quarter and ended March with a strong cash position and balance sheet."

Shares in Twilio shot up 40% on Thursday after the company reported EPS of $0.06 on revenue of $364.9 million — up 57% YOY. “Given the strength of our balance sheet, as well as the size of the opportunity in front of us, our intention is to continue investing through the cycle,” said Khozema Shipchandler, Twilio’s finance chief.

The latest estimates placed the cost of the coronavirus pandemic to the world economy at $4.1 trillion, or almost twice the GDP of the United Kingdom.

We’ve all had that one job we hated. Some of us got to quit in style, with a sass-riddled ‘you can’t fire me, I quit’ and strutting off into the sunset to a round of your ex-colleagues applause. Most of us, however, tip-toe around the subject for weeks before meekly handing over our notice. Tim Bray, former Amazon Web Service VP, on the other hand, has got us all beat after the ‘quit-show’ he gave the world last weekend. Not only did he leave Jeff Bezos’ empire, but he later published a scathing blog post condemning the company’s practices regarding employee welfare. Feel free to Google the 1,098 word-long post, but to summarize, here’s a quote: “I quit in dismay at Amazon firing whistleblowers who were making noise about warehouse employees frightened of Covid-19.” He went on further to label Bezos as a “chickensh*t”, which he later changed to “mean-spirited”. It was a bold move, but a commendable one. In his words: “That done, remaining an Amazon VP would have meant, in effect, signing off on actions I despised. So I resigned.”

So was there any backlash?

There’s been no retaliation so far it seems. According to Bray’s Twitter account, he has already been approached by Google, Comcast, Huawei, and a host of startups, but he is not looking for work right now. How funny would it be if he helped Shopify launch an AWS rival?

Amazon.com was almost called "Cadabra" as in "Abracadabra". That idea was struck down because CEO Jeff Bezos' lawyer misheard the word as "cadaver".