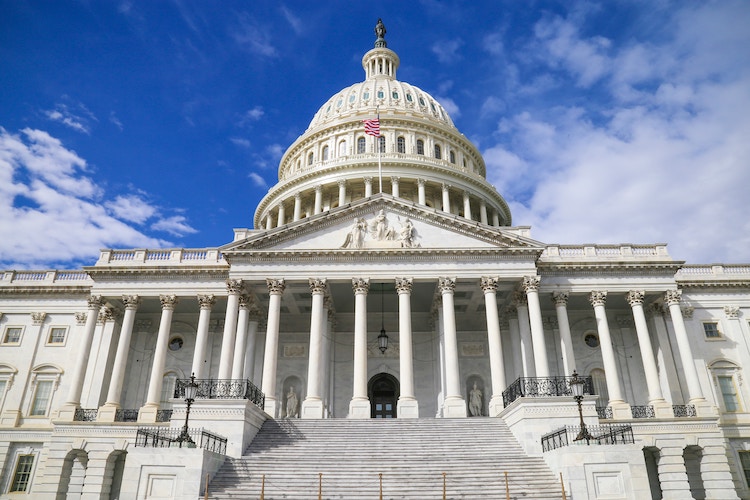 A quick housekeeping note to begin with — Monday, October 28 is a national holiday here in Ireland so there will be no Insight. The Five on Friday will be posted tomorrow with normal service resuming on Tuesday.

Now on to today's Insight. Hopefully, we'll manage to get through a week at some point soon without having to discuss Facebook, but it won't be this week…

Yesterday, Facebook CEO Mark Zuckerberg testified before the U.S. House Committee on Financial Services. The topic of discussion was supposed to be Facebook's plan to launch Libra, a global stable-coin. However, many members of the committee had other plans.

Given the chance to grill the elusive CEO, many representatives set out their own agendas, questioning Zuckerberg on everything from Cambridge Analytica to election interference and child exploitation. Perhaps one of the most bizarre moments occurred when Florida congressman Bill Posey (who looked like he'd wandered into the chamber by mistake) proceeded to spout anti-vax talking points before asking Zuckerberg if he was "100% confident that vaccinations pose no injury to any person on this planet?". Somewhere in there was a point about freedom of expression, but most people were probably too busy rolling their eyes to pick up on it.

The topic of freedom of expression came up multiple times, particularly in reference to political advertising and what steps Facebook was taking to tackle the spread of misinformation from politicians. As is becoming the norm, Alexandria Ocasio-Cortez ensured her exchange would make the rounds on social media. AOC (as she's become known) pressed Zuckerberg on a number of hypothetical scenarios in which she could use Facebook's current tools and policies to lie about political opponents and influence voters. Zuckerberg's response that he thought it was "bad to lie" hardly inspired much confidence in the CEO's understanding of the power of his own platform. A follow-up question regarding a right-wing publication with links to white nationalism being designated a fact-checker had Zuckerberg looking towards the Chairwoman with a bemused "is she allowed to ask that?" look.

The message from Democrats was clear — you have messed up in the past, you've lied in the past, why should we trust you this time? Zuckerberg stuck to his usual talking points, admitting that mistakes were made but that systems have been put in place to try to prevent a repeat of such.

When questions about Libra did come up, there was a sense that most committee members really didn't understand the heart of the matter. As Alex Stamos pointed out on Twitter:

Zuckerberg expressed two reasons why he believed that Libra was the right step forward. The first was that it would help the billions of "unbanked" people around the world that have access to a mobile phone. This did not go down well. Representative Sherman had the harshest rebuttal:

"For the richest man in the world to come here and hide behind the poorest people in the world, and say that's who you are really trying to help...you're trying to help the people for whom the dollar is not a good currency...terrorists, drug dealers, and tax evaders".

Jeff Bezos will surely not be happy to see his much younger business rival elevated to the richest man spot, although I doubt he would have traded places with Zuckerberg at the time.

The second point Zuckerberg made in support of Libra was that China was racing ahead to launch a similar product and that the U.S. could not be left behind, particularly given China's attitude to American values like freedom of expression. This was a particularly savvy argument from Facebook given the recent issues the NBA has faced. It is worth remembering though that, not long ago, Zuckerberg was on a serious charm offensive with the Chinese authorities, learning Mandarin and even asking President Xi to give his soon-to-be-born child an honorary Chinese name (Xi declined by the way).

Zuckerberg now appears to be repackaging his failure to get Facebook launched in China as a positive — for who else but the mighty Mark Zuckerberg will stand up for the rights of billions and promote American values around the world in the face of China's growing influence? Certain Republicans lapped this up, perhaps a signal of Facebook's recent lobbying efforts. In the face of regulation, I would not be surprised if Facebook does find a natural ally on the right side of House moving forward.

A rather embarrassing moment emerged when Representative Al Green asked Zuckerberg about the makeup of the Libra Association. Asked if any of the 21 institutions were led by women, Zuckerberg responded that he didn't know — an amazing display of ignorance given that these are the businesses that Facebook has chosen to front a new global currency. (On a side note, none of the for-profit companies are led by women, though some of the VCs are partnerships that include female partners. The Women's World Banking non-profit is led by a woman — something you would think Zuckerberg would know.) Asked if any were minorities, Zuckerberg didn't know. Asked if any were from the LGBTQ+ community, again, Zuckerberg didn't know.

Following the hearings, it's become quite clear that Facebook probably stuck their neck out too far with this one. The idea that they could appease regulators by setting up an association in Switzerland that they would merely be a member of but that would ultimately create tremendous value for them was so transparent that I doubt they ever really believed it would work. Now Libra is being used as an excuse to take the company to town for every mistake they've made in the past.

It was uncomfortable to watch Zuckerberg sit there and absorb the punches. He's certainly getting better at it, but I doubt he'll want to have to deal with it again anytime soon.