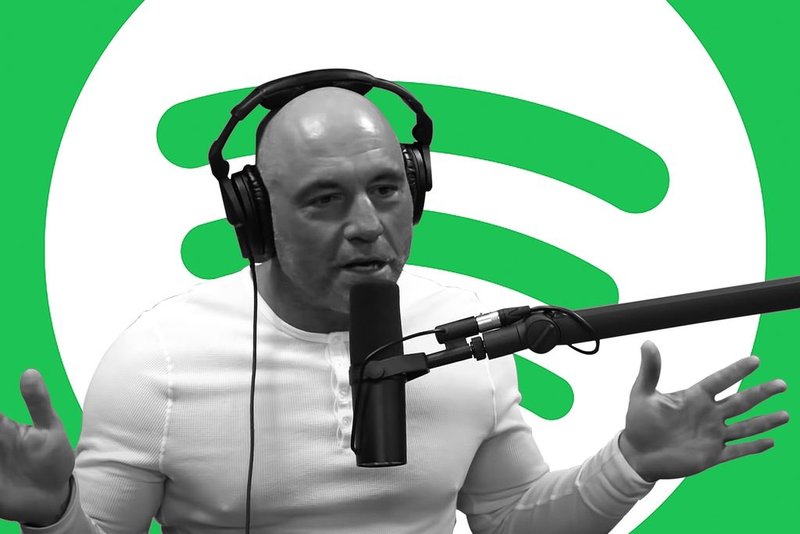 Has Spotify Found Its Golden Goose?

The world of podcasting is still very much in its infancy, but yesterday saw what was undoubtedly the biggest news story the industry has ever seen. American comedian Joe Rogan announced via Twitter that his podcast, The Joe Rogan Experience, will become a Spotify exclusive at the end of the year.

The Joe Rogan Experience is the biggest podcast in the world, regularly exceeding over 200 million downloads. Rogan also films the podcasts and uploads them to YouTube, where they generate significant viewership. An interview with Tesla CEO Elon Musk in 2019 was viewed 34 million times on the streaming site and over 8 million people are subscribed to his channel.

These numbers are important to understand as it gives us some idea of the huge money that was likely involved in acquiring the licensing rights. Previously, Rogan had refused to upload his content to Spotify, citing poor royalties. Importantly, The Joe Rogan Experience will remain free despite being exclusive, which means that Spotify users on the ad-supported plan will have the same access as premium subscribers.

So what’s the game plan? Why is Spotify paying a reported $100 million dollars for a product that they won’t then charge for?

The podcast industry is still quite fragmented. Apple’s native podcast player is the most popular platform, but others, including Spotify and Anchor (which Spotify acquired in 2018) have been gaining traction. Spotify’s ultimate goal is to become the one-stop-shop for all audio content. With a large lead in the music streaming wars, podcasts are the natural next step.

Podcasts are a tricky business to navigate as it’s been shown that consumers are largely unwilling to pay for them. Luminary Media, a startup that aimed to be the Netflix of podcasting, has failed to attract customers since its launch in 2019. However, subscriptions aren’t Spotify’s only revenue stream. They also make money from their non-paying users through advertising.

And this is also how many podcasts make money. However, regular podcast listeners will have noticed that there seems to be quite a small number of advertisers participating in the podcast ecosystem. That’s because, to date, there is no centralized advertising platform for podcasts. Organizing advertising on podcasts is work-intensive and still quite analog. However, if a podcast platform with a large listenership could build one, that could all change. Any advertiser could easily produce dynamic ads that could be inserted into any podcast, big or small, with analytics driving the price.

This is the Spotify podcast strategy. They want to be the Google Adwords of podcasting and are in a good position to get there, particularly as Apple has shown practically zero interest in doing it themselves and Spotify already has an audio advertising business for its ad-supported music streaming.

However, they still need to get more people listening to podcasts on Spotify, and changing human behavior is hard. I personally use a platform called Overcast and find the Spotify experience to be lacking. Can exclusive content drive this change?

The beauty of the move for Rogan’s podcast is that Spotify doesn’t actually need much exclusive content. Based on my experience, the average podcast listener listens to more than one podcast, but less than 10 (usually around 5). That means one content provider could account for anywhere between 10% and 50% of your overall podcast experience. That’s more than enough for users to switch platforms, particularly when most people already have the app downloaded on their phone and there is no charge. This is different when it comes to music streaming, where people usually have hundreds of artists that they want to listen to depending on their mood.

That means Spotify only needs a few big exclusives to catch a large percentage of the market.

But what’s to stop Apple or Google doing the exact same thing and splitting the market? That’s a great question. What stopped them this time? Surely Apple, with the largest podcast platform and all the data, would happily outbid Spotify for the hottest property in the space?