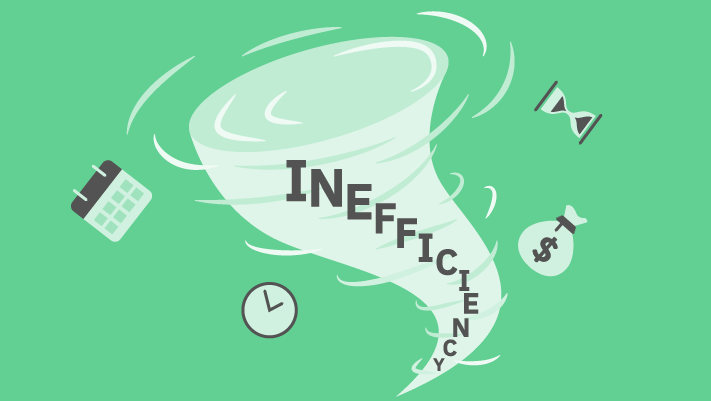 Inefficient Industries and the Future of Higher Education

Here’s something that sounds counterintuitive: the most inefficient industries often breed the best investment opportunities.

We were asked on a recent episode of the Stock Club podcast (the number one investing podcast in Bermuda, in case you haven’t heard) whether we take a ‘top-down’ or ‘bottom-up’ approach when finding new companies to invest in. To put that another way, do we look at an entire industry first and then filter our search down to individual companies, or do we find certain companies we like and then go on to explore the wider sector they exist in.

The answer to this was a healthy mix of both, but the question got me thinking about the times we target specific industries and, in particular, inefficient industries.

When I talk about inefficiency here, I mean sectors of the economy that are no longer operating as they should. Quite often these are old, legacy-laden sectors with high degrees of regulatory burden or some other form of moat. This makes the main players complacent without fear of competition, leading to things like opaque pricing and decreased customer satisfaction. Importantly, this also means that these industries become ripe for disruption by some young upstart that could flip the whole thing on its head. It’s those upstarts that we’re specifically looking for as potential investments.

Here at MyWallSt, the two most inefficient industries we have in our crosshairs are healthcare and higher education. Most of you all (certainly those based in the U.S.) will already be keenly aware of the inefficiencies in these spaces, but just in case you’re in any doubt, take a look at the following chart:

With exponential growth in the cost of services within these industries, far beyond the increase in wages over the same period, there is ample opportunity for disruption of the right kind to occur here. Which brings me around to my point.

Vladimir Lenin once reportedly said: “There are decades where nothing happens; and there are weeks where decades happen”, and one of the main effects of so many earth-shaking events occurring in such a small space of time is that the rate of change invariably quickens as the world adapts to the new normal. We’ve already seen it with the huge success of remote-working stocks like Zoom (ZM) and Slack (WORK), as well as healthcare disruptors like Teladoc (TDOC) and Livongo (LVGO).

The next industry that people are going to start talking about an awful lot is higher education as September nears and decisions need to be made about students returning to schools and campuses.

Scott Galloway is a professor of marketing at the NYU Stern School of Business. He’s also a well-respected writer and speaker on the modern market, especially with regard to tech and the digital landscape. Thanks to his day job as a professor, Galloway has an intimate knowledge of the economics that keep prestigious universities running at such hefty margins, but he also foresees some massive changes coming on the horizon. He doesn’t expect campuses to re-open in the autumn, for example, and, due to this, massive disruptions occurring in the sector long-term.

To quote the man himself, “Education startups will attract cheap capital and seize the opportunity the pandemic has accelerated. SARS was huge for e-commerce in Asia, and it helped Alibaba break out into the consumer space. COVID-19 could be to education in the United States what SARS was to e-commerce in Asia.”

Rather than trying to parrot everything Galloway says in his articles, I’ve included links to the posts here. They don’t take long to read and are definitely worth checking out:

And now for your homework.

Considering all you now know about the economics of higher education, plus a well-respected commentator's view on the future of this industry as he sees it, what companies do you see out there that might lead the way in reinventing higher education?

Will it be led by the giants of tech like Galloway thinks? Will the engineers of the future graduate with a degree from MIT/Google (GOOG)? Or will new players like Zoom facilitate remote degrees and make campuses a thing of the past? And what about some new upstarts out there just waiting to take this opportunity and run with it?

There’s not a lot of certainty in the world these days, but two things now seem pretty clear with regards to higher education: big changes are rapidly coming to this inefficient industry, and there is a lot of money to be made for the ones that take advantage of it first.