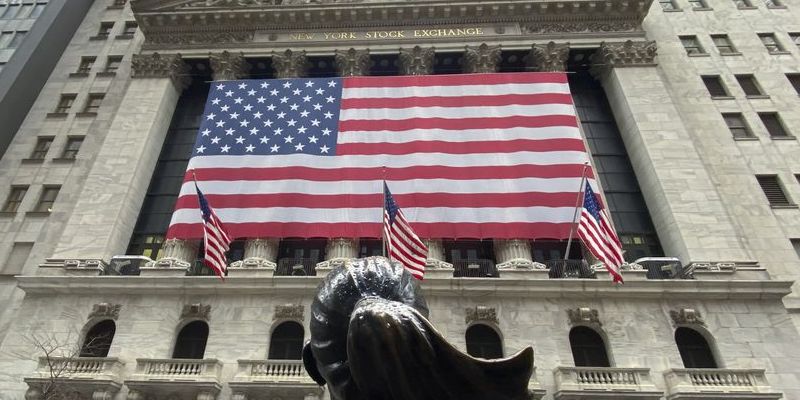 The S&P 500 is taking us along for a wild ride this year having just completed its greatest 50-day rally ever.

In the words of Mad Money’s Jim Cramer: “The market has no conscience”. Investors are not paying attention to civil unrest, growing tensions with China, or the pandemic right now. That’s why, on Wednesday, the S&P 500 passed the 50-day rally milestone in which time it gained 37.7% and is now close to its February highs. The Fed’s stimulus packages have played a vital role in this and helped increase consumer spending. While some industries saw shutdowns wreak havoc, at-home stocks held down the fort. Now, as consumer sentiment begins to turn optimistic and businesses report higher-than-expected traffic, there seems to be hope that the economy will recover faster than expected. It is still early days though, and I hate to be that guy, but there seems to be a lot of FOMO going around as new investors join the fray and snap up what they believe to be bargain buys. As Warren Buffett said: “Be fearful when others are greedy and greedy when others are fearful.”

You can buy a book on Amazon (NASDAQ: AMZN) entitled: ‘365 Daily Quotations from Warren Buffett's Writings and Talks’. I could probably write some philosophically ‘waffley’ story about each one.

Here's a picture of one of our company Zoom meetings because we’ve just got to talk about its blowout Q1 earnings report.

Just how well did Zoom do in Q1?

Very well. Zoom did very well. So well in fact that our Head Analyst Rory (bottom row, second from the right) had a bit of a swoon over them in his expert Daily Insight report this week. So let’s talk numbers: adjusted earnings per share came in at $0.20 (versus $0.09 expected) on revenue of $328 million (versus $202 million expected and a 169% increase YOY). That’s not all: Customers with 10+ employees jumped 354% YOY, monthly active users is estimated at 173 million (though Zoom doesn’t disclose these figures), while revenue guidance was doubled from $900 million to $1.8 billion. There’s been a lot of hype around this stock of late as the coronavirus forces business into remote communication, but this was something else. Zoom’s share price is up more than 220% YTD, and that's despite a litany of privacy issues that have haunted the stock since February. Whether Zoom can sustain this growth post-COVID and continue to fend off competition from the likes of Facebook (NASDAQ: FB), Google (NASDAQ: GOOG), and Microsoft (NASDAQ: MSFT) is another story, but it’s a hell of a start.

According to my calculations (which are not usually accurate, hence why I became a writer), on a slow week, I will spend upwards of 180 minutes on Zoom calls at work.

After 9 years in the blissful, earnings-free realm of privatized existence, Warner Music came back to the fold with its second IPO this week.

How did the IPO go?

Warner’s stock soared 20% on its opening day Wednesday, with the biggest IPO of 2020 opening 8% above its IPO price. Of course, this is not the company’s first IPO rodeo, having gone public back in 2005 before being sucked back into private life through a $3.3 billion buyout by Access Industries in 2011. At the time, the music industry was bleeding cash, but through the streaming revival, music has become profitable again. Warner wants back in, and so far, it looks like the right choice. Warner represents popular artists such as Lizzo, Cardi B, Ed Sheeran, and Bruno Mars, and licenses out thousands of songs to companies such as Spotify (NYSE: SPOT) and Apple (NASDAQ: AAPL). It posted annual profits in excess of $200 million for fiscal 2019, and just raised a further $1.92 billion in its offering of 77 million shares. The world’s third-largest music producer is back in the public sphere and it’s got money to spend.

It is estimated that Alphabet-owned YouTube pays in excess of $1 billion per year to license music from labels, including Warner.

Earnings season is still underway here at MyWallSt, with the likes of Baozun (NYSE: BZUN) and Slack (NYSE: WORK) showing us their books this week.

How did these stocks perform in Q1?

Chinese e-commerce company Baozun reported adjusted earnings of $0.06 per share on revenue of $215.2 million. Baozun has benefited from a return to normality in China as e-commerce and production lines resume.

E-signature software company DocuSign (NASDAQ: DOCU) saw its shares pop on Thursday after reporting an earnings beat with a net loss of $47.8 million, or $0.26 a share, on revenue of $297 million. For the current quarter, DocuSign offered guidance on revenue of $316 million to $320 million.

Shares in Duluth Holdings (NYSE: DLTH) soared 20% following an earnings beat on Thursday, with the company reporting a 32% jump in sales to bring in revenue of $109 million. To deal with the COVID-19 downturn, the company said it had cut spending by 50% across the board.

SaaS leader Slack saw shares fall on Thursday despite beating analyst expectations with revenue of $201.7 million in Q1. Slack reportedly added 12,000 paying customers, including Amazon, which will see the pair team up to take on Microsoft Teams.

Smartsheet (NASDAQ: SMAR) saw shares plummet Wednesday despite posting a revenue increase of 52% YOY of $85.5 million, and a net loss per share of $0.11. Investors were spooked by the company’s decision to pull fiscal guidance for 2020.

Ski-resort specialists Vail (NASDAQ: MTN) reported better-than-expected earnings this week with revenue of $694.09 million and EPS of $3.74. Regardless, Vail shares have still lost about 15.8% since the beginning of the year versus the S&P 500's decline of 3.3%

Tech company Yext (NASDAQ: YEXT) saw its shares fall on Thursday after it reported a Q1 loss of $29.2 million, or $0.25 per share adjusted. For the current quarter ending in August, Yext expects its results to range from a loss of $0.13 to $0.11 per share.

Slack actually has a feature that allows you to take control of another user’s computer (with their consent hopefully), so be careful about letting your colleagues near your stuff.

Last Saturday, I found myself in my garden staring up at a very clear moon in silent anticipation of SpaceX’s crewed Dragon Capsule, which was supposed to be visible at 20:42 GMT. Alas, 20:42 came and went with no dragon in sight, but the mission was far more successful than my viewing efforts. It was the first manned launch on U.S. soil since 2011 and it’s the first time a private company has sent a manned mission to the stars. Though a private company, the Elon Musk-owned venture is closely tied with Tesla (NASDAQ: TSLA), with the latter's stock jumping more than 7% Monday following the launch. Though there is no direct connection between the two companies — aside from the fact there’s a Tesla floating around space right now (seriously, Google it) — the incredible success of SpaceX as a pioneer in the private space industry has boosted Elon Musk’s profile, with his already cult-like following of investors now encapsulating space enthusiasts too. It also didn’t hurt that millions of viewers saw the mission’s astronauts transported to the shuttle via Tesla vehicles.

What was different from other historical launches?

Aside from a private company — SpaceX — sending men to space, it is in the reduced cost of such a feat where its true value lies. SpaceX has successfully recovered the booster rocket which launched the shuttle, and it can be reused again and again, reducing costs significantly and paving a new path towards affordable travel into space.

On the Dragon capsule's first test flight in December 2010, it carried a wheel of cheese with it; a tribute to a classic skit from actor John Cleese in the British comedy show Monty Python's Flying Circus. If you get it, you get it.